Medicare for All has been the rallying cry of independent Vermont Senator Bernie Sanders during both of his attempts to win the Democratic presidential nomination. In fact, Sanders’ vision of healthcare has, to a large degree, become the default position of the Democratic party, with a majority of the Democratic candidates in the 2020 primary race supporting his plan, or a version of it.

According to Sanders, Medicare for All is going to not only provide universal coverage to Americans, but also will “save families and our entire nation significant sums of money,” while at the same time improving both the economy and the lives of “all Americans.”

Under Medicare for All you will never lose health coverage, even if you:

Medicare for all would not only guarantee health care for all people, not only save families and our entire nation significant sums of money, it would radically improve the lives of all Americans and bring about significant improvements in our economy. https://t.co/Osktw8zcCj

The senator is rarely challenged about the feasibility and affordability of a Medicare-for-all plan, unlike fellow Democratic senator, Elizabeth Warren, whose universal healthcare plan has been widely scrutinized and criticized, from both people on the right and the left.

Part of the reason that Sanders has avoided widespread scrutiny for his plan is that he has steadfastly refused to answer questions about how he would pay for universal healthcare. During an interview with John Harwood, Sanders said, “You’re asking me to come up with an exact detailed plan of how every American — how much you’re going to pay more in taxes, how much I’m going to pay. I don’t think I have to do that right now.”

Additionally, Medicare for All has overwhelming support from within the Democratic party, with one study stating that 77 percent of Democrats are in favor of the idea. Most of the media class, the group of people that would be questioning Sanders over his plan, identify themselves as Democrats, Nate Silver wrote in 2017 that, “as of 2013, only 7 percent of them [journalists] identified as Republicans.” The implication is that when someone likely already agrees with a position, they are less likely to question it. (RELATED: Democrats Are Reportedly Beginning To Think Bernie Sanders Might Be Their Candidate)

Even though Sanders has long dodged questions about how he would specifically pay for a universal healthcare plan, he has provided rough blueprint for paying for his plan. According to AP News, the funding for medicare-for-all will come from several different areas including a 7.5 percent payroll tax for employers, which would replace what they currently spend on healthcare benefits. Additionally, households with earnings above 29,000 would pay a 4 percent premium, increased income taxes on households making more than 250,000 dollars along with a wealth tax on the wealthiest 160,000 households, and a one time tax on corporate off-shore profits.

These tax raises will be necessary to pay for universal healthcare, because the senator has repeatedly stated that his plan will “eliminate deductibles, along with co-payments and premiums.”

Having private health insurance doesn’t mean a damn thing if you have a $5,000 deductible that you can’t afford.

That is why Medicare for All will eliminate deductibles, along with co-payments and premiums.

However, the question remains, will these proposed changes actually cover the cost of Medicare for All, which most sources, including those on the left, agree will be astronomical? In fact, according to Urban Institute, cited by the Atlantic, the cost of a Bernie Sanders-style healthcare plane would be an additional 34 trillion dollars in government spending throughout it’s first decade. Furthermore, according to Politifact, Sanders’ proposals would raise roughly 16 trillion over the next decade, only half of the real cost of the program and Sanders, “hasn’t said how he would close the gap.” 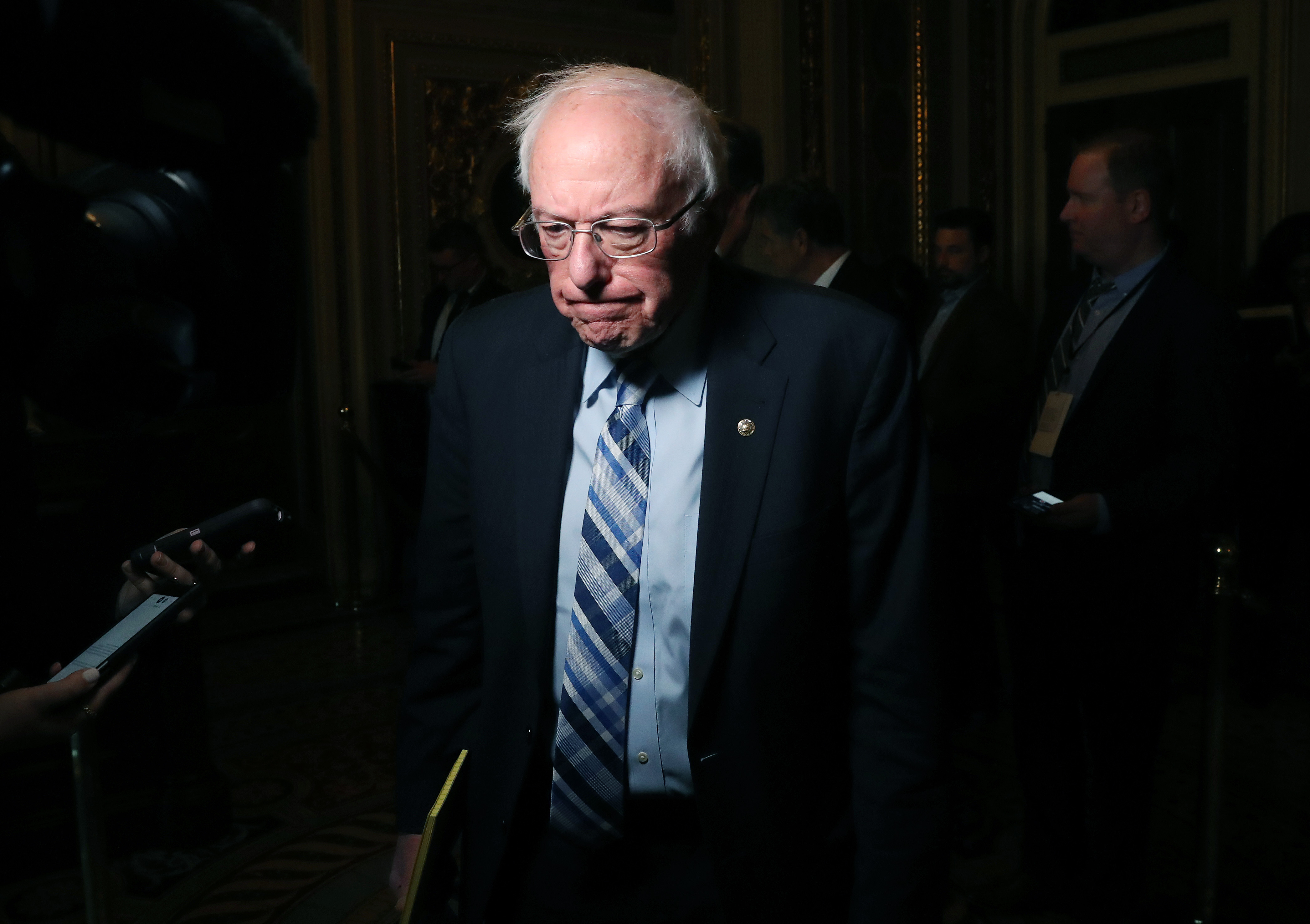 One of the immediate problems with these new taxes is that there would be an economic cost, as the new system could cost people their jobs, given that the private healthcare insurance system is a large part of the economy. He admitted as much during a Town Hall in New Hampshire, “Will there be job loss? Yes, there will be.” According to the Boston Herald, “University of Massachusetts Amherst economist Robert Pollin told Kaiser Health News earlier this year Medicare for All could cost some 2 million jobs.”

Given that the plan Sanders advocates for is more sweeping than any socialized healthcare plan that currently exists, it should face much more scrutiny than it has. The burden of proof should be on Sanders to explain how he can entirely restructure the American healthcare system and overcome the projected 34 trillion dollar cost in a financially responsible way.