Fox News Channel won big in the ratings this month, with January giving FNC its best month for primetime ratings since the month of the 2016 election.

“FOX News Channel (FNC) has marked yet another historic milestone, notching its 18th consecutive year as the number one cable news network, according to Nielsen Media Research,” Fox News said in a press statement.

The release notes that FNC, “scored its highest-rated month in total viewers since February 2017 with total day and November 2016 with prime.”

“For the 43rd straight month, FNC crushed all of basic cable in total day viewership with 1.7 million total viewers for the month of January. In primetime, FNC was also the most-watched network in all of basic cable with 2.9 million viewers, dominating sports-focused ESPN.” 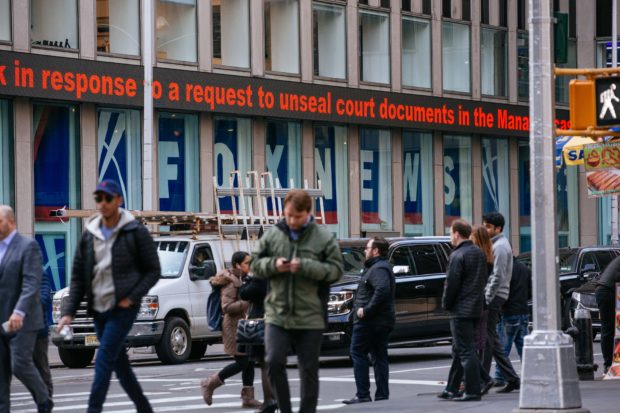 Fox News personalities like Sean Hannity, Tucker Carlson, and Laura Ingraham and the network in general have all benefited since impeachment drama started this fall.

1
Federal Court Blocks Trump Administration's 'Remain In Mexico' Program
US
2
'Don Jr. Better Not Get Close To Me': Democratic Congressman Appears To Threaten Trump Jr.
Politics
3
Joe Biden Says He 'Became A Professor' After Leaving White House — He Never Taught A Class
Politics
4
Hillary Doesn't Understand The Can Of Worms Her New Podcast Will Open — So We Explained How It Will Blow Up In Her Face
Editorial
5
Video Shows Drag Queen Suggestively Crawling Up To A Child As Adults Cheer And Celebrate
Politics