The coronavirus will hopefully not be the worst pandemic, but it’s surely shaping up to be wokest pandemic.

On Monday, MarketWatch, a business site that seems determined to keep up with the woke trend in corporate America, bannered, “‘No Chinese allowed’: Racism and fear are now spreading along with the coronavirus.” For its part, The Los Angeles Times didn’t want to be out-woked; its headline read, “Fear of coronavirus fuels racist sentiment targeting Asians.”

Moreover, wokeism is worldwide; hence this header from the BBC, “Coronavirus: French Asians hit back at racism with ‘I’m not a virus.’” 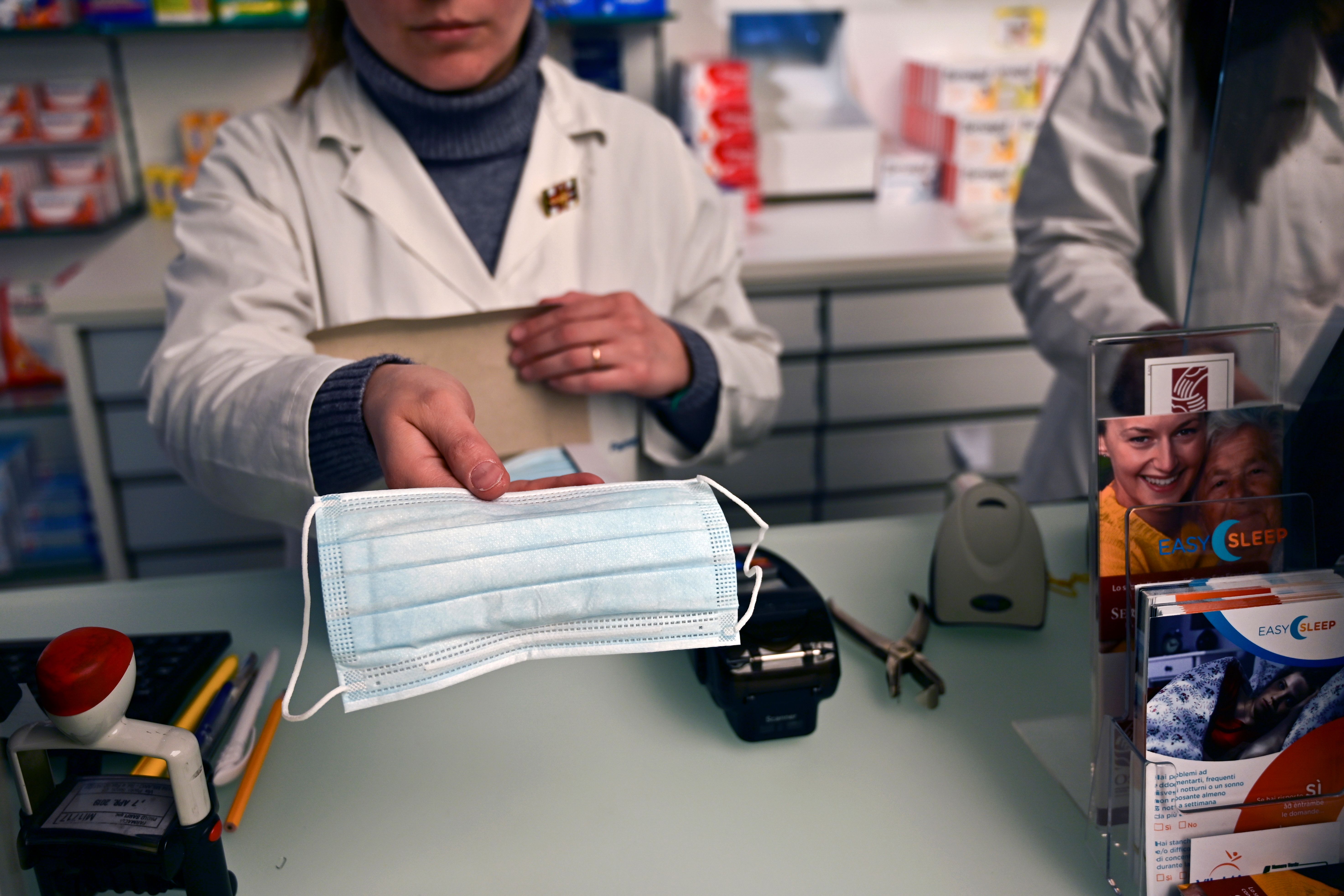 A pharmacist shows a model of mask in a pharmacy of via Paolo Sarpi, the commercial street of the chinese district of Milan on Jan. 30, 2020. (Photo by MIGUEL MEDINA/AFP via Getty Images)

If one wants to get a sense of how this sort of journalism is being created, we might consider the Twitter feed of one Peter Rölle-Dahl, a reporter for Deutsche Welle. He tweeted Sunday, “Are you Asian or of Asian descent, and have experienced racism or xenophobia related to the coronavirus? Then please DM [direct message] me! I’d like to help tell your #imnotavirus story.”

Are you Asian or of Asian descent, and have experienced racism or xenophobia related to the coronavirus? Then please DM me!

I’d like to help tell your #imnotavirus story on @dwnews tomorrow, Monday.

Interestingly, having tweeted that he wanted to hear only from Asians, Rölle-Dahl seemed then to catch himself in the thought that he might seem to be exclusionary. So he soon followed up with a second tweet: “So sorry, everyone! DMs now open to anyone!!”

So we can see that in the minds of wokesters, the coronavirus, which as of Monday had killed at least 362 and sickened more than 17,000 — mostly in China but also in at least two dozen other countries — is less a calamity for public health and more of an opportunity for virtue-signaling and click-baiting. (RELATED: The Coronavirus Is Only The Latest Deadly Disease China Has Unleashed On The World)

Yet we can further observe that wokeness isn’t confined just to journalists hungering for eyeballs. On Monday, The Washington Post ran an opinion piece by Jennifer B. Nuzzo, an epidemiologist at Johns Hopkins University’s well-endowed Bloomberg School of Public Health; she argued, “fighting coronavirus with travel bans is a mistake.” 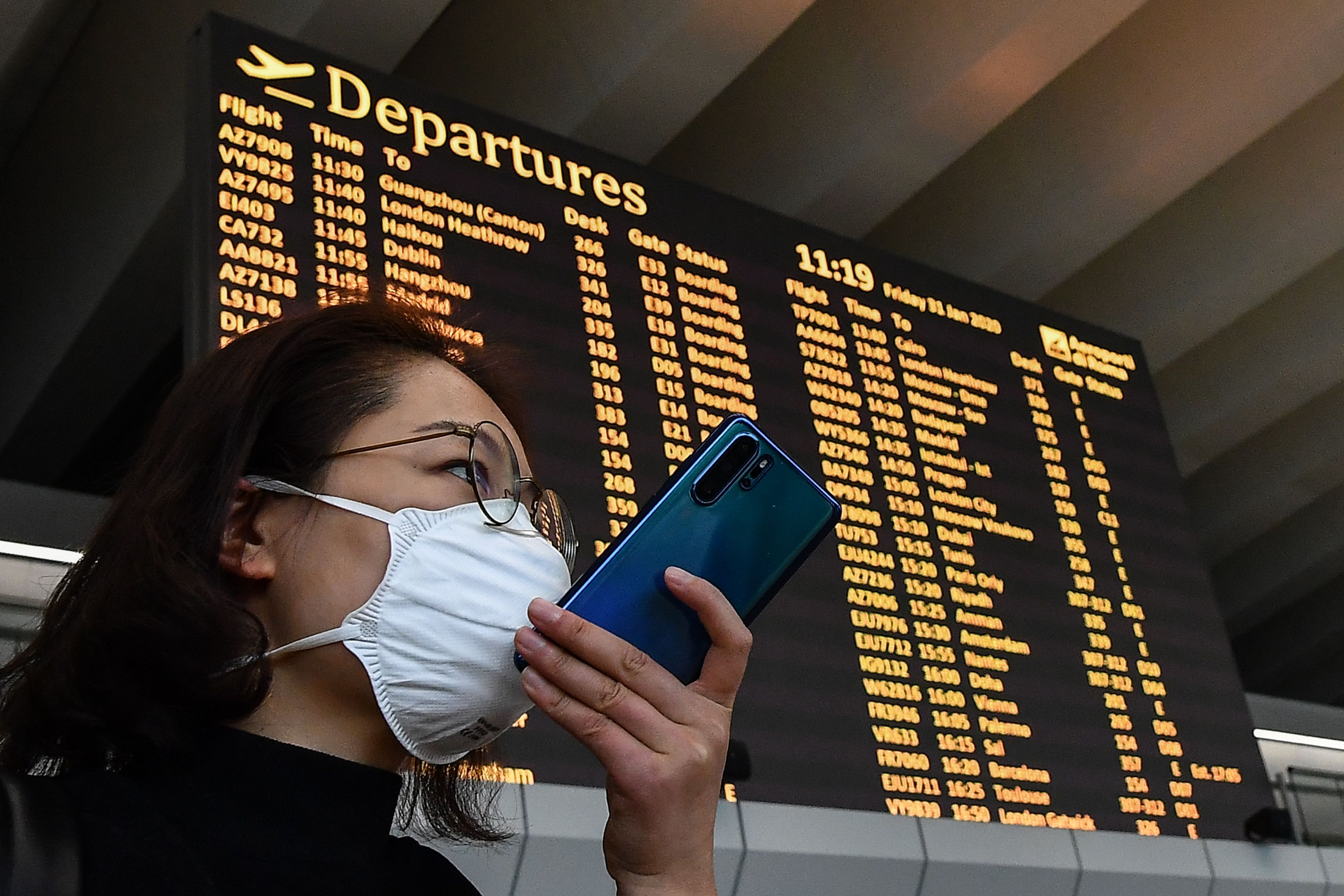 A passenger wearing a respiratory mask speaks on her smartphone by the departures board on January 31, 2020 at Rome’s Fiumicino airport, as a number of airlines halted or reduced flights to China as the country struggles to contain the spread of the deadly novel coronavirus. (Photo by TIZIANA FABI/AFP via Getty Images)

We can step back and see: The open-borders ideology is making inroads even in the field of public health, which was once a citadel of Hippocratic tough love. That is, in the old days, health professionals — including, but not limited to, the uniformed officers of the U.S. Public Health Service — had a way of trampling over the pieties of the age in their pursuit of … you know, public health. (RELATED: The Coronavirus: Dr. Nesheiwat Talks Protection, Prevention, and Government Intervention)

That’s why, in the era before the American Civil Liberties Union and the rights revolution, quarantines had real teeth. Interestingly, back then, even in the absence of advanced medicine — or any medicine — an effective quarantine could yield real results.

For example, in 1918-19, the world suffered an influenza pandemic — often remembered as the “Spanish Flu” — which infected some 500 million people, or more than a quarter of the planet’s population. Indeed, 50 million died. It was, according to estimates, the worst pandemic since the Black Death in the 14th century.

The dreaded flu even reached the Samoan Islands in the middle of the Pacific Ocean — and thereby hangs an instructive public-health tale.

In those days, Samoa was divided into two jurisdictions: Western Samoa, controlled by New Zealand, and American Samoa, controlled by Uncle Sam. As one chronicler recalls, when U.S. Navy Commander John Martin Poyer, the appointed governor of American Samoa, heard the news of the epidemic, he leapt into action: “His strategy … was to quarantine anyone with the disease on the Navy ships, with the goal of isolating the problem.”

Poyer was successful; not a single person in American Samoa died of the Spanish Flu. By contrast, in nearby Western Samoa, the New Zealander authorities took no such precautions, and the death rate for the population there was at least 20%.

For his no-nonsense life-saving action, Poyer was awarded the Navy Cross; his citation praised him for “wise and successful administration of his office and especially for the extraordinarily successful measures by which American Samoa was kept absolutely immune from the epidemic of influenza at a time when in the neighboring islands of the Samoan group more than 10,000 deaths occurred.” (RELATED: Coronavirus Death Toll Surpasses 200 As Outbreak Impacts Travelers Worldwide)

Of course, over the last century, much in public health has changed. Yet it’s still inescapable that the essence of fighting a contagious disease — whether it’s SARS or MERS or Ebola — is keeping the contagion from spreading.  Thus we come back to the “Q” word again: quarantine. 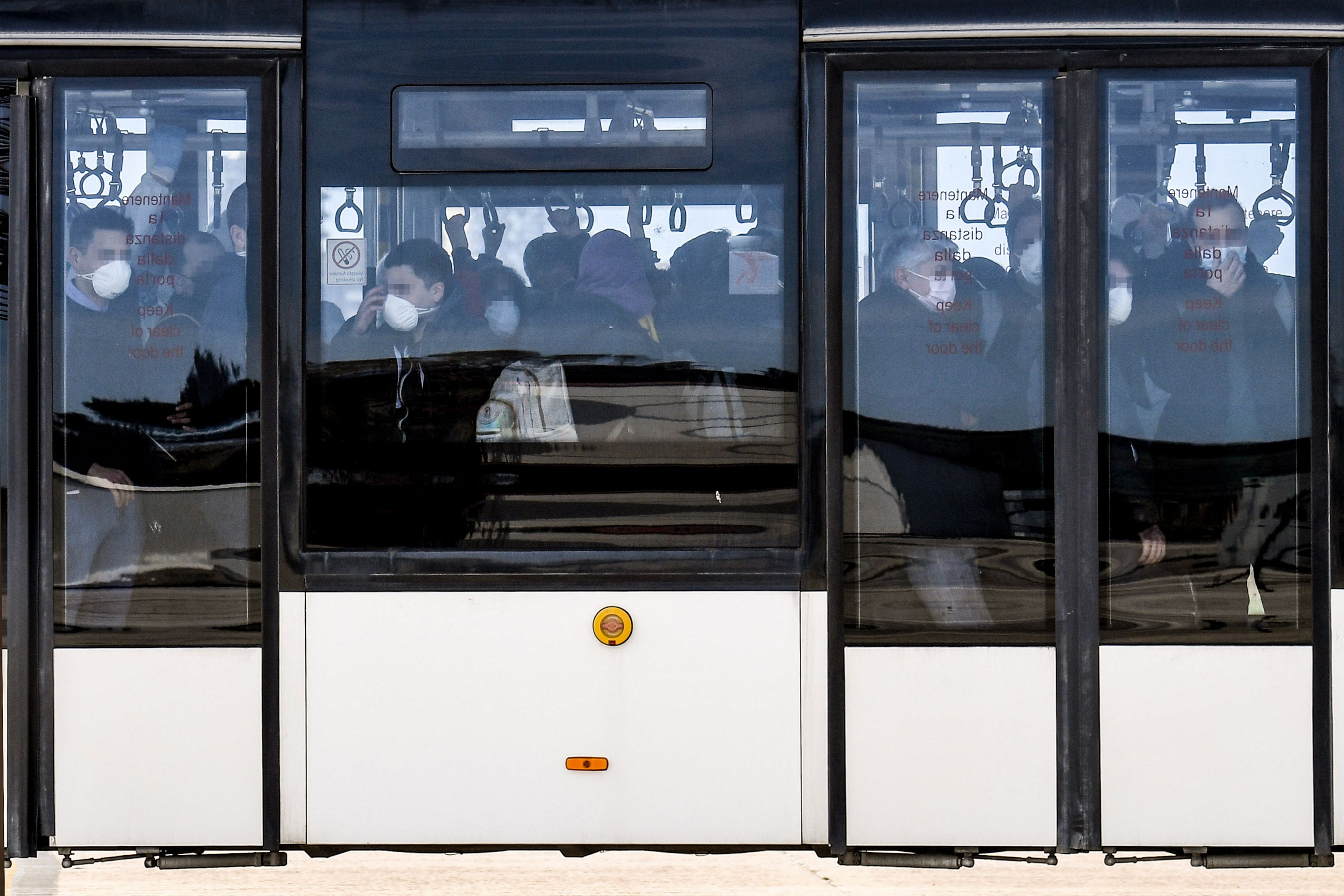 Italian citizens repatriated from the coronavirus hot-zone of Wuhan are transfered by bus after landing at the Mario De Bernardi military airport in Pratica di Mare, south of Rome, on February 3, 2020 prior to be placed in quarantine at the nearby Cecchignola center. (Photo by ANSA/AFP via Getty Images)

And yet today, the obvious expedient of cutting off the source of infection is deemed as unacceptably xenophobic or racist, at least by the Western elite — that is, the people who fill up the media with news articles and scholarly punditry. Nothing, it seems, can be allowed to get in the way of “migration.” Yes, the “the free movement of peoples” is about as close as the secular left can get to a sacred commandment.

By this reckoning, a quarantine is little different from “putting up walls.” Moreover, to be in support of any sort of wall is to be deemed objectively pro-Trump. And to the woke, that is the worst thing.

Much worse than a pandemic.