A Virginia-based GOP group launched a website Wednesday that provides voters information about how their respective states will fare if Vermont Sen. Bernie Sanders’s climate policies are put into action.

One of the resources featured on the Green New Deal Stats website is an interactive map highlighting what industry leaders believe the so-called Green New Deal (GND) will do to swing states. The America Rising Squared (AR2) website comes as Sanders continues to gain traction in his bid for president.

“The Green New Deal is the most radical proposal ever embraced by liberal politicians,” Chris Martin, AR2’s communications director, said in a press statement Wednesday before the group rolled out the website.

The group’s map relies on data collected in a 2017 study by the American Petroleum Institute, a U.S. trade association representing the oil and natural gas industry. One February 2019 report from the conservative-leaning American Action Forum suggested the GND could cost up to $93 trillion.

He added: “Every American deserves to know how many jobs it could destroy in their state and how much their energy costs could increase should this liberal pipe dream ever be implemented.” 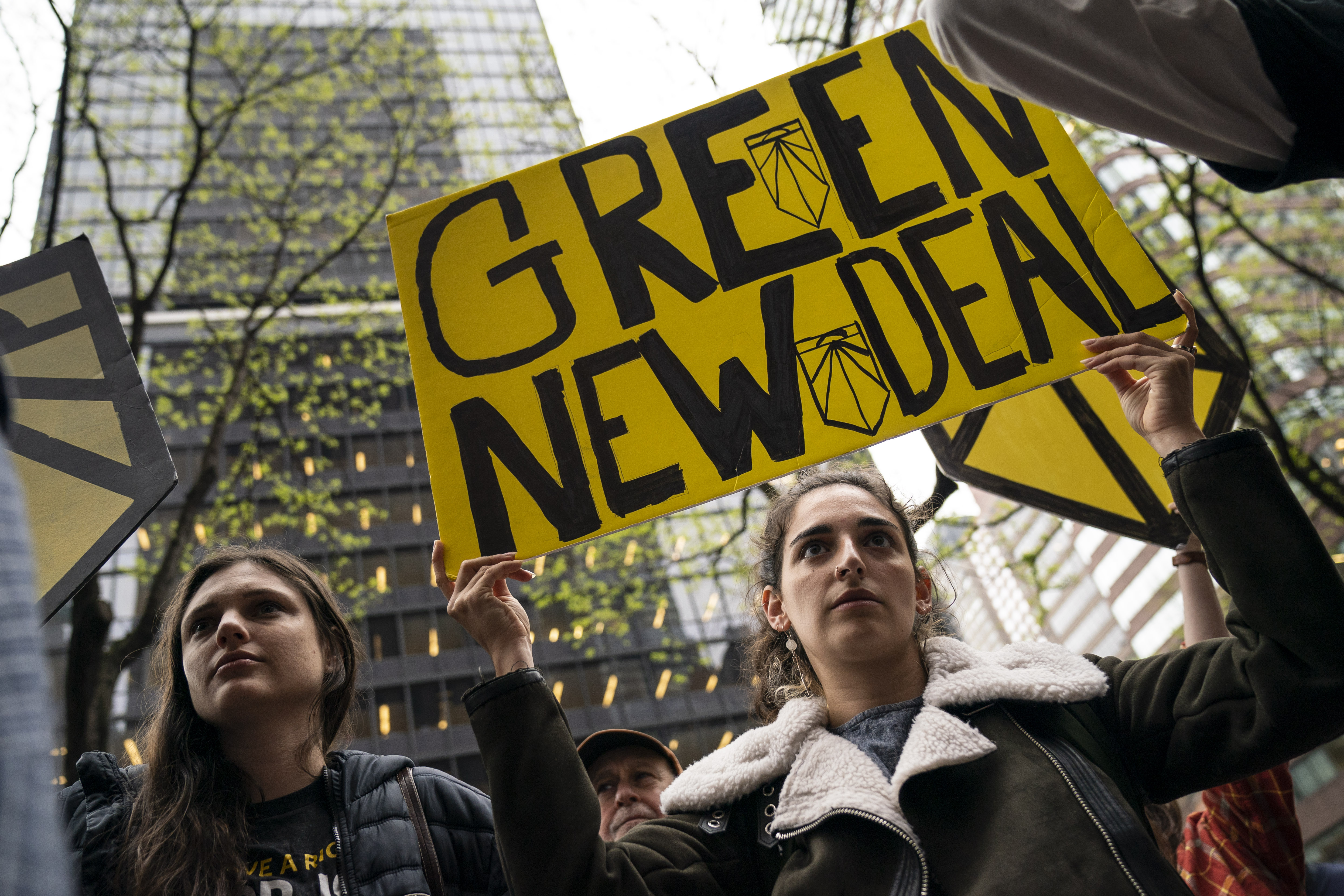 Pennsylvanians could see their energy prices increase by up to $327 per month, according to the map. Alabama could see its energy prices ratchet up by more than $400 per month if activists successfully cajole Democratic lawmakers into introducing and passing a new version of GND.

Democratic Sen. Elizabeth Warren of Massachusetts rolled out her own version of a GND in June 2019 that would create one million green jobs at the cost of $2 trillion over a decade.

Warren’s presidential campaign netted a big endorsement in December 2019 from Rhiana Gunn-Wright, whose Twitter profile suggests she crafted policy for the GND, a piece of legislation introduced by Rep. Alexandria Ocasio-Cortez, a New York Democrat.

The bill was ultimately defeated in March 2019, but has become a rallying cry for young climate activists and Democrats alike.