The Green New Deal could cost up to $93 trillion over a decade, according to a new report by the right-leaning American Action Forum (AAF).

That comes to an estimated cost of $36,100 to $65,300 per American household per year to meet the Green New Deal’s goals, AAF reported Monday. Those goals include “net-zero” emissions, widespread high-speed rail, guaranteed jobs, universal health care and upgrading every building.

Thus, the potential cost of the Green New Deal could range from 63 percent of the median to nearly 106 percent of what the average household earns a year. The median U.S. household income was $61,372 in 2017, according to government figures.

AAF looked at what it would cost to achieve the Green New Deal’s main goals. For example, eliminating emissions from the electric grid is estimated to cost $5.4 trillion over 10 years. Also, “greening” the U.S. transportation system could cost up to $2.7 trillion, including building out high-speed rail.

Universal health care, on the other hand, would add an estimated $36 trillion in costs to the Green New Deal over a decade — this was included in the proposal despite having nothing to do with the environment.

The Green New Deal will be very expensive – our initial estimates are summarized below – @DJHEakin. https://t.co/O8KgIzfy5q pic.twitter.com/2iXzpCRFH9 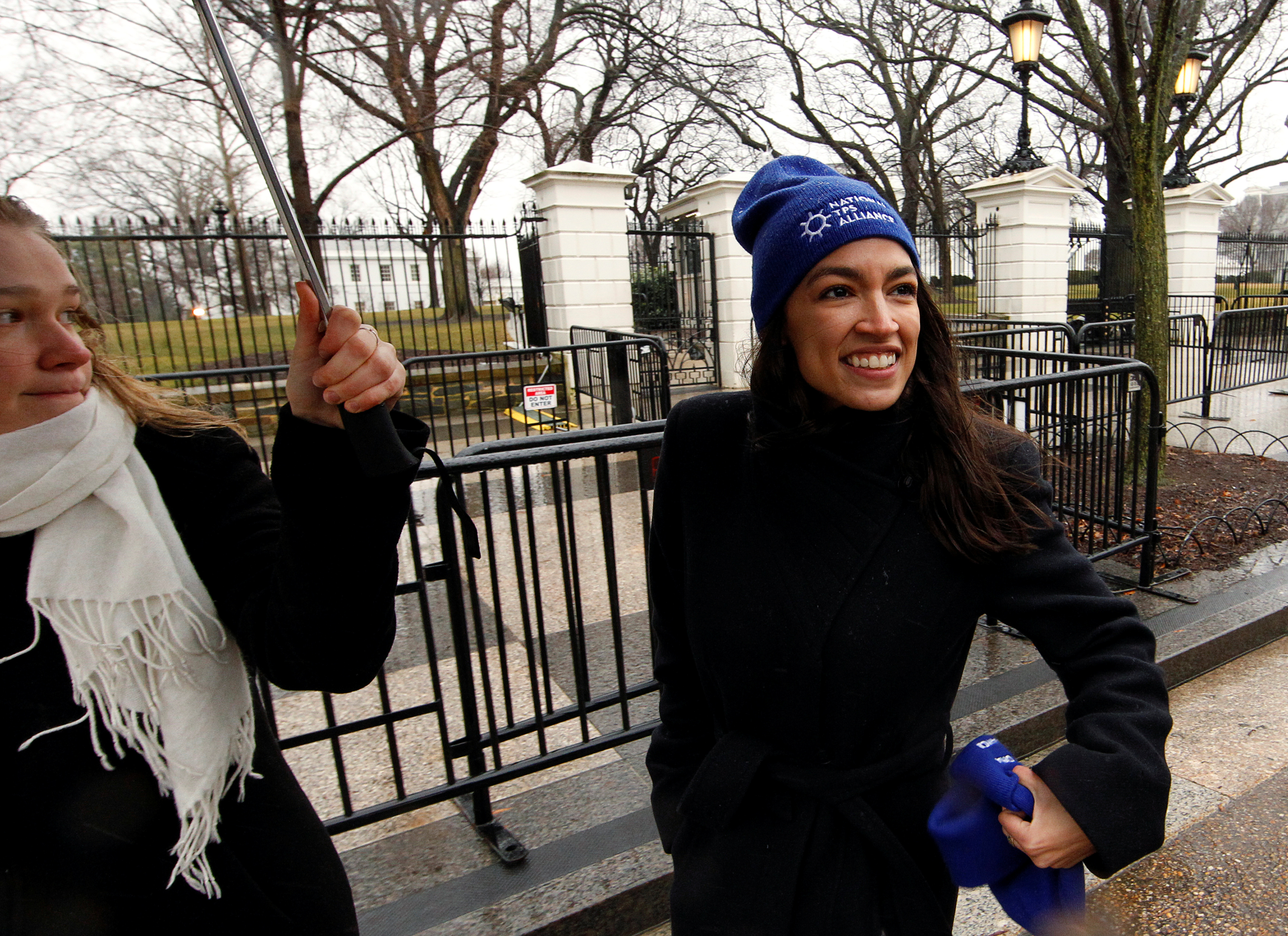 The resolution also calls for a slew of welfare programs, from federal job guarantees to universal health care, and for the government to focus on “repairing historic oppression” of certain groups of people. (RELATED: Washington Post Rips Green New Deal: ‘We Can’t Afford Bad Ideas’)

Republicans oppose the Green New Deal, seeing it as a massive expansion of government to control almost every aspect of American life.

Democrats are divided on support for the Green New Deal, despite support from every Senate Democrat running for president in 2020.