Ukrainian President Volodymyr Zelensky said in an interview Saturday that he is “ready for [the] next call” with President Donald Trump.

In an interview with CNN at the Munich Security Conference, the Ukrainian leader joked that all of the publicity from his last call with the president has made him “very popular in the United States.”

“If this way will help Ukraine, I am ready for the next call with Mr. Trump,” he added.
The July 25, 2019 phone call between Zelensky and Trump ultimately prompted an alleged whistleblower to accuse the president of leveraging military aid to Ukraine with an investigation into the former Vice President Joe Biden. The individual was not a participant in the telephone call and learned of the conversation second-hand. That accusation led to an impeachment inquiry against President Trump. (RELATED: Nunes: Ukraine Will Sink Biden’s Campaign, Not Trump’s Presidency)
But Zelensky, who has said he felt no pressure during that call, again said Ukraine has a “very good relationship with the U.S.” and thanked Trump for his support. 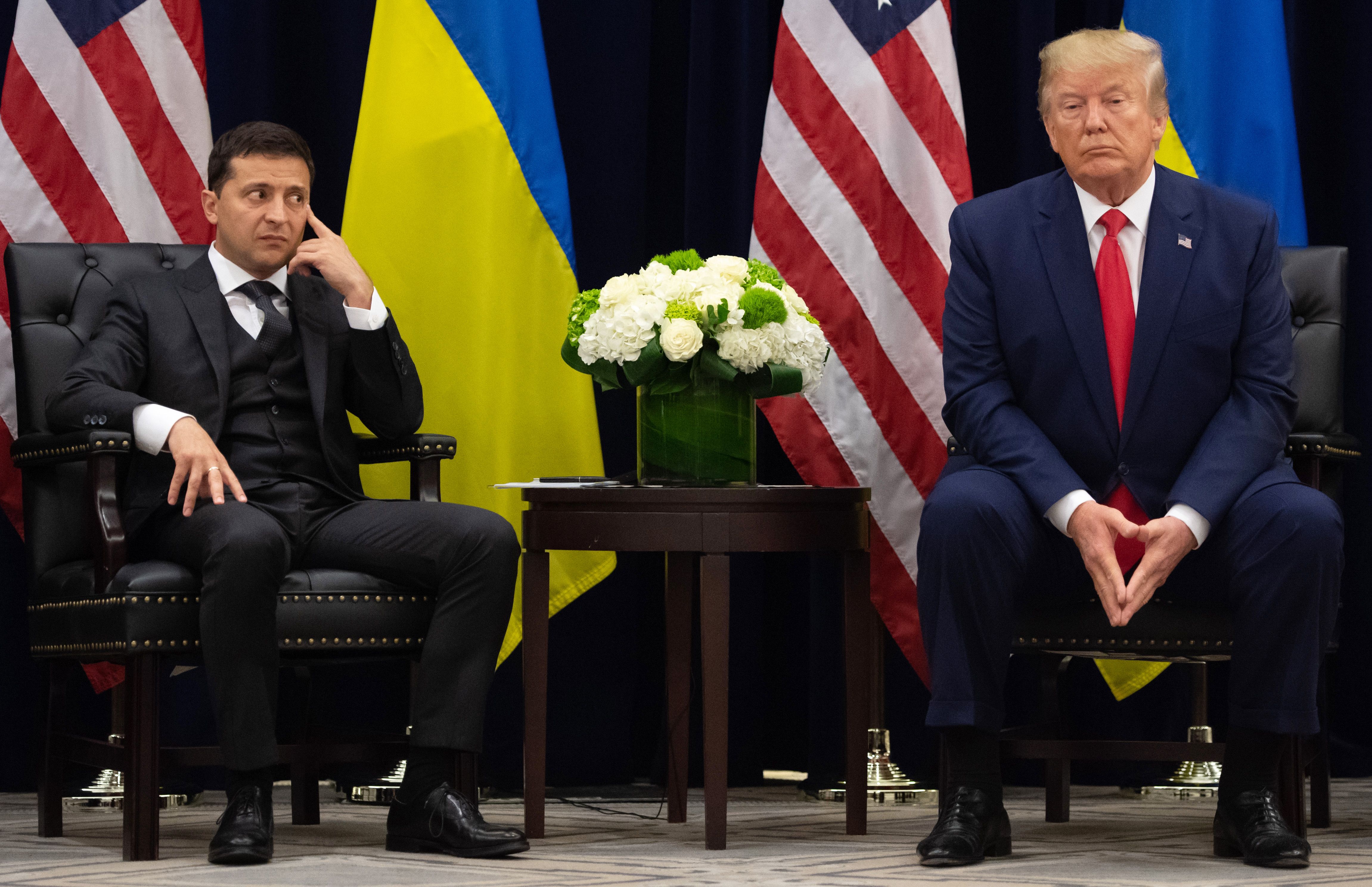 President Donald Trump and Ukrainian President Volodymyr Zelensky looks on during a meeting in New York on Sept. 25, 2019, on the sidelines of the United Nations General Assembly. (Photo by SAUL LOEB/AFP via Getty Images)

“I want to thank the president, and the U.S.A., and ordinary American people for supporting Ukraine, especially now when we have war. Thank you for your help … We feel it, we feel it with our hearts, with our body,” Zelensky said. (RELATED: Ukrainian Businessman Says Gas Company Hired Hunter Biden For Protection)

The Ukrainian president did want to clarify the issue of corruption in his country, saying it’s part of the past.

“That’s not true,” Zelensky said about corruption being as bad in current Ukrainian society. “When I had a meeting with President Trump and he said that in previous years [Ukraine] was such a corrupt country, I told him very honestly and I was very open with him. I told him that we fight with corruption. We fight each day.”

“Please, please stop saying that Ukraine is a corrupt country, because from now, it’s not true. We want to change this image,” he added.