Democratic presidential primary frontrunners have escalated attacks against former New York City Mayor Mike Bloomberg ahead of Saturday’s Nevada caucus, and those in President Donald Trump’s orbit predict this “civil war” will help to re-elect the president in November.

Independent Vermont Sen. Bernie Sanders and Democratic Minnesota Sen. Amy Klobuchar both directly accused Bloomberg of trying to “buy the election” during appearances over the weekend.

“I’ve got news for Mr. Bloomberg,” Sanders told a crowd in Carson City, Nevada on Sunday. “The American people are sick and tired of billionaires buying the elections.” 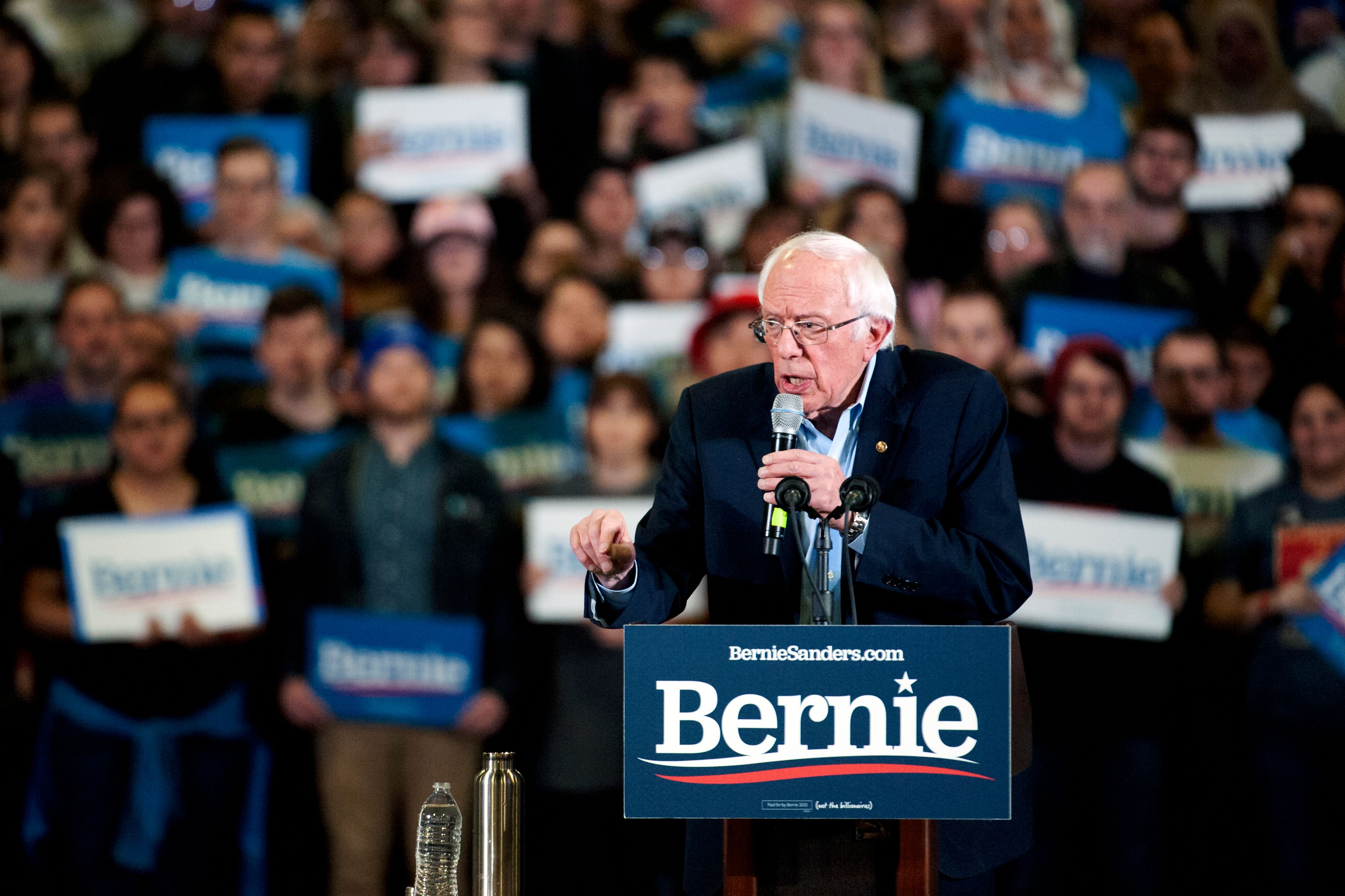 Sanders also claimed that despite “all his money,” Bloomberg will not create the kind of excitement and energy we need” to win the White House in 2020. Throughout the election cycle, Sanders has repeatedly confirmed his intent to instill a revolutionary wealth tax on millionaires and billionaires. He told CNN’s Erin Burnett back during the October primary debate that he wants to “tax billionaires out of existence.”

Similarly, Klobuchar said on CBS’ “Face the Nation” Sunday that Bloomberg, “cannot hide behind the airwaves and the money.”

Former South Bend Mayor Pete Buttigieg told Fox’s Chris Wallace in an interview aired Sunday that Bloomberg is “going to have to answer” for the “alleged sexism and racism” he allowed to permeate at his financial company, Bloomberg L.P.

Even former Vice President Joe Biden and Democratic Massachusetts Sen. Elizabeth Warren, both of whom have dipped in the polls following both the Iowa caucus and New Hampshire primary, are going after Mayor Mike. 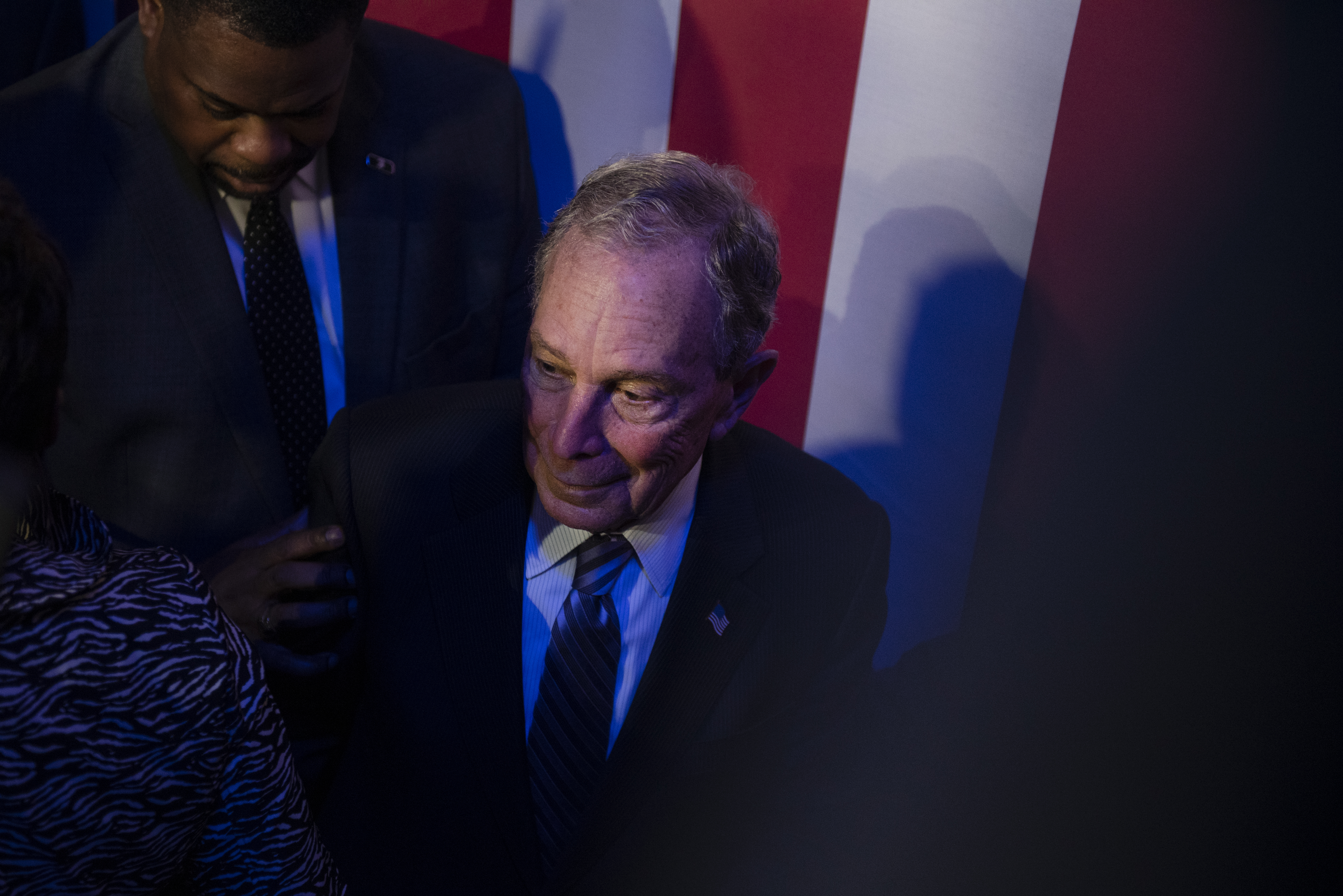 HOUSTON, TX – FEBRUARY 13: Democratic presidential candidate Mike Bloomberg steps off the stage after a speech at the Buffalo Soldiers National Museum on February 13, 2020 in Houston, Texas. The former New York City mayor launched “Mike for Black America,” an effort to focus on key issues relating to black Americans on his fifth campaign trip to Texas. (Photo by Callaghan O’Hare/Getty Images)

“$60 billion can buy you a lot of advertising, but it can’t erase your record,” Biden said on NBC’s Meet the Press of Bloomberg’s controversial stop-and-frisk policy. “You take a look at the ‘stop-and-frisk’ proposals. You take a look at his ideas on redlining he’s talking about. You take a look at what he’s done relative to the African American community. I’m anxious to debate Michael on the issues relating to, you know, what we’re going to face in Super Tuesday.”

Warren stated on MSNBC that he “is not someone who should be representing our party.”

Bloomberg, who did not appear on the Iowa or New Hampshire ballots or in any of the previous nine primary debates, has spent nearly half a billion dollars on campaign advertisements across a variety of platforms, including new attack ads directed at Sanders on Monday. As Biden and Warren have recently faltered in national polls, he has steadily gained support and currently sits in third place in the Real Clear Politics national polling average.

Multiple political strategists have signaled that, besides Sanders, he poses the best chance of winning the Democratic nomination, and some of Trump’s allies seem to think that these escalating attacks will fracture the Democratic caucus beyond repair. (RELATED: Election Dissection — Takeaways From New Hampshire Primary The Media Doesn’t Want To Tell You)

One former White House official told the Daily Caller that “a Bloomberg vs. Bernie convention battle will, in all likelihood, tear the Democratic party apart in a way we haven’t seen since 1968.”

Bloomberg is reportedly considering naming former Secretary of State Hillary Clinton as his running mate, a ticket that one of the president’s closest advisers, who asked to remain anonymous, conceded “might do fine against Trump.”

However, the adviser remains “deeply skeptical they can win the Democratic nomination. Are they really going to nominate the Goldman Sachs ticket? Hard to see that happening without splitting a civil war in the party.” 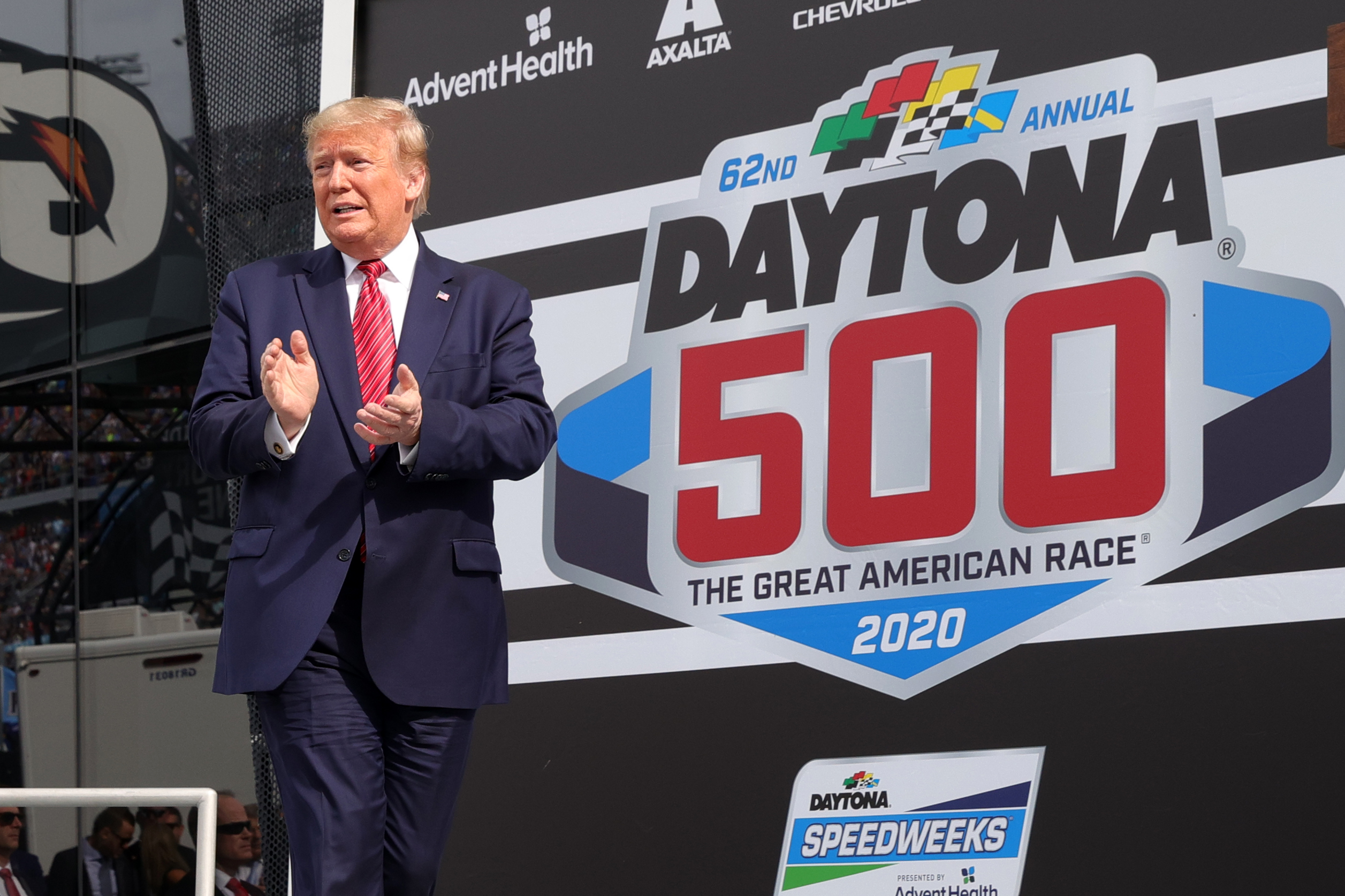 Trump 2020 communications director Tim Murtaugh said in a statement to the Daily Caller these attacks show “the Democrats have a giant mess on their hands.”

“It doesn’t matter which candidate gets thrown free of the wreckage in the end, because that candidate will be beat up and running on a big government socialist agenda,” he continued. “President Trump will wipe the floor with that unlucky Democrat by running on his clear record of accomplishment, the best economy in over 50 years and a stronger America.”

Even the #YangGang signaled that the financially-based attacks on Bloomberg are not a winning strategy.

“The problem is not Bloomberg’s money in politics, but money in politics in general,” the Yang campaign’s press secretary Erick Sanchez said in a statement. “If you look at Donald Trump’s massive war chest, I can only imagine the special interests that money is tied to.”

“If Bernie is concerned about the money being spent in this election, he should focus on overturning Citizens United and other legislation in his elected capacity to reform our campaign finance laws.”