According to senior Trump administration officials, Rosneft has traded the “overwhelming” majority of all of Venezuela’s crude oil since the executive order. The sanctions also target Rosneft board member Didier Casamiro for actively seeking to evade U.S. sanctions on the Maduro regime and Venezuela’s state-owned oil supply.

Officials explained that none of the profits brokered by Rosneft and Casamiro for the sale of the crude oil have gone to the Venezuelan people, instead being used to sustain the Maduro regime amid the Trump administration’s “maximum pressure” campaign against the dictator. 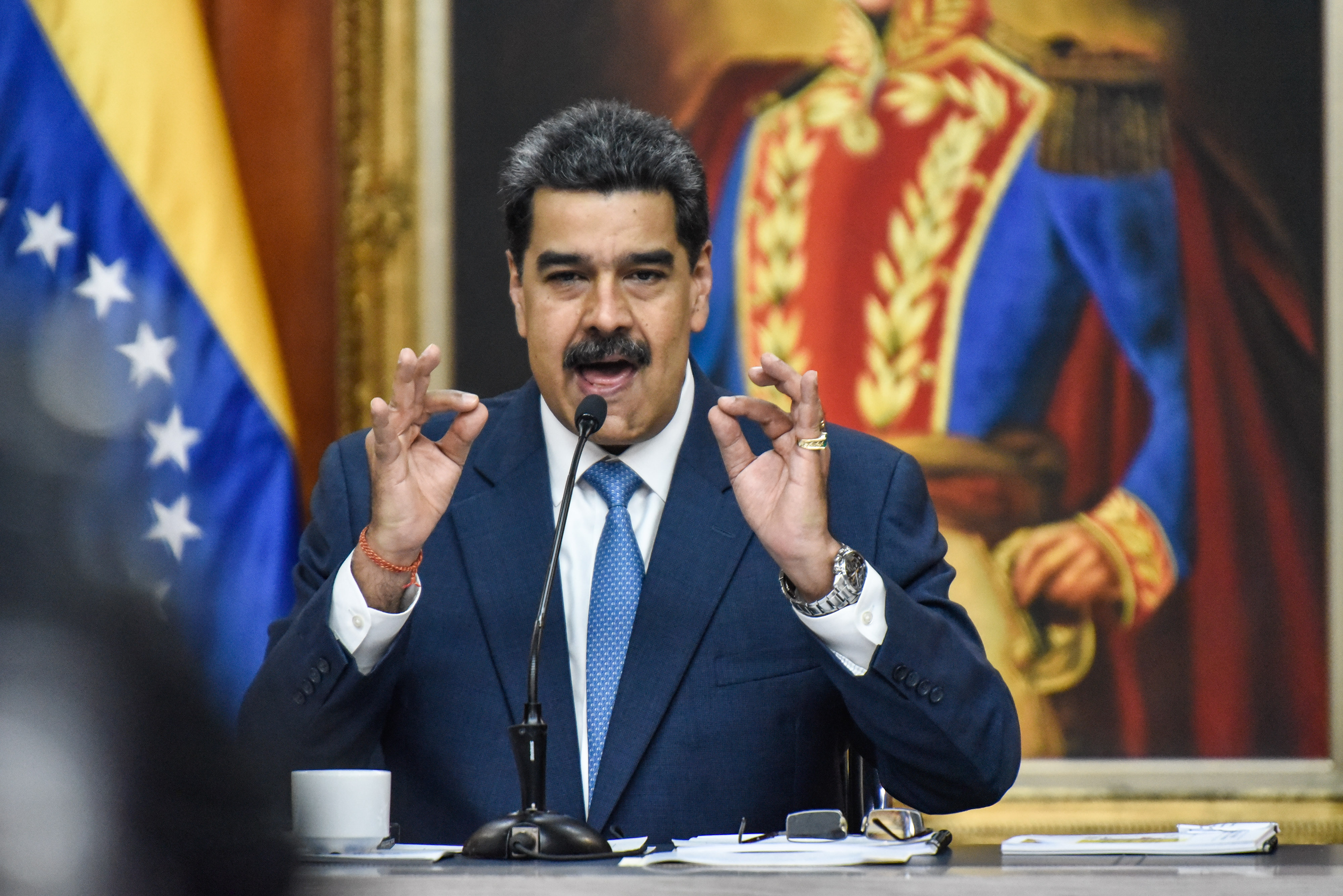 During his State of the Union address, Trump expressed a renewed commitment to a democratic transition in Venezuela. He hosted the “true and legitimate President” Juan Guaido as a surprise guest in First Lady Melania Trump’s gallery box that night and promised the Maduro regime will be “smashed and broken.”

The new sanctions penalize both Rosneft and companies that do business with Rosneft throughout the world, and administration officials stressed that this will be the first of multiple actions against such companies unless they stop doing business with Maduro. Officials noted the administration is currently operating at 50-60 percent “maximum pressure,” and while they do not want to initiate military action to ensure a democratic transition, “all options are on the table.” 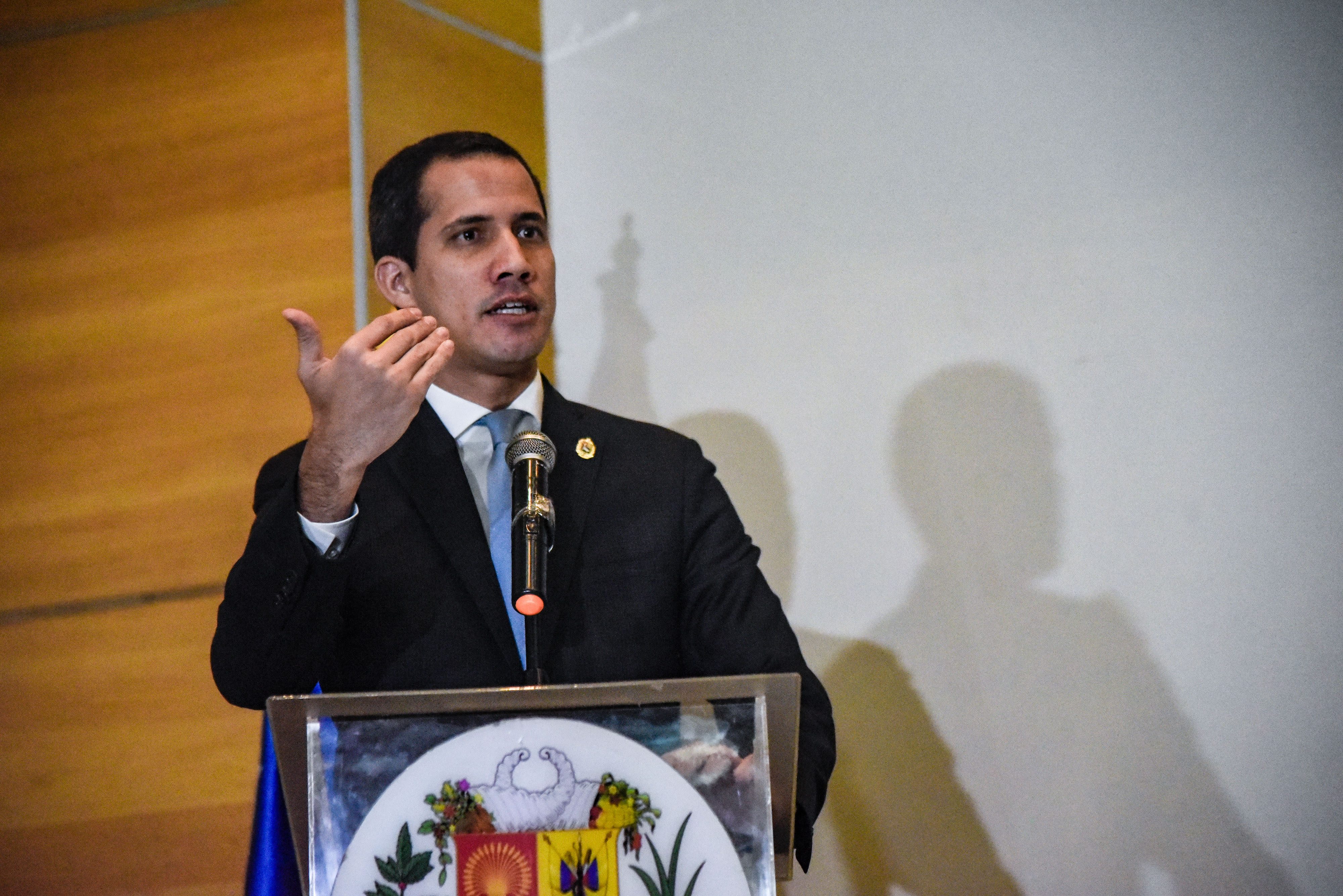 CARACAS, VENEZUELA – FEBRUARY 15: Opposition leader and and reelected president of the National Assembly by anti-Maduro lawmakers majority Juan Guaido speaks during a press conference regarding his International Tour at Centro Letonia on February 15, 2020 in Caracas, Venezuela. Guaido arrived to Venezuela on February 11 amid a chaotic scene at Maiquetia Airport where Pro-Maduro supporters clashed with opposition lawmakers. Guaido travelled to Colombia, Europe, Canada and United States to gain international support for his effort to oust President Nicolas Maduro. (Photo by Carolina Cabral/Getty Images)

The sanctions will block all of Rosneft and Casamiro’s properties and interests in the United States, or in the possession or majority control of U.S. persons and entities. Said properties must also be reported to the Treasury’s Office of Foreign Asset Control.

Since Trump’s August executive order, Rosneft has planned the brokerage of more than 55 million barrels of crude oil on behalf of the Maduro regime.

Officials additionally confirmed that Trump had previously stressed the “importance of a democratic transition in Venezuela” to Russian President Vladimir Putin and stated the undermining of that initiative is “unacceptable” for an ally.

Secretary of State Mike Pompeo said in a statement accompanying the announcement that Rosneft and Casimiro has “propped up the dictatorial Maduro, enabling his repression of the venezuelan people.”

“Maduro has destroyed Venezuela’s institutions, economy, and infrastructure, while enriching himself and his cronies, through his abuse of state power and his welcoming of malign support from Russia,” he continued. “The United States is committed to standing with them until democracy and prosperity is restored in Venezuela.”