Mass migration undermines the welfare state, which open border advocates love to point out to conservatives and uninitiated libertarians. But social cohesion isn’t guaranteed, even if a society is free of the government dole.

Multiple studies find racial or ethnic diversity isn’t much of a strength when it comes to welfare states. This is because people are less likely to put up with higher taxation if they aren’t as familiar with those folks perceived to be benefiting from the redistribution.

While it might be disheartening to hear that there are racial and ethnic in-group preferences at play in welfare politics, we should acknowledge that perfect altruism between strangers of different cultures, religions and other aspects on a societal scale is asking a lot. 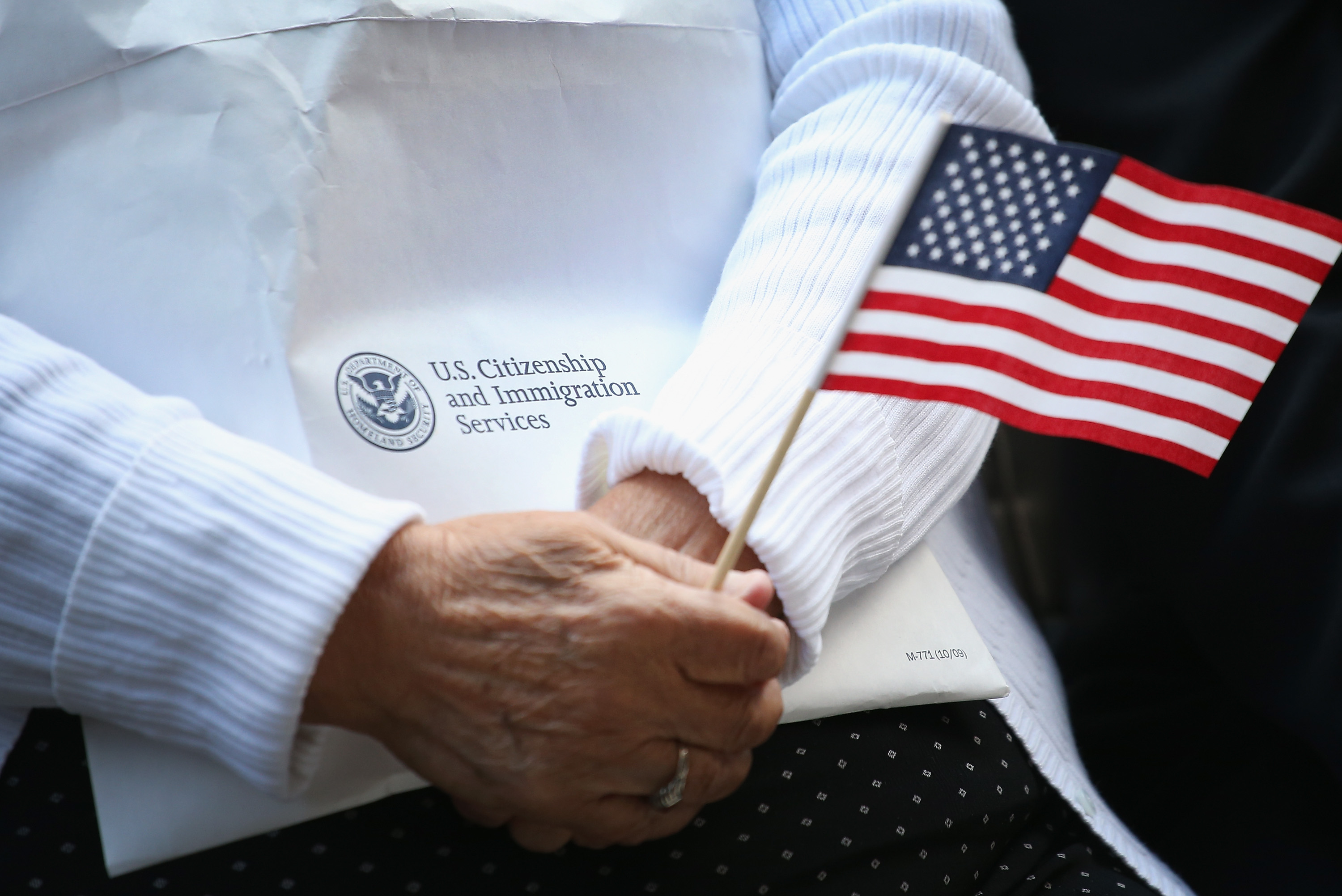 Immigrants from 25 countries participate in a naturalization ceremony in Daley Plaza on Sept. 16, 2014 in Chicago, Illinois. (Photo by Scott Olson/Getty Images)

Some pro–open border libertarians want to solve this problem by increasing immigration, suggesting that breaking a native population’s faith (or what’s left of it) in the welfare state will spur development of more voluntary and peaceful associations. (RELATED: JOONDEPH: Media Happily Ignores The Role Of Mass Migration In Spreading Measles)

That’s putting the cart before the horse though. Instead, the order of things should be to build and restore more strong communities that are fit to throw off the yoke of welfarism, then consider allowing Washington, D.C., politicians to open the floodgates to whomever from wherever.

First, we ought to stop and assess the fundamentals of our society, because the state of our union is not strong.

Poll after poll for years has shown relative pessimism in Americans’ opinions of the country’s direction. Unsurprisingly, a July 2019 Gallup poll showed pride in being an American fell to a new low, with one-third of Americans feeling proud of the political system and just 37% proud of the welfare system.

Even more basic, today’s American identity is hazy at best. A recent poll finds it amounts to little more than being nice. Yet, the country is growing more divided. It seems empty platitudes and egalitarianism aren’t a sufficient replacement for a common culture rooted in traditional civic and religious institutions. What even is there for new arrivals to assimilate to? 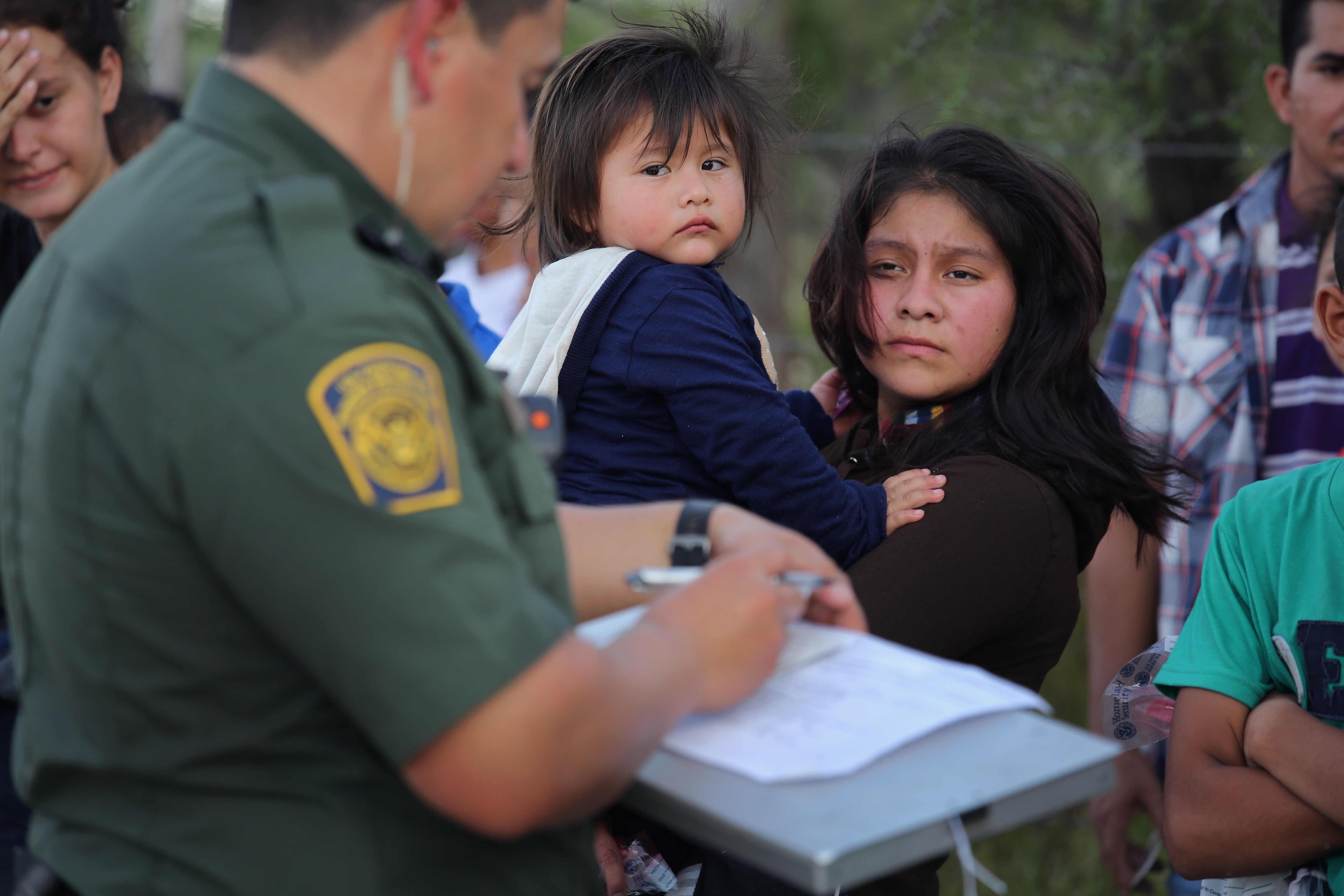 We can’t forget the rising rates of deaths of despair, drug- and alcohol-related deaths and suicide. Social isolation is a contributing factor, as only a quarter of Americans have someone to whom they can confide in, and 75% are coping with loneliness.

The welfare state certainly contributes to much of the social and political crisis, and it should be abolished, especially at the federal level. But again, even with it gone, the 330 million people already here have enough work to do in ensuring future social cohesion without the added trouble of crossing their fingers for tens of millions more to get with the program.

Harvard political scientist Robert Putnam conducted the largest-ever study on civic engagement in America and found that more diverse communities were less community-like, lacking social capital such as trust and relationships. This held true even between individuals of the same race.

Putnam’s takeaway was that this reflected a “short term” problem, and that in the long term, social capital would rise. He pointed to the Army and Lakewood, the largest megachurch in the country, as examples of communities overcoming the obstacles diversity sometimes presents.

The question here is how short is the short term and how long is the long term for America? The Army is not a composite of civil society, and frankly, neither is 52,000 people packed into a basketball stadium every Sunday.

This is true with regard to the past, but it does not mean it’s inevitable in the future, especially in America. Is the country poised to create new, cross-cutting forms of social solidarity and more encompassing identities as it perhaps was in the late 19th century? (RELATED: Southern Border Arrests Totaled Nearly 1 Million In Fiscal Year 2019, CBP Chief Says)

Mark Krikorian, executive director of the Center for Immigration Studies, responds to Putnam, saying, the “institutions that did the assimilating in the past have declined significantly.”

No longer are there mass-membership ethnic mutual aid organizations or clubs, but instead we see corporatized progressives funded by grants from the Ford Foundation and the like. These top-down transnational structures push for greater immigration, reaping the economic benefits while avoiding the social costs felt in the middle and bottom strata of society. 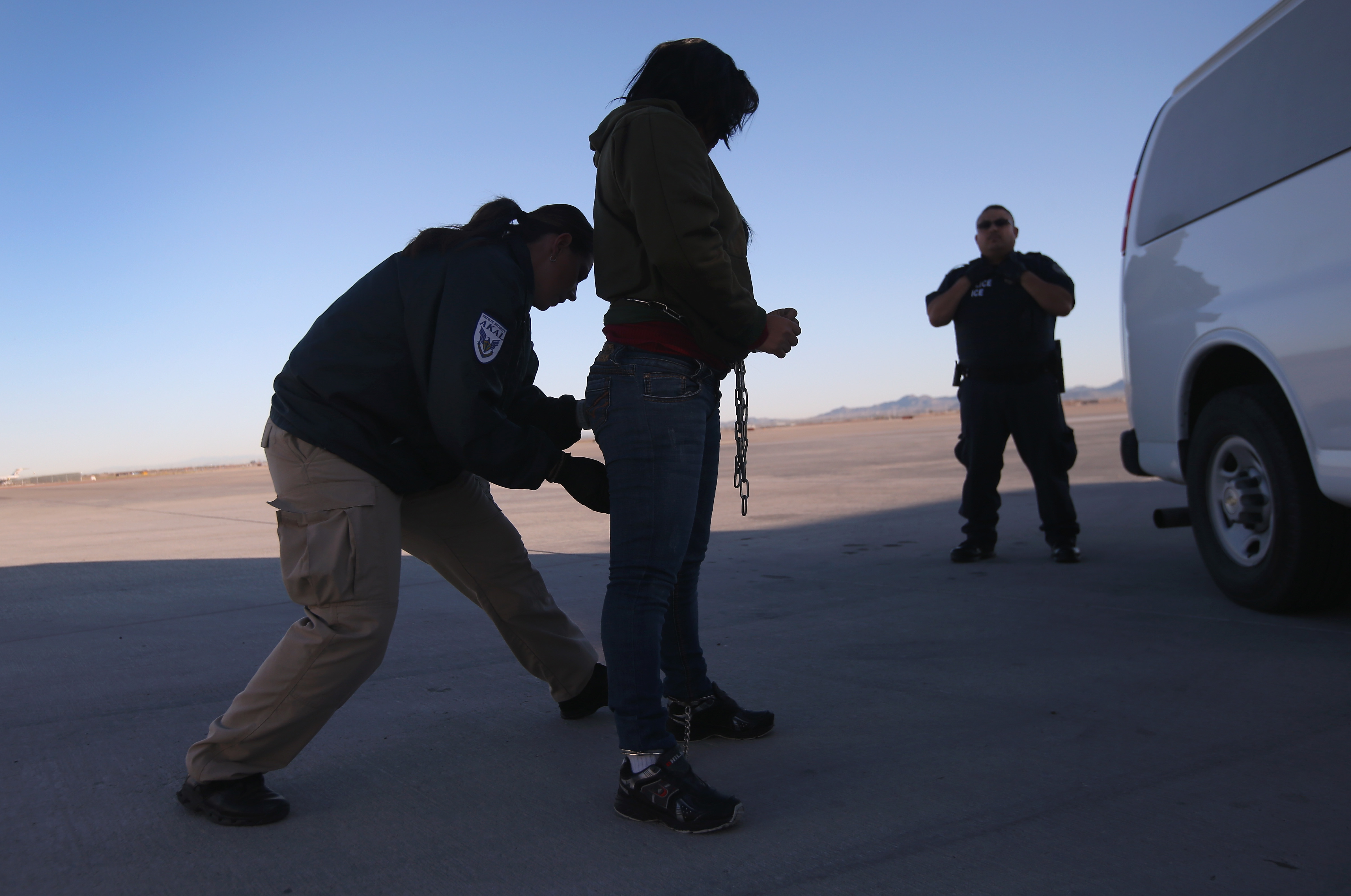 A security contractor frisks a female immigration detainee from Honduras ahead of a deportation flight to San Pedro Sula, Honduras on Feb. 28, 2013 in Mesa, Arizona. (Photo by John Moore/Getty Images)

“Ending mass immigration does not guarantee the restoration of a common civic culture, but continuing it does guarantee that any attempt at such restoration will fail,” Krikorian wrote.

George Mason University economic professor Bryan Caplan makes light of both Putnam’s research and Krikorian’s concerns. He also offers compelling arguments that cause any immigration restrictionist to rethink their position. But when it comes to solidarity or civic engagement, the libertarian Caplan says we’d all be better off as “strangers” as opposed to “fellow citizens.” This makes for a fun blog post, but he doesn’t seem to care to address the cultural questions raised.

A substantial goal would be to turn any and all strangers into friends, but we should start with the strangers who live next to us.

Nowadays, disagreeing with the open borders position can open you up to charges of racism or being alt-right or worse. A rising “America First” nationalist faction on the right is largely overcoming those cowardly attacks, but their position of closed borders ought to be contended with as well. (RELATED: 2019 On Track To Experience Highest Level Of Illegal Immigration In A Decade)

One moderate position of compromise while the debate is hashed out could be a moratorium, where net migration leaving and entering the United States rounds out to zero over a temporary period.

Another moderate position seems radical, but is inarguably the most practical as long as you’re not a politician. That is secession, states breaking away or establishing themselves with their own immigration policy. This may start out small, a piece of Northern California breaking free of Sacramento, San Francisco, Los Angeles and San Diego.

What little social cohesion is left in America won’t last long if we’re in a soft civil war every presidential election. A political breakup could very well prepare the ground for a more perfect reunion, with a proper balance of power.