A federal judge on Thursday dismissed a Russian-British historian’s lawsuit against several U.S. newspapers and Stefan Halper, a former Cambridge professor who served as a confidential human source for the FBI during the Trump-Russia probe.

Judge Leonie Brinkema ruled that the statute of limitations had expired for many of the allegations in the defamation lawsuit, which Svetlana Lokhova filed on May 23, 2019. Brinkema also ruled that news articles that Lokhova cited in her lawsuit were not defamatory.

Lokhova accused Halper of conspiring with The Wall Street Journal, Washington Post, and New York Times to leak false statements “as part of a nefarious effort to smear General [Michael] Flynn and fuel and further the now debunked and dead narrative that the Trump campaign colluded with Russia.”

She alleged that Halper was behind leaks to the newspapers about an event that Flynn attended at Cambridge on Feb. 28, 2014, when he was director of the Defense Intelligence Agency (DIA).

Lokhova, who studies Soviet-era espionage, attended the event along with about a dozen other Cambridge academic and DIA officials.

Beginning in February 2017, stories began appearing in British and U.S. media outlets suggesting without evidence that Lokhova and Flynn had improper contact during the Cambridge event, which Halper co-convened with Sir Richard Dearlove, the former head of MI6. 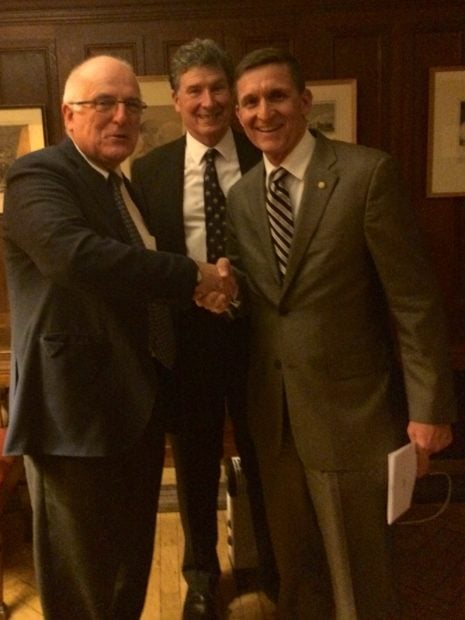 The Wall Street Journal published a story on March 18, 2017 that suggested that Flynn had improperly failed to disclose his interactions at the 2014 event with Lokhova, a British citizen who was born in Russia. (RELATED: British University Deserves More Scrutiny Over Stefan Halper Ties, Researcher Says)

Lokhova has argued that the story and several others created false innuendo that she and Flynn were having an affair, or that she was a Russian spy. She has vehemently denied both allegations.

The Times and Post published stories about Halper in May 2018, identifying him as a longtime FBI source who provided information to the bureau as part of its investigation of the Trump campaign.

A Justice Department inspector general’s report detailing FBI surveillance of Page does not identify Halper by name, but he matches up exactly with “Source 2” discussed at length in the report.

Brinkema dismissed Lokhova’s lawsuit before it reached the discovery stage.

Brinkema declined Halper’s request for sanctions against Lokhova and her lawyer, Stephen Biss, but she was highly critical of the attorney.

“The allegations of improper behavior by Biss are undoubtedly more severe than those by Lokhova, and should Biss file further inappropriate pleadings or pursue frivolous post-judgment litigation against any of these defendants, sanctions might well be justified,” Brinkema said.

Lokhova says that she plans to appeal the decision.