An FBI agent faulted for some of the most significant problems laid out in the Justice Department’s inspector general report on FISA abuse against a Trump campaign associate has been identified.

The New York Times, citing people familiar with the FBI’s Russia probe, identified Stephen A. Somma, a counterintelligence investigator who works out of the bureau’s New York field office, as “Case Agent 1” from the inspector general’s (IG) report.

The IG blasted the FBI for its handling of information used to obtain four surveillance orders against Carter Page, a former Trump campaign aide.

“Case Agent 1” is singled in the report as being “primarily responsible for some of the most significant errors and omissions in the FISA applications.”

According to the IG report, he was the FBI agent who initially sought a surveillance warrant against Page. Somma pushed for a FISA warrant “almost immediately” after the FBI opened Crossfire Hurricane on July 31, 2016, the IG said.

Somma’s initial request was rejected, but FBI lawyers later approved seeking a FISA warrant on Page after the bureau received information from former British spy Christopher Steele. In his dossier, Steele alleged that Page was a key player in the Trump campaign’s “well-developed conspiracy of cooperation” with the Russian government to influence the 2016 election. 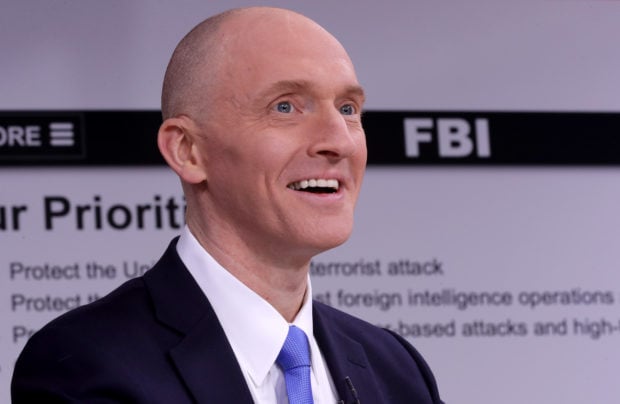 The IG report said the FBI failed to verify the allegations about Page before using Steele’s information in FISA applications. The special counsel’s investigation undercut the idea that Page or anyone on the Trump team worked with Russians.

Somma was in charge of verifying the accuracy of information included in the FISA applications. He was also the FBI handler for Stefan Halper, a former Cambridge professor who met with and secretly recorded Trump campaign aides Carter Page, Sam Clovis and George Papadopoulos.

Perhaps Somma’s most egregious omission deals with an interview he conducted in January 2017 with Steele’s primary source for information in the dossier.

According to the IG report, the Steele source, referred to as “Primary Sub-Source,” told FBI agents that Steele misrepresented information attributed to him in the dossier, including about Page. The FBI and Justice Department failed to disclose the information in its final two applications for FISA orders on Page.

Largely because of the omission, the Justice Department has deemed the two orders to be invalid.

The report says that Somma became Halper’s handler in 2011 after the FBI temporarily terminated its relationship with the informant over concerns about his interactions with a counterintelligence target.

Months after Somma began working with Halper, the FBI agent visited Cambridge in November 2011 to speak at a seminar about the FBI’s investigation into a Russian spy ring known as “The Illegals.”