Biden’s distinction comes as 38-year-old Pete Buttigieg, the former mayor of South Bend, Indiana, dropped his presidential bid on Sunday after a weak showing in South Carolina on Saturday. That contest also claimed the candidacy of billionaire hedge fund manager Tom Steyer, who is 62.

Of the men remaining on the Democratic side, former New York City Mayor Mike Bloomberg and Independent Vermont Sen. Bernie Sanders are both 78, although Bloomberg’s birthday was last month and Sanders will turn 79 in September. 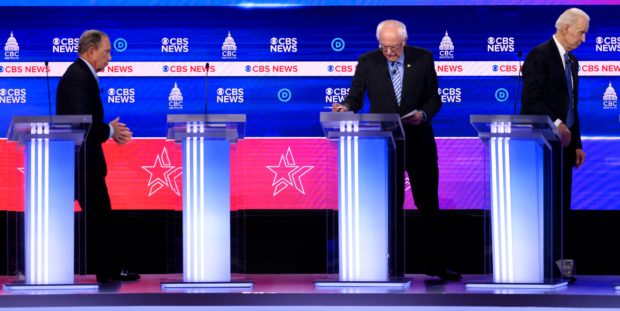 At 70 years and 220 days on Inauguration Day, President Donald Trump currently holds the record for the oldest president to assume office. Unless Gabbard or Klobuchar pull out an improbable victory, that record is sure to be broken in January 2021, either by Trump himself or a septuagenarian Democrat.