Dossier author Christopher Steele will not cooperate with U.S. Attorney John Durham’s investigation into the origins of the Trump-Russia probe, telling an audience at Oxford University that he believes U.S. investigators have acted in “bad faith.”

Steele, a former British spy, said at the Oxford event on Friday that he and his firm, Orbis Business Intelligence, had already “done our duty” by cooperating with a Justice Department inspector general’s (IG) investigation of the FBI’s surveillance of Trump campaign aide Carter Page.

According to The Daily Beast, which attended the Oxford event, Steele also criticized the IG, saying that he cooperated with the probe for “four or five months,” and observed “very bad qualities” on the part of government officials. He said some acted in “bad faith.” (RELATED: AG Barr: Durham Is ‘Looking Act’ Activities Of ‘Private Actors’)

Reuters reported on Friday that Durham’s team has recently approached Steele seeking an interview. The former MI6 officer rejected the request because he believes that he would not be treated fairly, three sources familiar with the matter told Reuters.

Numerous questions remain unanswered about how Steele collected information for his dossier, and how many of his allegations about Trump associates turned out to be inaccurate.

Steele alleged that the Trump campaign, including Page, took part in a “well-developed conspiracy of cooperation” with the Kremlin to influence the 2016 election.

The special counsel found no evidence that any Trump associates conspired with Russians, or took part in the hacking or dissemination of Democrats’ emails in 2016.

Steele also wrote in the dossier that former Trump lawyer Michael Cohen visited Prague in August 2016 to meet with Kremlin insiders. Both the special counsel’s report and the IG report debunked that claim, saying that Cohen never visited the Czech Republic’s capital city. 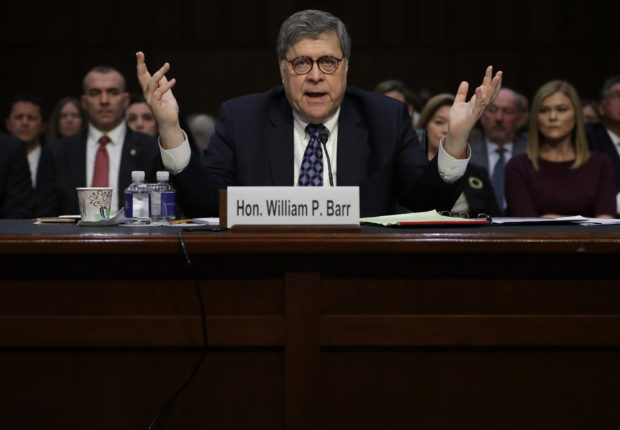 The IG’s report provided a particularly harsh assessment of the FBI as well as of Steele. It said that the FBI failed to disclose information about Steele and the sourcing for his dossier that would have called the reliability of the document into question. The report said that Steele’s primary source of information for his investigation of Donald Trump met with FBI investigators in January 2017 and disputed much of what was in the dossier.

Steele himself told his FBI contacts in an Oct. 3, 2016 meeting that he believed that a key sub-source for the dossier was a “boaster” and “egotist.”

Despite those red flags, the FBI relied heavily on Steele’s information to assert that Carter Page was a Russian agent. And despite the apparent problems with the dossier, Steele defiantly defended his infamous report during his remarks at Oxford on Friday.

“I stand by the integrity of our work, our sources and what we did,” he said.

Steele issued a statement through his lawyers following the release of the IG report, asserting that the document had “several serious errors and misstatements.”

Little is known about what exactly Durham is investigating.

Attorney General William Barr did provide one clue in an interview on Dec. 18, saying that the prosecutor is conducting a broad investigation that extends beyond government agencies.

“He’s not just looking at the FBI,” Barr said. “He’s looking at other agencies … and also private actors, so it’s a much broader investigation.”