House Speaker Nancy Pelosi sought to include a potential way to guarantee federal funding for abortion into the coronavirus economic stimulus plan, according to multiple senior White House officials.

Speaking to the Daily Caller, those officials alleged that while negotiating the stimulus with U.S. Treasury Secretary Steve Mnuchin, Pelosi tried to lobby for “several” provisions that stalled bipartisan commitment to the effort. One was a mandate for up to $1 billion to reimburse laboratory claims, which White House officials say would set a precedent of health spending without protections outlined in the Hyde Amendment. 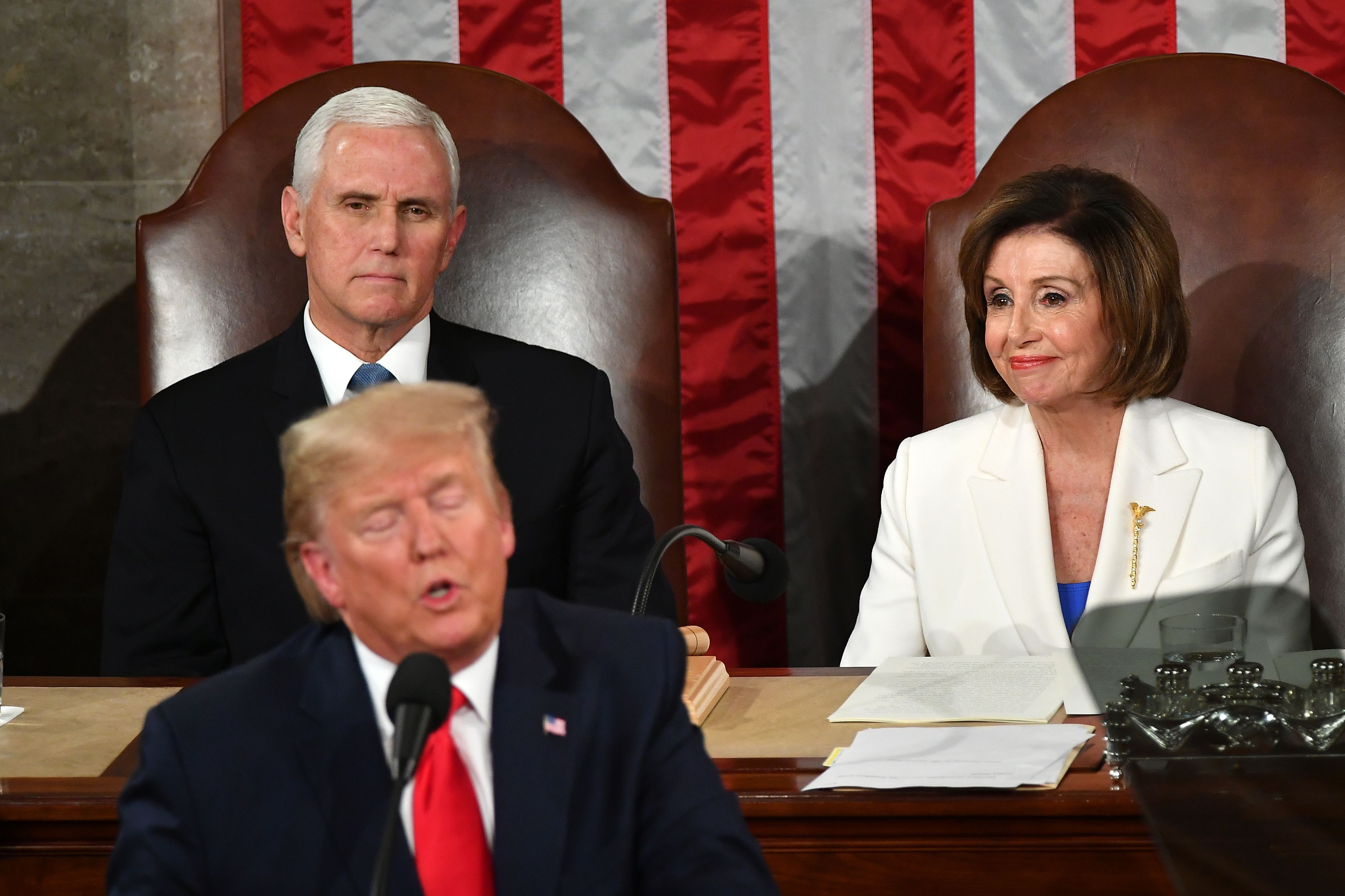 The Hyde Amendment blocks clinics that perform abortions from receiving federal funding, and Democrats have pushed the Trump administration to end it since he was elected in 2016. (RELATED: Here’s What The $8.3 Billion Bill For Coronavirus Actually Does)

“A new mandatory funding stream that does not have Hyde protections would be unprecedented,” one White House official explained. “Under the guise of protecting people, Speaker Pelosi is working to make sure taxpayer dollars are spent covering abortion — which is not only backwards, but goes against historical norms.”

A second White House official referred to the provision as a “slush fund” and yet another questioned “what the Hyde Amendment and abortion have to do with protecting Americans from coronavirus?”

Pelosi and Mnuchin were engaged in negotiations Thursday morning to finalize the text of the legislation. (RELATED: Stocks Have Lost Around 25% Of Their Value Since Trump, Kudlow Offered Market Advice)

Politico confirmed after this article went to press that the Hyde Amendment provision was eventually removed from the stimulus later on Thursday and will hit the House floor as a separate bill.

Despite Trump’s assurance that he would sign any stimulus bill that Congress approved, several Republicans rejected the stimulus offered by Pelosi and Mnuchin.

House Minority Leader Kevin McCarthy said Thursday morning he was totally opposed to Pelosi’s plan and wanted to draft a new proposal over the next 24-48 hours.

Pelosi pushed back on that suggestion during her Thursday press conference. 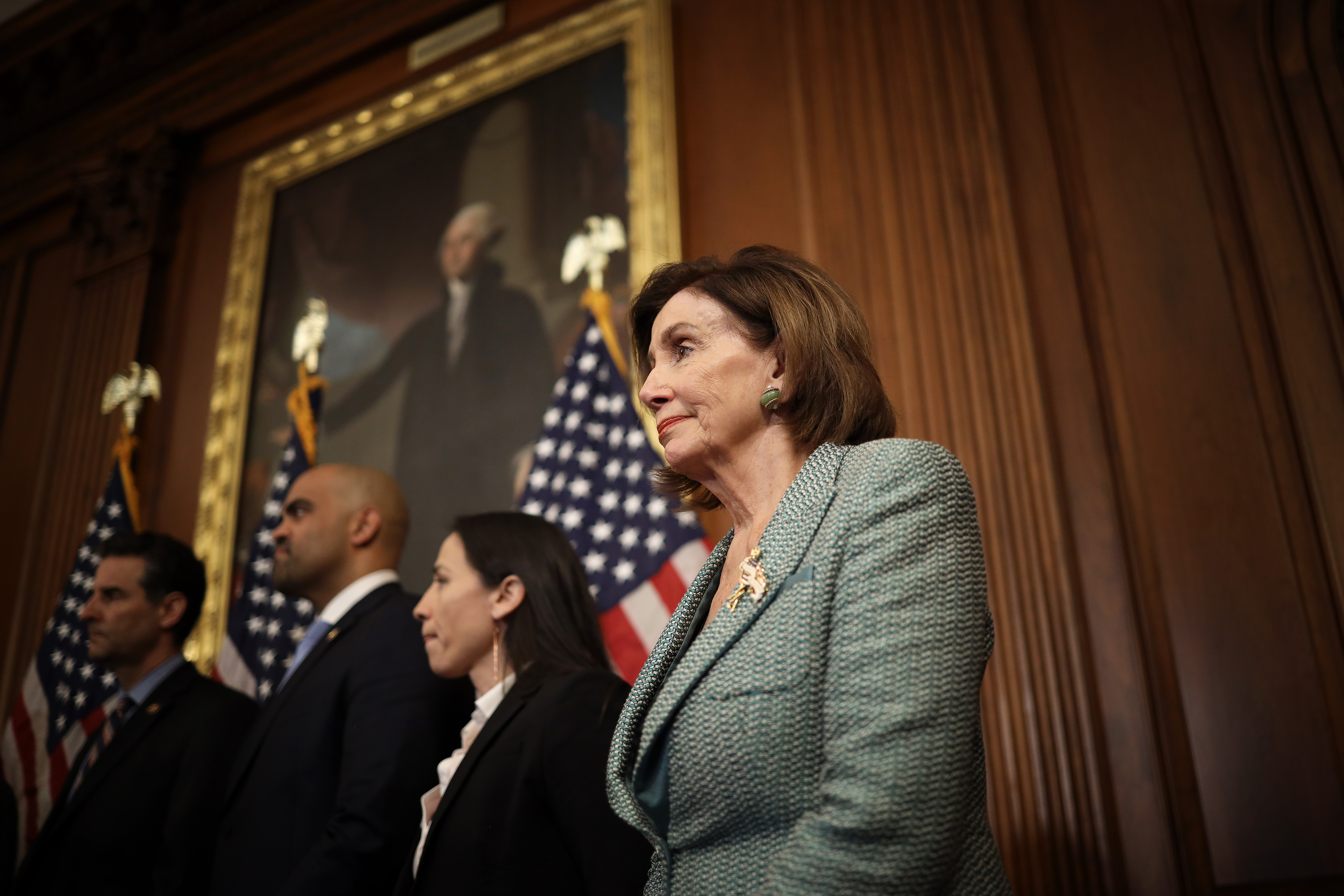 WASHINGTON, DC – MARCH 10: U.S. Speaker of the House Nancy Pelosi (R) (D-CA) attends a press conference marking the one year anniversary of the House passing HR-1, the For The People Act, March 10, 2020 in Washington, DC. After passage by the House of Representatives, Senate Majority Leader Mitch McConnell refused to bring the bill to a vote in the U.S. Senate. (Photo by Win McNamee/Getty Images)

“I’m not sticking around because they don’t want to agree to language,” Pelosi said of Congress’s upcoming recess week. “Right now we have to find our common ground, work together, to get this done as soon as possible.”

Speaker Pelosi says lawmakers should “save it for another day” if they have complaints about the coronavirus response bill: “We don’t need 48 hours. We need to just make a decision to help families right now … in an emergency status where we have to get the job done” pic.twitter.com/Ek1QeksXZ6

Pelosi’s office did not respond to a request for comment by publication time.