House Speaker Nancy Pelosi said Sunday she will halt negotiations with the Senate and move to pass her own coronavirus package in the House, which could drag things out longer than many expected.

Pelosi’s legislation will be a $1.6 trillion emergency package, according to Politico. However, the House was working throughout the weekend with Senate Majority Leader Mitch McConnell, who said Sunday that the Senate bill includes $75 billion for hospitals and that two-thirds of all new money in the bill will go to states. McConnell also said, “it’s just about time to take yes for an answer.” (RELATED: EXCLUSIVE: White House Officials Allege Speaker Pelosi Pushed To Include Hyde Amendment Loophole Into Coronavirus Stimulus Plan)

Pelosi’s $1.6 trillion emergency package comes as Senate and House leaders could not lock down a deal Sunday for an expected vote. “From my standpoint, we’re apart,” Pelosi told reporters as she went into McConnell’s office Sunday morning to discuss the legislation. (RELATED: McConnell Restructures Campaign Into Meals Effort For Kentuckians Affected By Coronavirus) 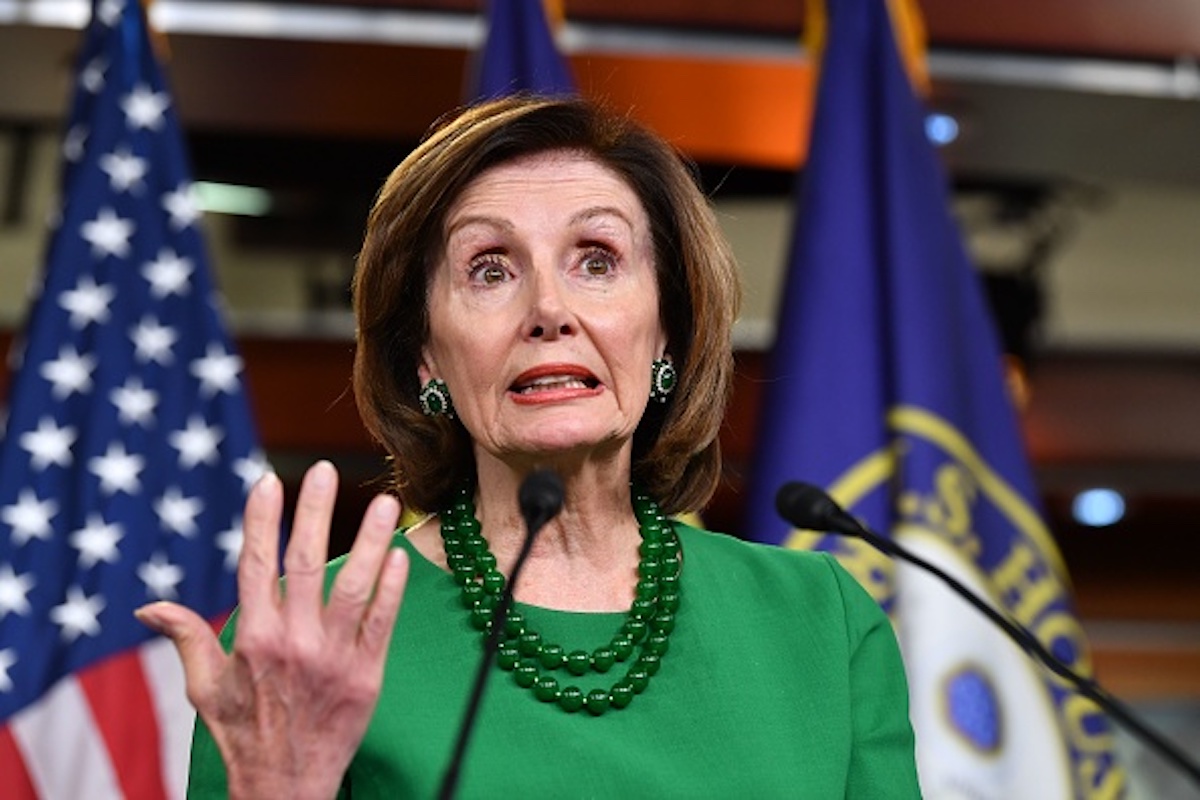 House Speaker Nancy Pelosi(D-CA) wipes her nose with a tissue as she speaks to the media during her weekly briefing March 12, 2020 on Capitol Hill in Washington, DC. (Photo by NICHOLAS KAMM/AFP via Getty Images)

It is still unclear what will be inside House Democrats’ package, as the Senate plans to have their procedural vote at 6 p.m. ET. (RELATED: Trump Gives Ford, General Motors, Tesla ‘The Go Ahead’ To Mass Produce Coronavirus Ventilators)