The Ministry of Foreign Affairs of the People’s Republic of China denied that China keeps religious prisoners and detains Muslims, though evidence from multiple sources shows that this is a lie.

The spokesman for the Ministry of Foreign Affairs of the People’s Republic of China Twitter account tweeted Friday that ‘there’s absolutely no ‘religious prisoners’ or ‘detention of a million Muslims from Xinjiang’ in China.”

“We urge the US to stop making political maneuvers & slanders,” the spokesman added. (RELATED: Here Are Some Reasons Why China Is Imprisoning Muslims)

His tweet came despite copious amounts of evidence that China targets and imprisons Muslims and Christians for their religious beliefs and created mass indoctrination camps specifically for groups like Uighurs and Kazakhs.

A database obtained by The Associated Press in February found that the Chinese government imprisoned Muslims for basic religious activity, such as going to a mosque, praying or having a long beard. People with relatives who are already detained are much more likely to be detained themselves, the database also showed. (RELATED: Here’s Why Authors, Theologians Think Pope Francis Cooperates With The Chinese Government Despite Persecution Of Christians) 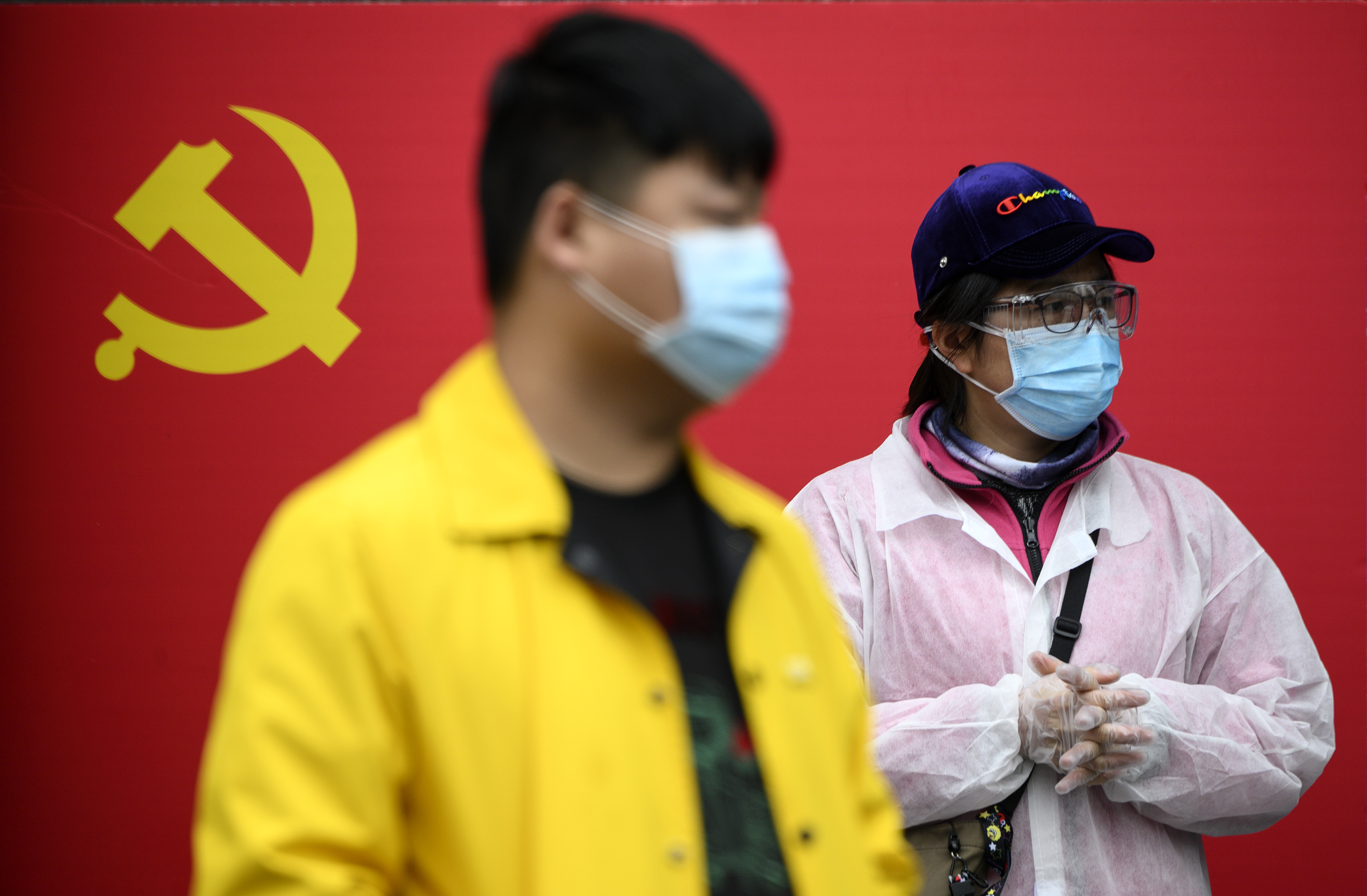 People wearing face masks stand in front of a Communist Party of China flag along a street in Wuhan, China’s central Hubei province on April 2, 2020. (NOEL CELIS/AFP via Getty Images)

The Chinese government determines whether families and their households are suspicious by classifying them through categories such as “trustworthy or “not trustworthy” and giving attitude grades of “ordinary or good,” the database showed.

The documents also rate the family’s religious atmosphere as either “light” or “heavy” and record how many of the family’s relatives are imprisoned or in a “training center.” (RELATED: US Blacklists Chinese Firms For Role In Abuse Of Muslim Minorities)

The detainees were interred for reasons such as “minor religious infection,” “disturbs other persons by visiting them without reasons,” “relatives abroad,” “thinking is hard to grasp” and “untrustworthy person born in a certain decade,” AP reported. The publication added that the reason “untrustworthy person born in a certain decade” probably refers to young men since analysis of the data by Adrian Zenz shows that about 31% of the people listed under this category were between 25 to 29 years old.

Information obtained from the database came after leaked internal files from the Chinese government in November 2019 showed how top officials’ demands led to the creation of mass indoctrination camps of groups like Uighurs and Kazakhs. (RELATED: Chinese Government Appears To Have Been Destroying Muslim Cemeteries For Years)

The documents showed that the Chinese government is aware that the camps, which the government portrays as job-training efforts to quiet extremism, have torn parents away from their children, leaving students unsure of who will pay their tuition. The papers also show that officials were told to tell the people their families might suffer further if they complained.

The Chinese government has also persecuted Christians for decades, particularly after Communists took control of China in 1949. Led by Catholic bishops appointed by past popes, Chinese Catholics have practiced their faith through underground churches to avoid arrest.

As recently as Dec. 30, 2019, a Chinese court sentenced a priest to nine years in prison after the priest called the Chinese Communist Party “morally incompatible with the Christian faith.”