Mexican President Andrés Manuel López Obrador is urging citizens living in the United States to keep sending money to relatives back home, despite whatever economic struggles they are facing because of the coronavirus pandemic.

During a Monday morning press conference, López Obrador spoke about his administration’s response to the spread of coronavirus in Mexico, which is becoming a more pressing issue as a greater number of citizens test positive for the disease. Their neighbors to the North, however, continue to be harder hit, with the U.S. government passing a $2 trillion stimulus package to help struggling Americans.

Nevertheless, López Obrador is still publicly encouraging Mexican migrants in the United States to send remittances back home, and appeared to frame it as a sense of nationalistic duty.

The president implored his “countrymen, our living heroes, that they do not stop helping their relatives in Mexico, although they are also going through a difficult situation, but do not stop thinking as they have done: always about their loved ones,” he said during Monday’s press conference. 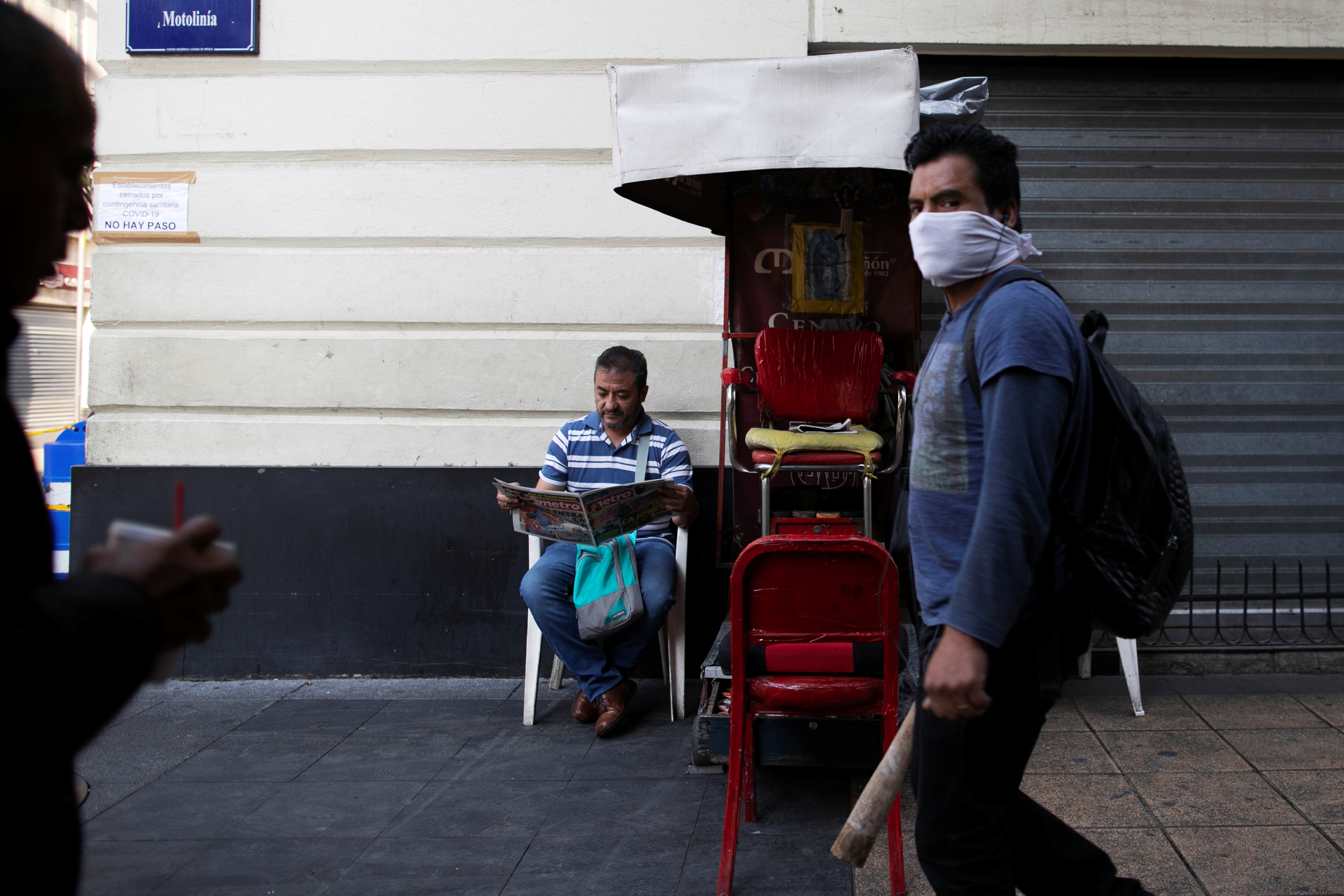 A shoe shiner reads the paper as he waits for costumers in one of the main streets in downtown as Mexico’s government declared a health emergency and issued stricter rules to curb the spread of the coronavirus disease (COVID-19), in Mexico City, Mexico April 3, 2020. REUTERS/Carlos Jasso

To be sure, remittances are funds that a foreign national earns while living and working in the United States and sends back home, typically to relatives.

López Obrador has reason to be worried — remittances from the United States are one the top sources of foreign income for the impoverished country.

Remittances by Mexican nationals living abroad reached a record-high of $36 billion in 2019, with the highest source emanating from the United States, according to Mexico Today. This number had already been on pace for another stellar year.

However, the worldwide coronavirus pandemic — which has forced businesses across the United States to shutter and consumers to stay indoors — has pulled the brakes on these record-setting numbers. Mexico Today reported that remittances will fall by 17% in 2020, and added that they won’t get back to 2019 levels until somewhere between 2023 and 2028. (RELATED: Central American Migrants Are Sending Billions Back To Their Home Countries)

Actions taken by the Trump administration will likely depress the number of remittances sent back to Mexico and elsewhere this year.

The Department of Homeland Security — facing pressure from a sinking economy and critical media — announced Thursday that it was suspending an increase of H-2B guest worker visas, a decision that will prevent an additional 20,000 foreign nationals from entering the U.S. to work jobs that could otherwise be occupied by U.S. citizens.

More than 336,000 people across the United States have rated positive for coronavirus since Monday morning, and roughly 9,600 with the virus have died.

These numbers are substantially smaller in Mexico — which has reported roughly 2,140 positive cases and 94 deaths.