Independent Vermont Sen. Bernie Sanders said that President Donald Trump is not to blame for the current coronavirus pandemic afflicting the United States.

“No one is to blame, not even Donald Trump, for the coronavirus,” Sanders told The Nation.

“But the question that we have to ask ourselves is how we, in the wealthiest country in the history of the world, find ourselves in such a fragile situation as the crisis and the pandemic scenario reveal.”

“How does it happen that 87 million people are uninsured or underinsured, meaning that there are millions of people who today are hesitant about going to the doctor’s office because they are afraid of the cost that might be involved?” he said.

Sanders did however criticize the CARES Act, which was passed last month, for giving too much money to corporations.

“Among other severe deficiencies, it provides $500 billion to Trump’s administration to be able to allocate to their friends in the corporate world,” Sanders said of the bill.

The democratic socialist saying that Trump isn’t to blame for coronavirus seems to differ in tone from what he said last week during an appearance on ABC’s “The View,” during which he blamed Trump for the deaths of “many, many Americans.” 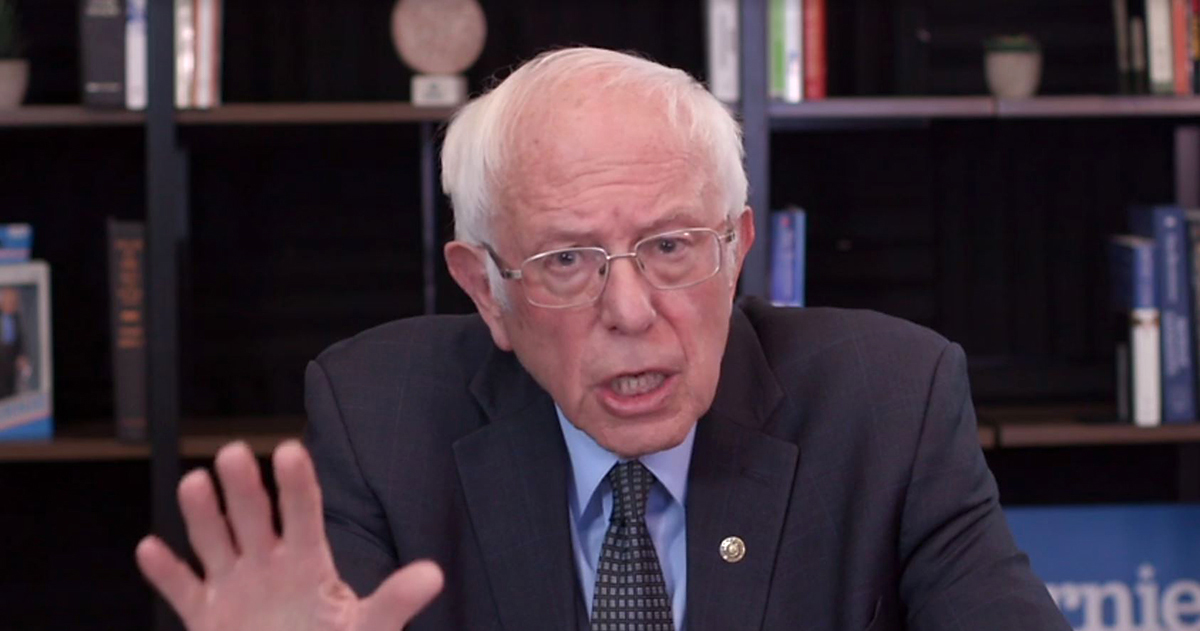 In this screengrab taken from a berniesanders.com webcast, Democratic presidential candidate Sen. Bernie Sanders (I-VT) talks about his plan to deal with the coronavirus pandemic on March 17, 2020 in Washington, D.C. Photo by berniesanders.com via Getty Images