Despite the fact that Chinese authorities misled the world about coronavirus, top World Health Organization (WHO) officials have repeatedly gone out of their way to praise China’s “transparency” in handling COVID-19.

Chinese authorities silenced doctors, whistleblowers and journalists who sought to warn the public about the virus. China could have limited the global spread of the virus by up to 95% if it had acted three weeks earlier to combat the virus, according to one study.

And yet, top WHO officials have repeatedly portrayed China to the world as a model of transparency and cooperation.

At a Jan. 23 press conference, for example, WHO Director-General Tedros Adhanom Ghebreyesus said he “would like to thank the government of the People’s Republic of China for its cooperation and transparency.”

Tedros repeated that talking point in a Jan. 28 press conference.

“We appreciate the seriousness with which China is taking this outbreak, especially the commitment from top leadership, and the transparency they have demonstrated, including sharing data and genetic sequence of the virus,” he said.

The next day, Jan. 29, Tedros again fawned over Chinese authorities, who he said “identified the pathogen in record time and shared it immediately, which led to the rapid development of diagnostic tools. They are completely committed to transparency, both internally and externally.” 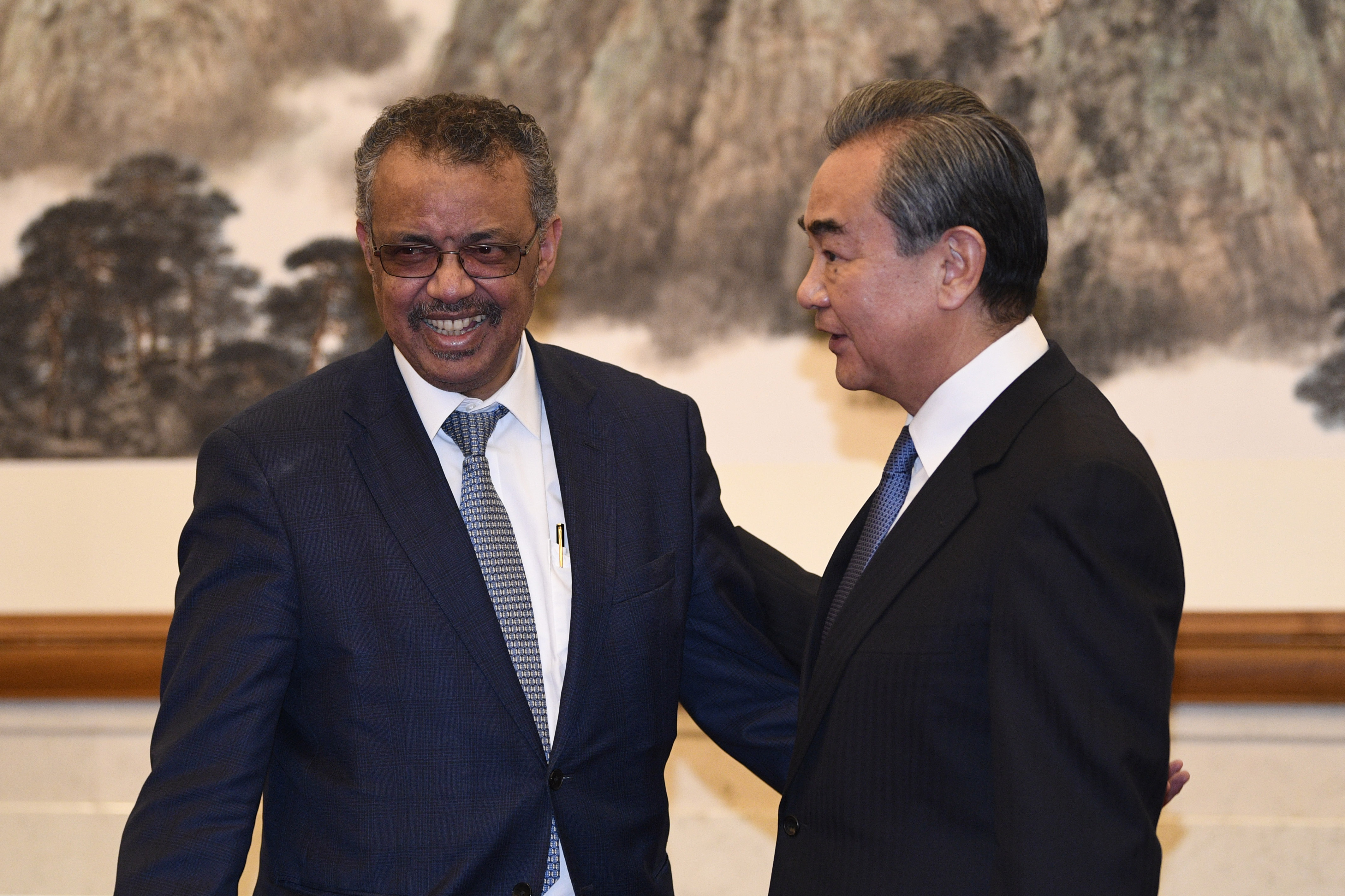 The WHO director-general won his position in 2017 with China’s backing and has repeatedly provided cover for China’s propaganda campaign denying responsibility for the global pandemic.

Tedros isn’t alone at the WHO, which didn’t return a request for comment, in echoing China’s talking points.

WHO official Bruce Aylward, who went viral for ending an interview with a Hong Kong journalist who asked about Taiwan, has become a key cog in China’s propaganda machine.

WHO official Dr. Michael Ryan has similarly repeated Chinese propaganda about the regime’s “transparency.” (RELATED: WHO Official Says She Suspected Human-To-Human COVID-19 Transmission ‘Right From The Start’ — But The WHO Echoed Misleading Chinese Claims To The Contrary For Weeks)

Ryan said in a Jan. 29 press event that the “Chinese government deserve[s] huge credit” for its coronavirus response “and for the transparency in which they have dealt with this.”

Ryan also aligned with the Chinese regime in rebuking Trump on March 22 for referring to coronavirus as the “Chinese virus.”

“Viruses know no borders and they don’t care about your ethnicity, the color of your skin or how much money you have in the bank,” said Ryan, the executive director of WHO’s Emergencies Program.

Ryan also implied that criticism of China was motivated by bigotry, saying on April 1: “I think we need to be very careful also to not to be profiling certain parts of the world as being uncooperative or non-transparent.”

Ryan said the world is “over-focused” on the accuracy of China’s data.

A WHO emergency committee released a statement on Jan. 30 saying the committee “welcomed the leadership and political commitment of the very highest levels of Chinese government, their commitment to transparency, and the efforts made to investigate and contain the current outbreak.”

Tedros said that same day: “The speed with which China detected the outbreak, isolated the virus, sequenced the genome, and shared it with WHO and the world are very impressive, and beyond words. So is China’s commitment to transparency and to supporting other countries.”

“As you know, I was in China just a few days ago, where I met with President Xi Jinping,” he added. “I left in absolutely no doubt about China’s commitment to transparency and to protecting the world’s people.”