After the Senate passed its $484 billion coronavirus phase 3.5 package Tuesday designed to help people and businesses struggling across the country, many lawmakers refused to respond when asked if they tried to prevent funding to the mega-rich and major chain companies from receiving funding.

The Daily Caller contacted several dozen members of Congress, in both the House and Senate, many who did not respond after multiple inquiries. However, a number of Republican lawmakers responded explaining why the very wealthy and massive publicly traded companies should not be receiving relief, while other small businesses and workers continue to suffer.

One GOP Senate source told the Daily Caller that Speaker of the House Nancy Pelosi and members in leadership basically wrote the whole bill, without talking to their colleagues. This comes as small businesses have continued to be affected by the pandemic, forcing many businesses to shut down, with little help from the government. As of April 16, 22 million Americans had filed for unemployment as a result of the pandemic.

“With Congress being out of session, leadership negotiated this legislation without much input from almost any individual senate office,” the GOP Senate source said. (RELATED: McConnell Tears Into Democrats For Continuing To Delay Funding For Paycheck Protection Program) 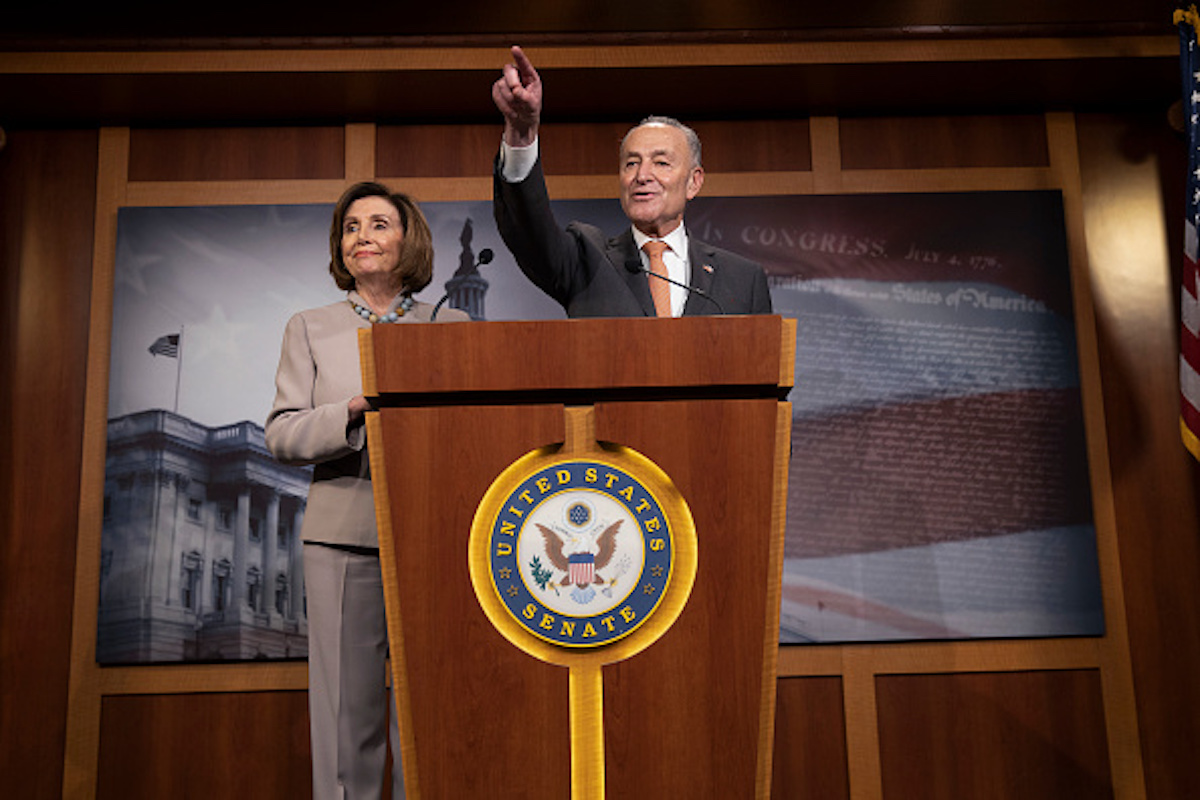 Republican Florida Sen. Rick Scott’s office responded to the Daily Caller when asked about the super-rich receiving stimulus money from the latest piece of legislation, saying “taxpayer money should not be going to big businesses or wealthy Americans. Senator Scott is concerned that many businesses with thousands of employees have found loopholes to qualify for Paycheck Protection Program (PPP) loans meant for small businesses.”

“He’ll keep working with his colleagues and the Trump Administration to reform the PPP and make sure the funding goes directly to the small businesses that need it,” Scott’s office continued in the statement.

The Senate bill was passed on a voice vote on the Senate floor Tuesday. Congress and the White House reached an agreement earlier that day. The legislation includes $310 billion for the Paycheck Protection Program (PPP), which White House officials told the Daily Caller will feature $60 billion carved out for institutions with less than $50 billion in total assets.

Additionally, the bill includes $75 billion in relief for hospitals and $25 billion for more testing. Before the agreement was announced, President Donald Trump sent out a tweet with his approval of the bill, urging Congress to pass it. (RELATED: ‘It’s Time For Congress to Get Back To Work’ — Kevin McCarthy Writes Letter To Pelosi Detailing How To Reopen Congress) 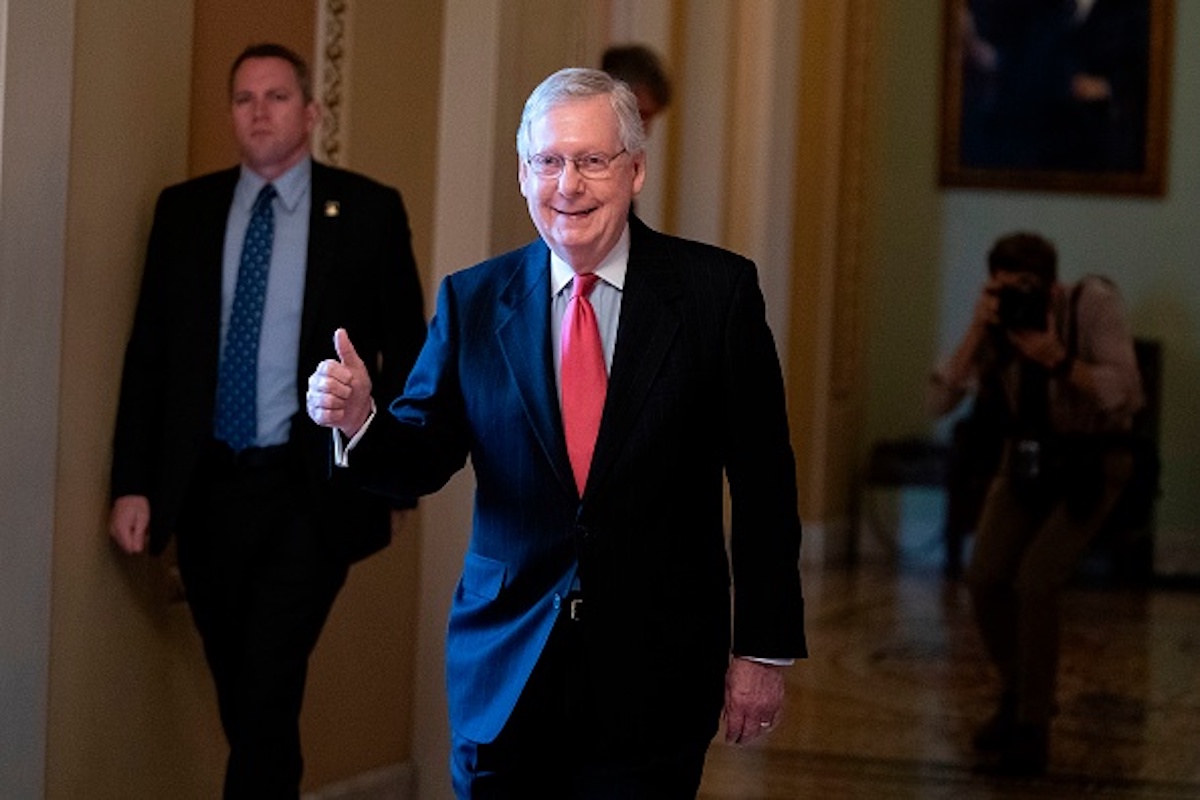 Senate Majority Leader Mitch McConnell (R-KY) leaves the US Senate floor at the US Capitol March 25, 2020, in Washington, DC. (Photo by ALEX EDELMAN/AFP via Getty Images)

Now the House will vote on the legislation and many House members expressed their concern about where the money will actually be going and how it will be fully monitored in conversations with the Daily Caller. One GOP House Source told the Daily Caller that “Congressmen beholden to special interests always use crises to deliver a payout. Then they just blame the crises on whichever rep calls them out.

“The left has been pushing diversity quotas and other pet projects while unsavory members in both parties use the opportunity to please their campaign contributors like the airlines and Wall Street,” the GOP source continued. (RELATED: Congress, White House Reach Agreement On Latest Coronavirus Bill)

House Minority Whip Steve Scalise’s office told the Daily Caller that “the Paycheck Protection Program was designed specifically to keep small businesses afloat and able to retain their workers during this time. The majority of loans have gone to small businesses, and we need to keep it that way when the House votes to replenish the program tomorrow.”

“Unfortunately, Democrats needlessly held up this additional aid for weeks in a naked attempt to use the suffering of small businesses and workers as leverage for their unrelated liberal priorities. Thankfully, they have stopped their political games for now and the House will replenish this aid tomorrow so it can get into the hands of small businesses and their workers quickly,” a spokesman for Scalise continued.

Gosar also said that “The Paycheck Protection Program should be accessible to America’s small businesses; this funding is designed to keep these staples of our communities afloat and keep employees on the payroll.”

Republican Kentucky Rep. James Comer shared his concerns with the Daily Caller, saying companies that were not affected by coronavirus should not be receiving money from the stimulus bill. Comer even added there should be oversight to make sure no one is receiving money who should not be.

“While it is important for Congress to act to keep businesses afloat and workers employed, I am troubled by reports of companies not significantly affected by COVID-19 receiving taxpayer assistance. The Paycheck Protection Program should be focused on the struggling small businesses who are the engine of America’s economy – not companies who have not been adversely affected by the present crisis,” Comer said to the Daily Caller.

“In the weeks and months ahead, Congress must conduct aggressive oversight to hold those accountable who have abused this program and fleeced millions from taxpayers,” he continued. (RELATED: Rand Paul Explains Why He Is Opposed To Next Coronavirus Funding Bill) 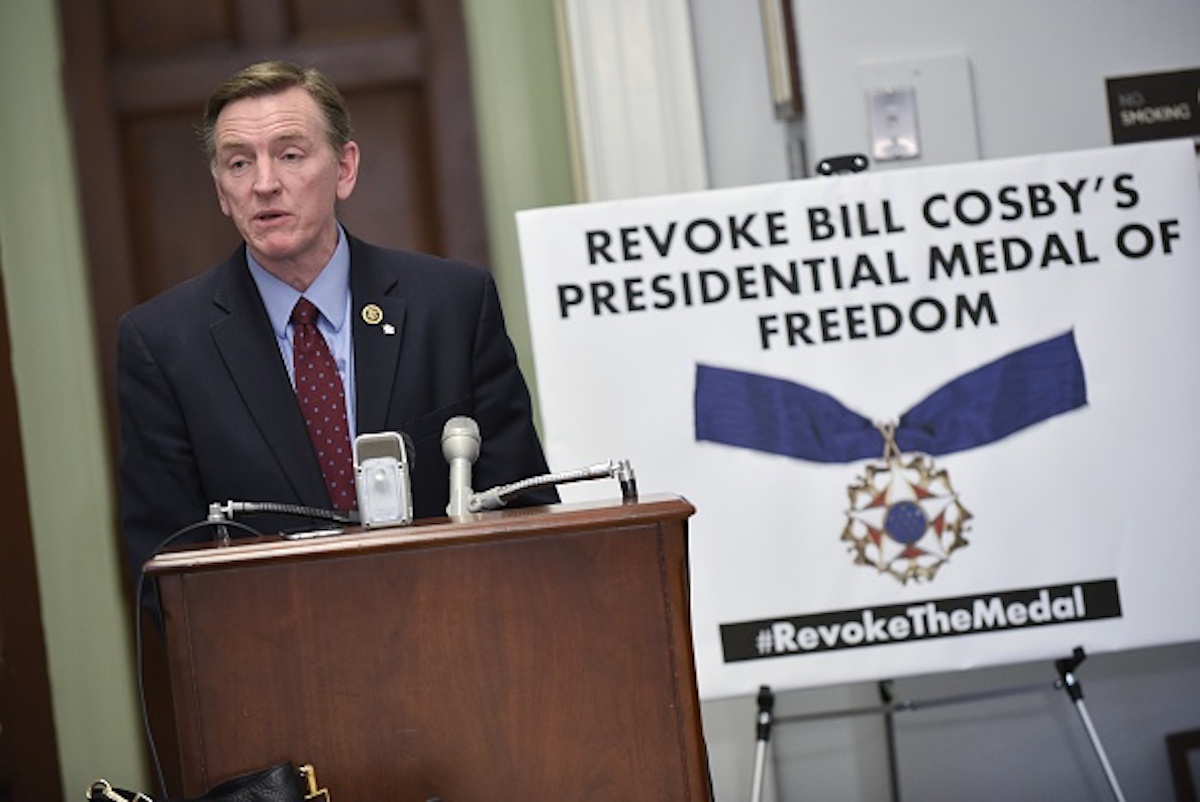 “While I am glad to see some companies like Shake Shack returning their loans, I hope to see other larger companies follow suit so that we can be supportive of the small businesses that make our individual communities so unique,” Steube continued.

Here is a list of everyone contacted by the Daily Caller, who did not respond. Not one Democrat contacted would respond or comment:

The members of the House will now have to vote on the Senate’s legislation before it goes to Trump’s desk for a signature.