Some abortions in Texas may continue during the pandemic, the attorney general’s office told the Daily Caller News Foundation on Thursday.

But after multiple lawsuits by abortion advocates throughout the nation, Paxton’s office said Thursday that it does not interpret rules or regulations, but rather defends Texas in lawsuits.

“We will continue to defend Governor Abbott’s executive orders,” spokeswoman Kayleigh Date told the DCNF, noting that while Executive Order GA 15 applies to “all licensed health care professionals and all licensed health care facilities,” and the order does not contain specific exemptions for abortion providers, Planned Parenthood has submitted certifications required by the order and is therefore not at risk of enforcement.

Planned Parenthood of the Gulf Coast, which did not respond to a request for comment from the DCNF, tweeted Thursday announcing that “abortion services have been restored in Texas.” (RELATED: Planned Parenthood Requests Donations Of PPE For Abortions During Coronavirus Pandemic)

Melaney A. Linton, president & CEO of PPGC, added in a statement that the “state’s political posturing unnecessarily jeopardized Texans’ health and wellbeing, and every time we were forced to suspend care, real people suffered.”

BREAKING: Abortion services have been restored in Texas. pic.twitter.com/xeVo5EVjJu

Abbott shied away from saying whether abortions would be prohibited in his new executive order only. The Texas governor, who has not responded to a request for comment, said earlier in April that “ultimately, obviously that will be a decision for courts to make,” according to The Texas Tribune.

“We are pleased to see this legal whiplash come to an end,” said Hagstrom Miller. “For the past month our patients were pawns in a cruel game played by the governor and attorney general and it was unconscionable. Our staff had to cancel hundreds of appointments and we heard the anguish and despair that our patients went through.” 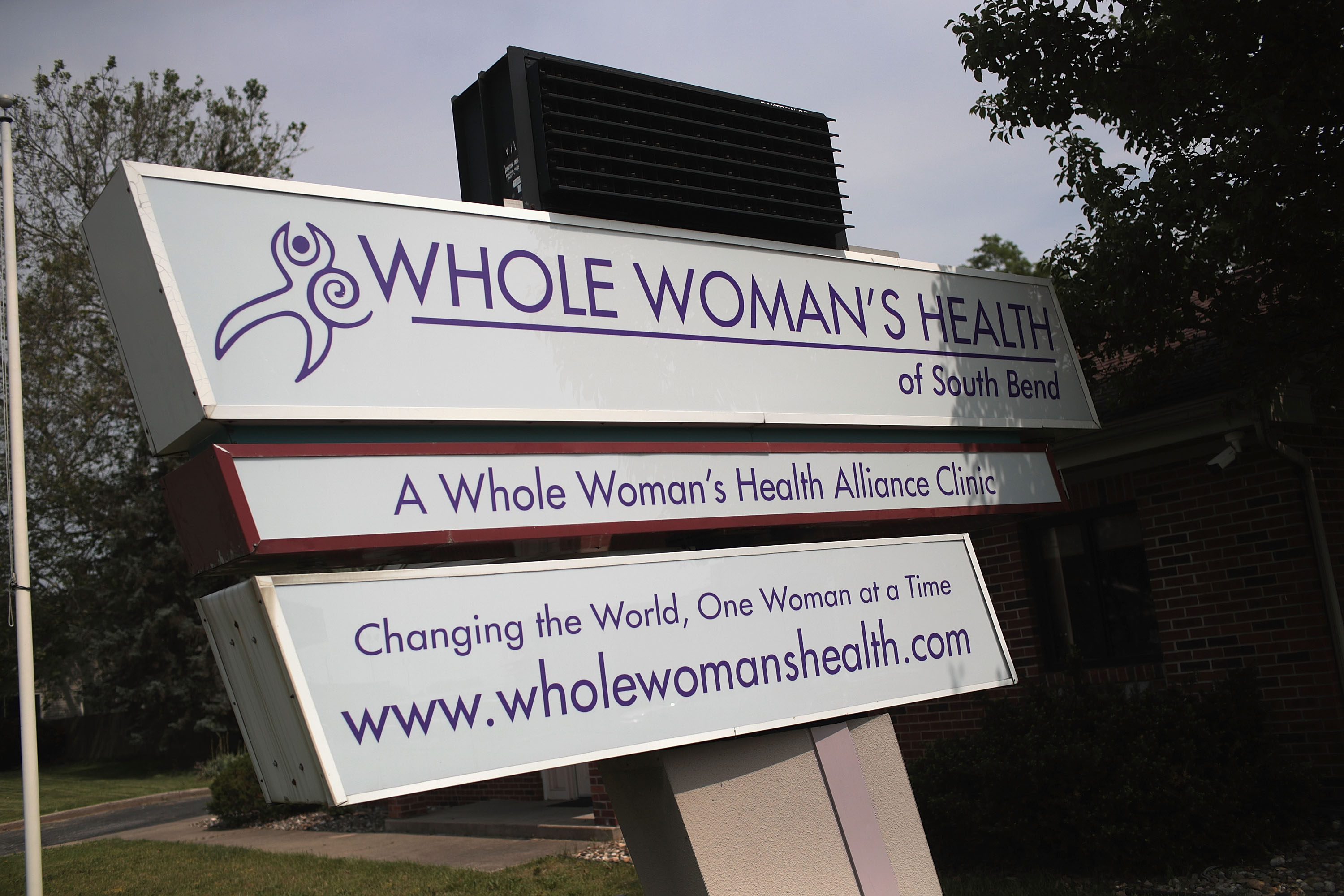 SOUTH BEND, INDIANA – JUNE 19: A sign sits in the front of Whole Woman’s Health of South Bend on June 19, 2019 in South Bend, Indiana. The clinic, which provides reproductive healthcare for women including providing abortions is scheduled to open next week following a nearly two-year court battle.  (Photo by Scott Olson/Getty Images)

Hagstrom Miller added: “Texans must never forget the events of this past month. Abortion is essential health care.”

Whole Woman’s Health did not respond to a request for comment as to whether the clinics had received guidance from Paxton’s or Abbott’s offices on remaining open.