A new report by a federal religious freedom commission describes the “deteriorating” conditions worshippers face in China, a country that has “declared war on all religious faiths,” a commissioner told Daily Caller.

The United States Commission on International Religious Freedom released their annual report Tuesday, which assesses religious freedom violations and progress in 29 countries during 2019.

Among those countries, China has been designated a “country of particular concern” (CPC), meaning the government engages in or tolerates “particularly severe” violations of religious freedom, including torture, prolonged detentions without charges, and abductions.

Gary Bauer, a commissioner at USCIRF appointed by President Donald Trump, tells the Daily Caller that the Chinese government is a “regime that fears religion.”

“In China’s case, they’ve almost accomplished an Orwellian type of society where they’re marrying tech facial recognition and artificial intelligence to monitor religious groups, and everyone,” Bauer describes to the Caller.

Between 900,000 and 1.8 million Muslims have been detained in more than 1,300 concentration camps in Xinjiang — a region that has become infamous for the hundreds of camps where Uyghur Muslims are detained and never charged with crimes. 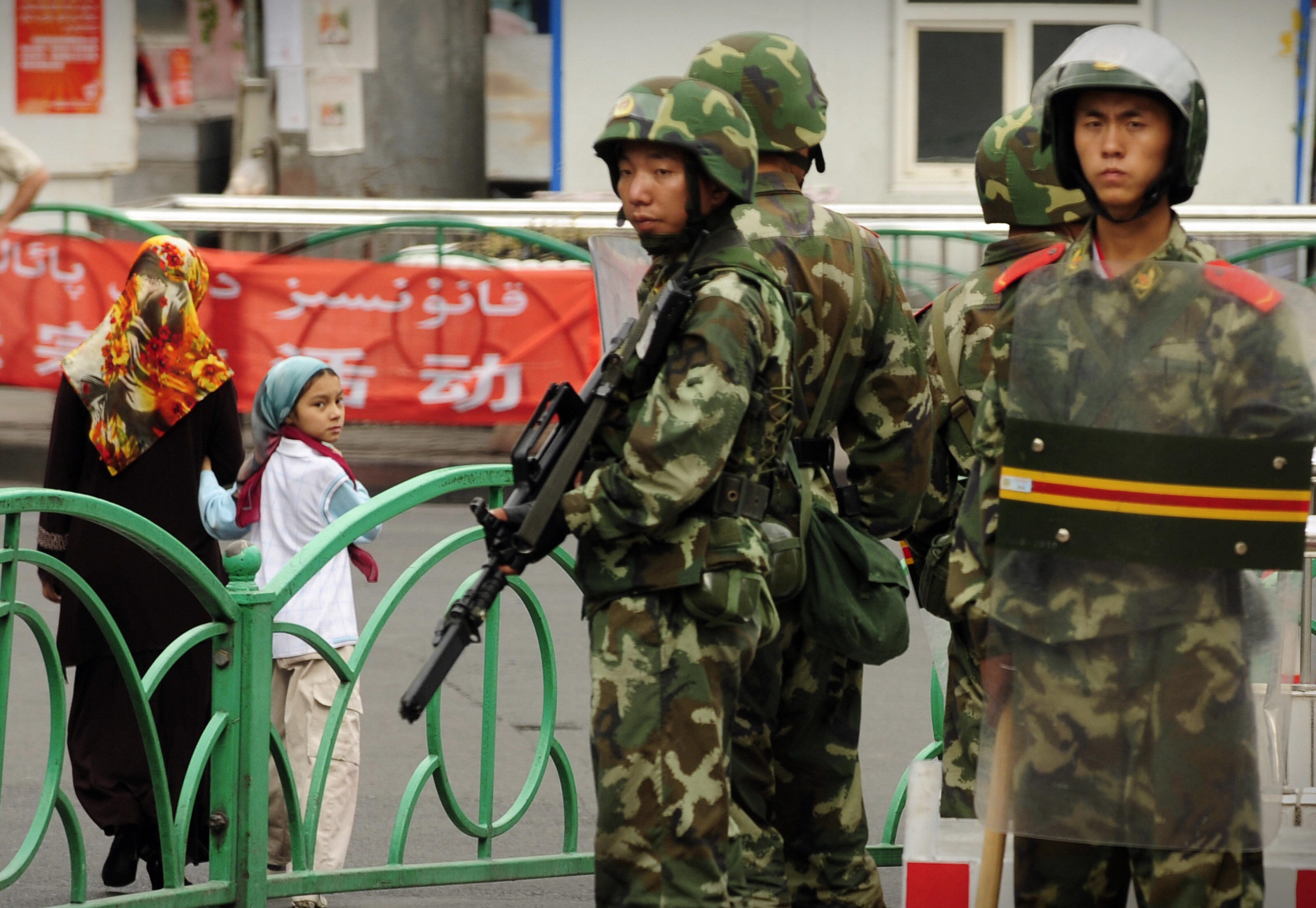 Chinese paramilitary policemen stand guard on a street in the Uighur district of Urumqi city, in China’s Xinjiang region, on July 14, 2009. (PETER PARKS/AFP via Getty Images)

Chinese documents leaked in late 2019 revealed secret speeches Chinese President Xi Jinping gave warning of the “toxicity of religious extremism,” and called for officials to “round up everyone who should be rounded up,” the New York Times reported.

Individuals have been sent to camps for wearing long beards or refusing alcohol, and mosques and Arabic-language signs have been destroyed or damaged. The camps have also transitioned from reeducation to forced labor, with reports of torture, rape, and sterilization from former detainees. 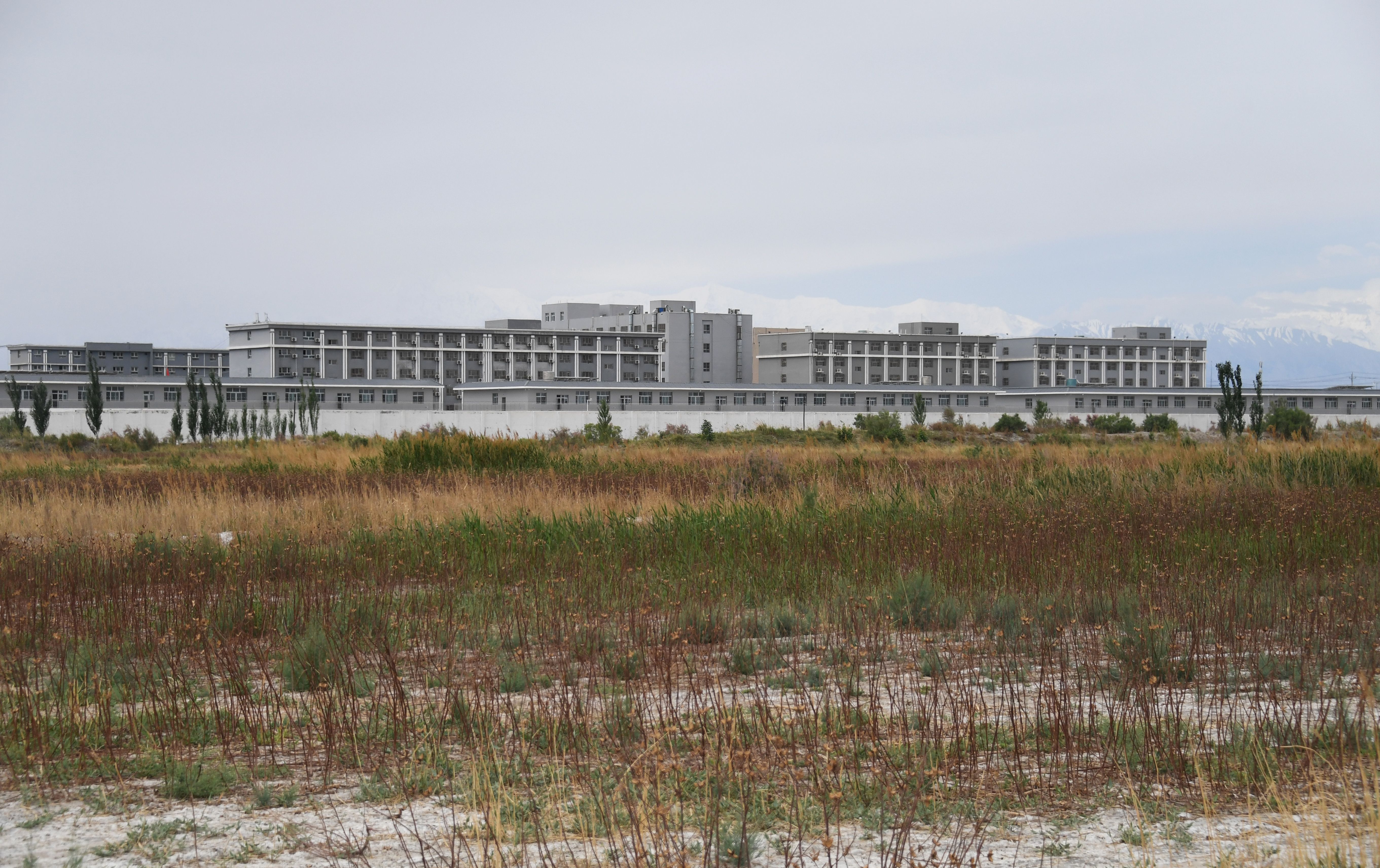 This photo taken on June 4, 2019 shows a facility believed to be a re-education camp where mostly Muslim ethnic minorities are detained. (GREG BAKER/AFP via Getty Images)

The Chinese government also raided or closed down hundreds of churches in 2019. Authorities removed crosses from churches and banned youth under the age of 18 from participating in religious services, the report says. Images of Jesus Christ or the Virgin Mary were also replaced with pictures of President Xi Jinping.

“They just can not tolerate citizens having loyalty to anything higher than the Chinese Community Party,” Bauer said. “In the last 30 years, a lot of Americans forgot that the country is “communist” China.  And being a committed communist regime, they will not tolerate any loyalty by the people they rule over to something higher than the Communist Party of China. Any loyalty is seen as dangerous and unacceptable.”

During a webinar earlier in the day, Bauer described his shock when reading a news headline earlier this month about China being appointed to a panel on the U.N. Human Rights Council, analogizing it to a school inviting a drug cartel leader to teach students about why they shouldn’t use drugs.

In recent years, the Chinese government has initiated campaigns to “sinicize” religions like Islam, Tibetan Buddhism, and Christianity to rid them of “foreign influence,” the report said.

The churches that are maintained are state-run. Instead of joining these “churches,” where worshippers are closely monitored and spied on, many Christians, which make up 5% of the country, worship underground. 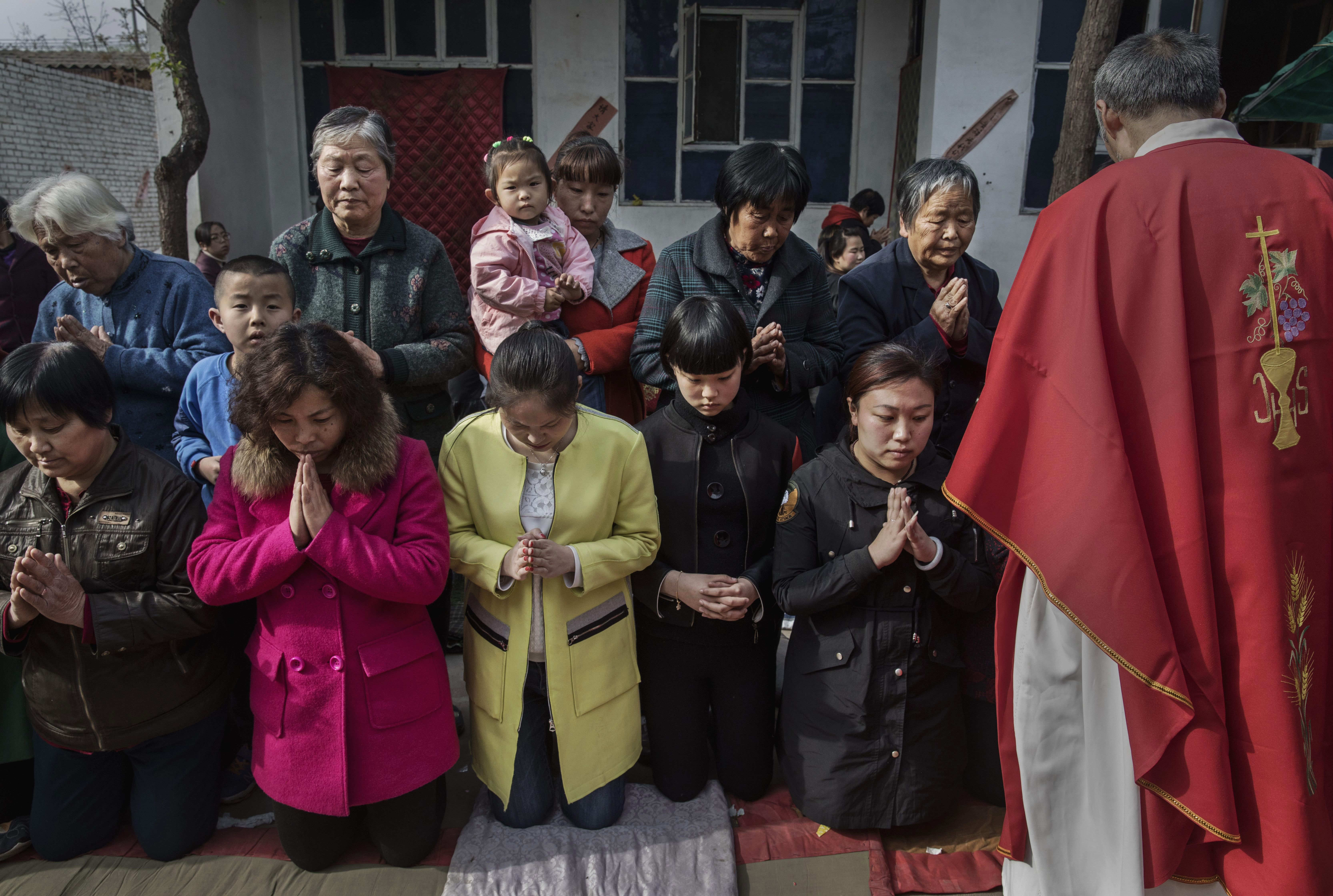 Chinese Catholic worshippers wait to take communion at the Palm Sunday Mass during the Easter Holy Week at an “underground” or “unofficial” church. (Photo by Kevin Frayer/Getty Images)

“The old Soviet Union did this for decades. They maintained some churches to be open but the “pastors” in those churches were working for the KGB,” Bauer said.

“It’s an old tactic by the authorities of communist regimes. It becomes very easy for the Chinese communists to use facial recognition devices in churches so everyone who enters the church to worship has their image captured and used for nefarious purposes.”

Chinese Christians instead opt for underground churches, even baptizing their children in the dead of the night at local rivers so as to not appear on the government’s radar, Bauer said.

Bauer, however, is pessimistic for the future of religious freedom in China given recent and current trends showing China tightening its grip on dissent or unfavorable portrayal of the regime. 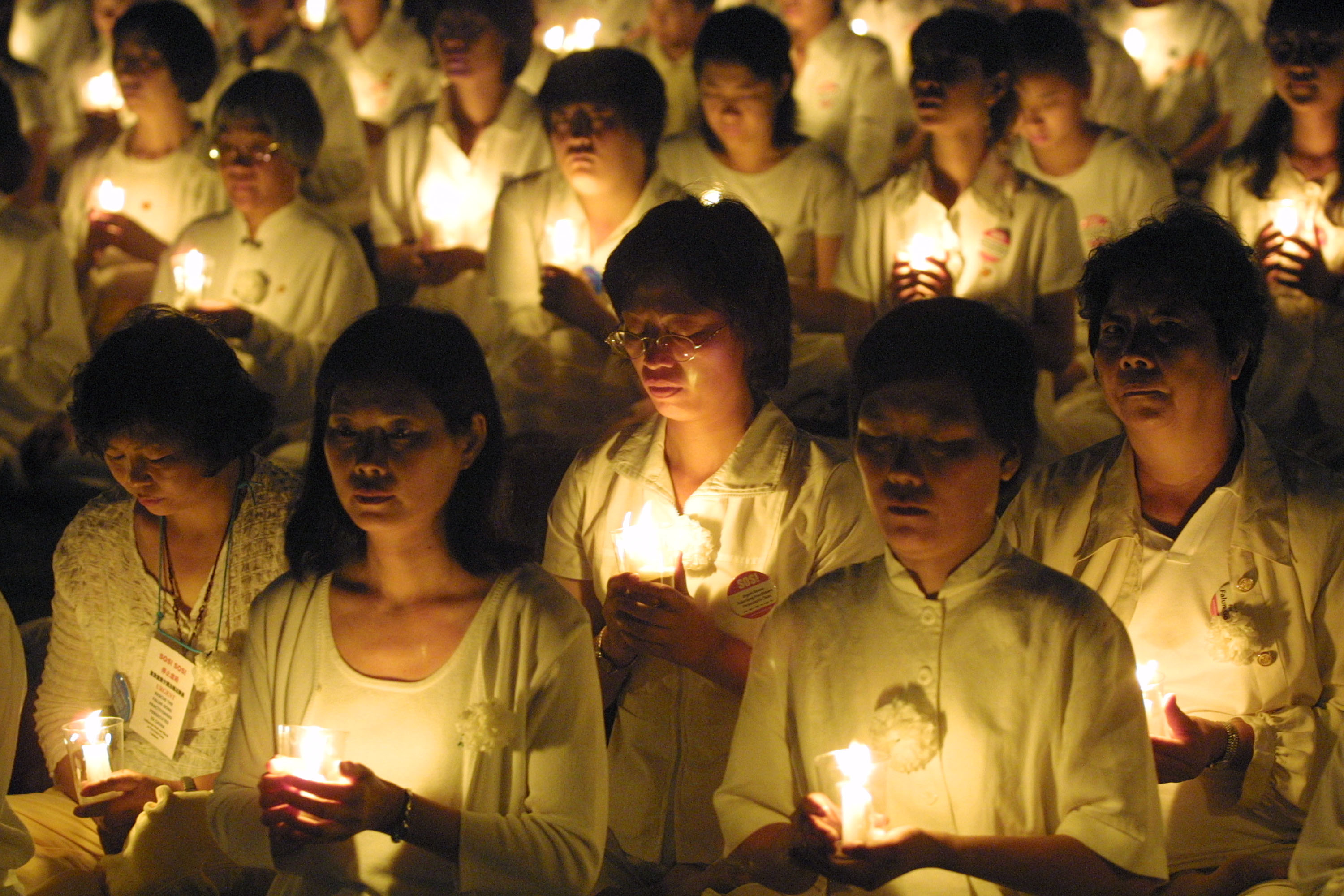 Members of the Falun Gong spiritual movement hold candles during a candlelight vigil July 19, 2001 in Washington, DC to mark the second anniversary of a Chinese government crackdown on the outlawed religious sect. (Photo by Alex Wong/Getty Images)

In March, China announced it would expel journalists working for the New York Times, the Wall Street Journal and the Washington Post. The announcement came as tensions between the U.S. and China were escalating due to the coronavirus outbreak that originated in Wuhan.

The NBA censored a team manager in October for tweeting support of pro-democracy protests in Hong Kong, costing the NBA all of its official partner companies in China.

Video game giant Activision-Blizzard also banned a prominent player from competing for a year for showing solidarity with Hong Kong protestors, and MGM Studios digitally altered the 2012 remake of “Red Dawn” to portray forces invading the U.S. as North Korean rather than Chinese. (RELATED: All Of The NBA’s Chinese Partners Have Severed Their Relationships)

“The expulsion of American media outlets, the excuse we were given at the time, was that they disliked the reporting they were seeing with China’s coronavirus,” Bauer tells the Caller. “Kicking the papers out serves a couple purposes for the CCP: Not only sends the message on reporting of the virus, but also makes it a lot harder for newspapers and media outlets in free countries to report on increasing persecution of religious groups.”

The dependence on China by major American companies and the apprehension about economic consequences that could follow if any criticism of China is voiced also highlights a concern that President Trump brought to the fore in his presidential campaign and administration. 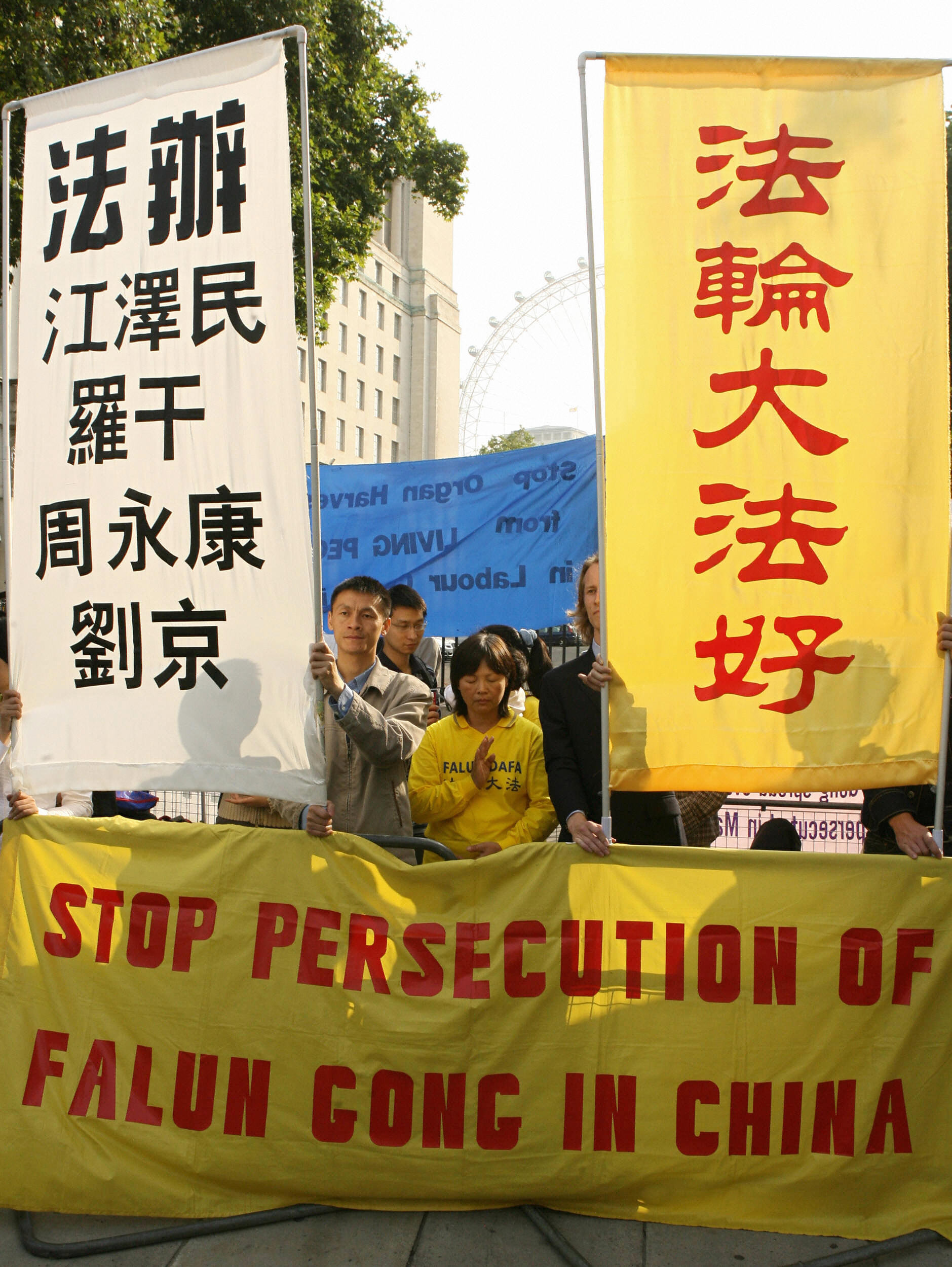 “President Trump was way ahead of everybody in the political establishment,” Bauer said. “Warning that China is a problem, and shifting manufacturing there would come back to haunt us even more than it already has.”

“There are other media outlets in the U.S. who hope to do business with China and be in the Chinese market who don’t really report on Chinese abuses of religious liberty. We’ve seen even good American capitalists look the other way rather than critique China’s human rights infringements and how workers are treated because those companies don’t want to jeopardize the dream they had of great profits with China.”

“So sadly, those of us who predicted that trade with China would change us, were right.”