The White House is vehemently denying a Thursday report from The Washington Post claiming that President Donald Trump is considering canceling part of the United States’ debt obligations to China as a retaliatory measure for allowing the international spread of coronavirus.

Multiple senior White House officials told the Daily Caller that discussions on debt cancellation had not taken place within the administration and that they had not even heard the subject broached until the Post’s piece was published. (RELATED: White House Investigating Ways To Hold China ‘Accountable’ For Coronavirus Spread, Senior Aides Claim)

“The answer is absolutely not,” Kudlow said in a statement on the story. “The full faith and credit of U.S. debt obligations is sacrosanct, and that includes, by the way, maintaining the dollar as the world’s reserve currency.” 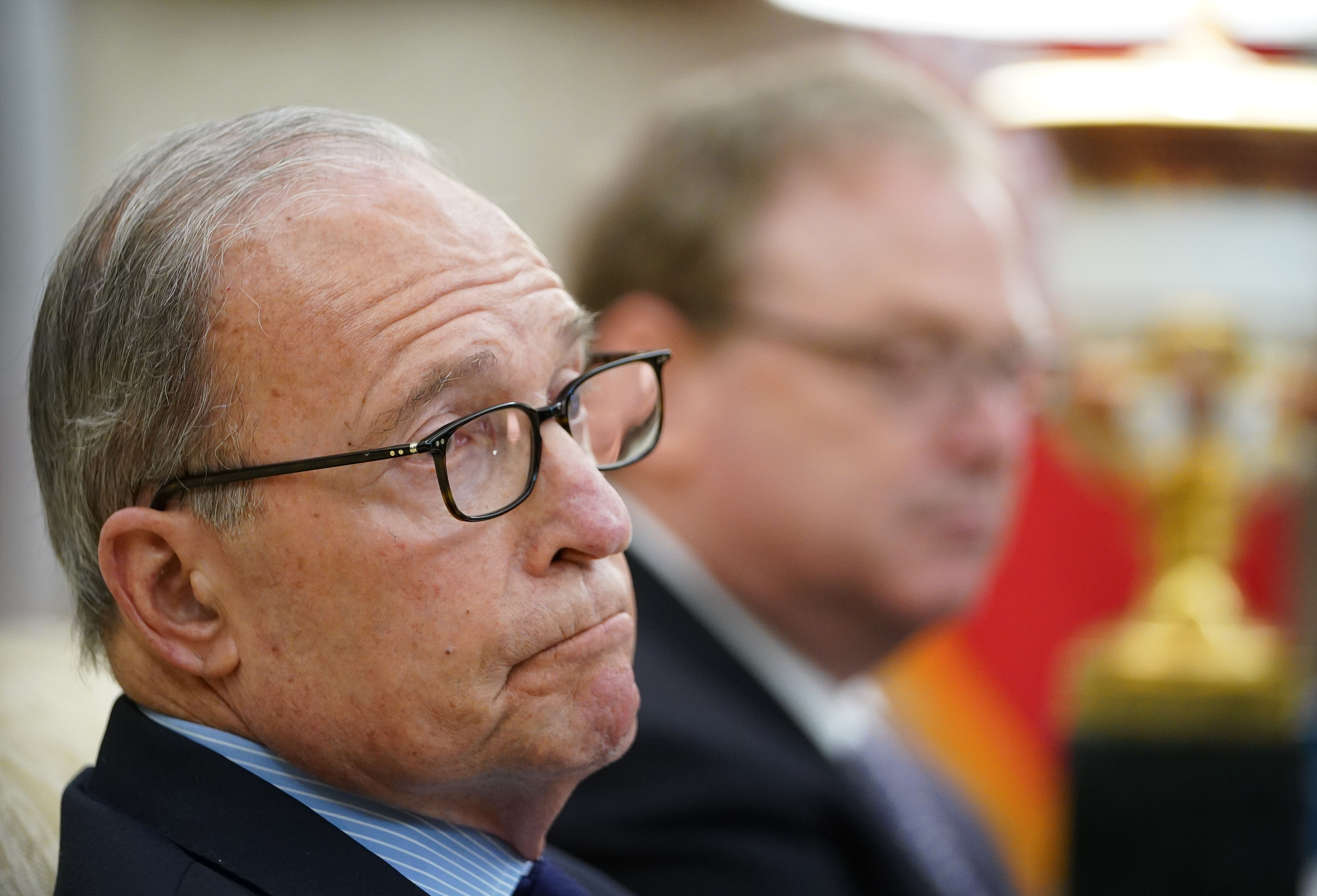 Director of the National Economic Council Larry Kudlow looks on during a meeting in the Oval Office of the White House in Washington, DC on April 28, 2020. (Photo by MANDEL NGAN/AFP via Getty Images)

Hassett told Politico that he would “never entertain any default on U.S. debt.”

White House officials previously confirmed to the Daily Caller that the administration is investigating ways to hold China financially “accountable” for allowing coronavirus to spread around the globe.

Daily Caller first reported in March that Trump’s top White House and civilian advisers had been briefed on a bi-partisan civil lawsuit filed by Berman Law Group in Florida seeking financial compensation from the Communist Party of China.

“The administration is taking the necessary steps to get to the bottom of China/CCP’s failure to properly contain the virus and the intentional suppression of information allowing for the proliferation of the virus worldwide,” Berman spokesman Jeremy Alters told the Daily Caller on Wednesday. “This investigation will expose what we have been saying from the beginning when we at Berman Law Group were first to file a class action lawsuit vs China/CCP — and we fully support the efforts.”

“China/CCP knew of the tragic dangers of the virus, the propensity for human to human spread, the omnipresent and relentless nature of the virus. We have said that the lawsuit will bring forth the truth, and unity in doing so makes the effort that much more powerful.”