As part of Attorney General Bill Barr’s crackdown on religious freedom violations during coronavirus gathering restrictions, the Justice Department has become involved in the case of a Virginia church alleging the state infringed upon its First Amendment rights.

The church alleges that police issued a criminal citation and summons to Lighthouse’s pastor for violating gathering orders after it held a 16-person Palm Sunday worship service in its 225-seat sanctuary while practicing rigorous social distancing and hygiene protocols.

Assistant Attorney General for Civil Rights, Eric Dreiband, and U.S. Attorney for the Eastern District of Michigan, Matthew Schneider, were tasked by Barr to review state and local policies to spot possible constitutional violations. In the case of Lighthouse, Dreiband and Schneider noted the inconsistency in Virginia’s gathering policy. 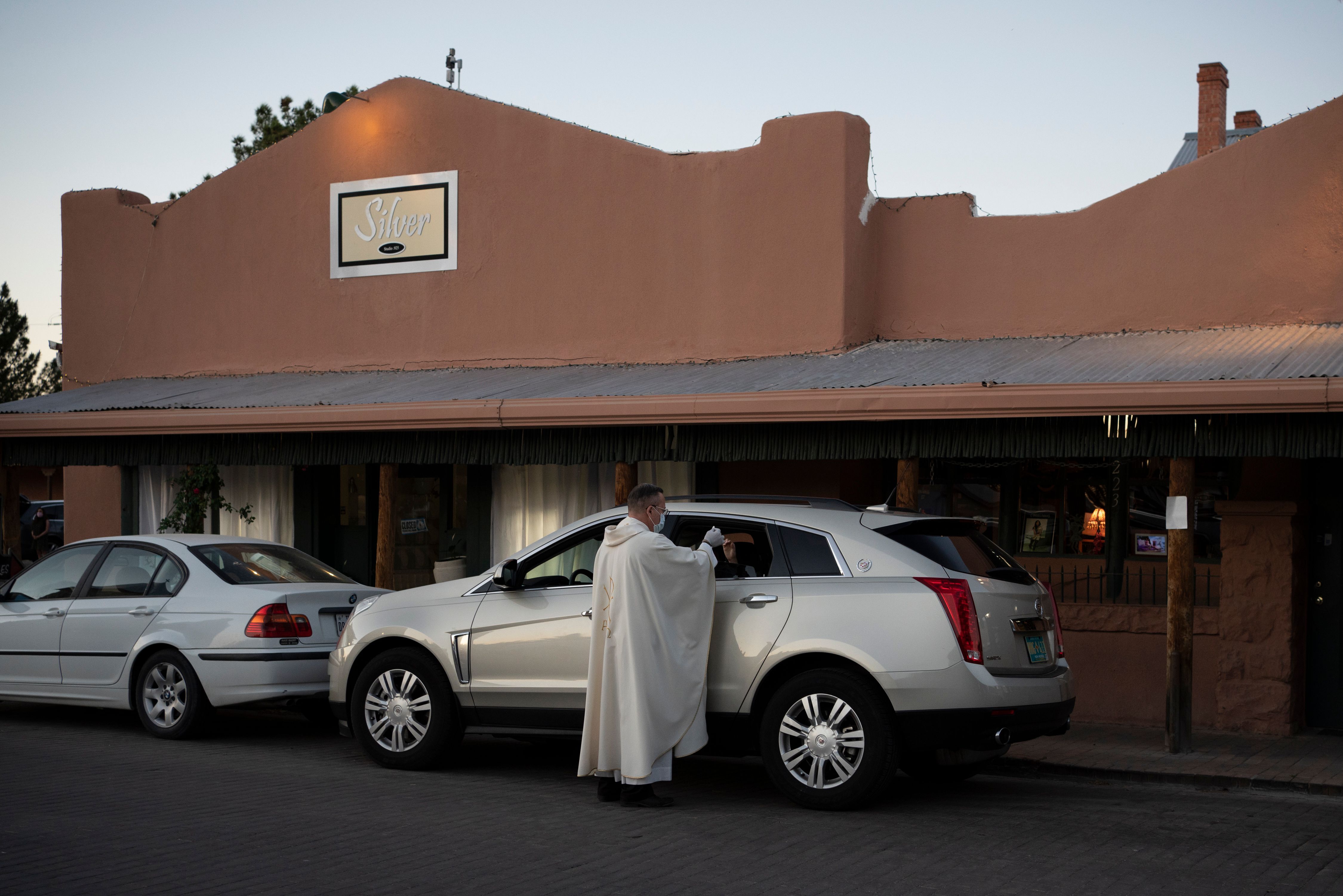 Father Christoper Williams gives communion to parishioners in their cars outside of the Basilica of San Albino on May 2, 2020 in Mesilla, New Mexico, amid the coronavirus pandemic. (Photo by PAUL RATJE/AFP via Getty Images)

“For many people of faith, exercising religion is essential, especially during a crisis,” Dreiband said, according to the department’s statement.

“The Commonwealth of Virginia has offered no good reason for refusing to trust congregants who promise to use care in worship in the same way it trusts accountants, lawyers, and other workers to do the same.”

The governor’s executive order may violate the church’s constitutional rights to the free exercise of religion due to its ban on religious gatherings while permitting secular conduct, like a meeting at a law firm, to proceed even under the same gathering conditions.

“As important as it is that we stay safe during these challenging times, it is also important for states to remember that we do not abandon all of our freedoms in times of emergency,” Schneider said.

“Unlawful discrimination against people who exercise their right to religion violates the First Amendment, whether we are in a pandemic or not.”

Attorney General Mark Herring defended Northam, saying that “as a person of faith, the governor recognized that the temporary gatherings restrictions would be particular hard on religious communities,” the Christian Post reported.

He also added that Northam’s guidance was “designed to help faith communities” and that he worked with religious leaders to accommodate in the meantime.