“I don’t think there is any question about it,” Trump responded when asked a question on whether China’s action allowed the pandemic to spread across the globe. He proceeded to tell host Bret Baier that the administration “will be giving a very strong report on what we think happened, and I think it will be very conclusive.”

The president has repeatedly claimed to have seen evidence the virus leaked out of a research facility, and his latest comments come the same day that Secretary of State Mike Pompeo maintained the administration has compiled an extensive report on the virus’s lab origins.

“We have said from the beginning, this virus originated in Wuhan, China. We took a lot of grief for that from the outset. But I think the whole world can see now,” Pompeo said on ABC Sunday morning. “Remember, China has a history of infecting the world and they have a history of running sub-standard laboratories.”

“These aren’t the first times that we have had the world exposed to viruses as a result of failures in a Chinese lab.” (RELATED: Majority Of Intelligence Community Agencies Believe Coronavirus Leaked Out Of Wuhan Lab, Senior Intel Official Says)

Trump clarified Sunday night that he doesn’t view the coronavirus as a malicious action from China. 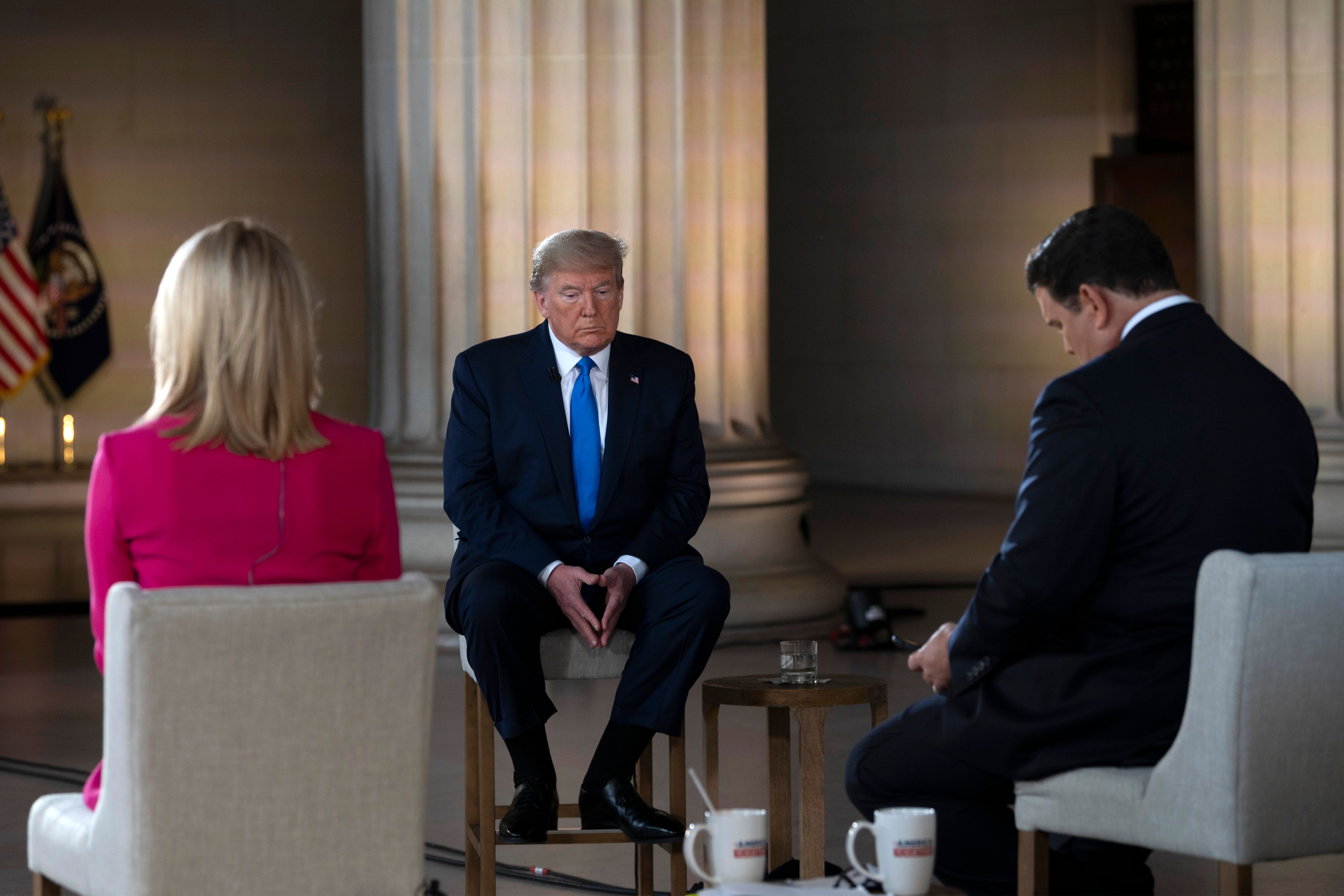 US President Donald Trump gestures as he speaks during a Fox News virtual town hall “America Together: Returning to Work,” event, with anchors Bret Baier (R) and Martha MacCallum (L), from the Lincoln Memorial in Washington, DC on May 3, 2020. – Trump will answer questions submitted by viewers on Twitter, Facebook and Instagram. (Photo by JIM WATSON/AFP via Getty Images)

“They tried to cover it, they tried to put it out,” he continued. “It’s like trying to put out a fire. They couldn’t put out the fire.”

The White House is actively investigating ways to hold China financially accountable for its role in allowing the pandemic to spread across the globe. Officials did not respond when asked by the Daily Caller when the president’s aforementioned report will be publicly released.