Stimulus spending meant to cushion the economic fallout from the coronavirus pandemic has pushed the national debt beyond $25 trillion.

Republican Kentucky Sen. Rand Paul told “America’s Newsroom” on Wednesday that there will be an “economic calamity” if the country doesn’t reopen soon due to the country’s growing mountain of debt.

“We have no money, we have no rainy day account, we have no savings account,” Paul said.  “The three trillion that we’ve already passed out is imaginary money.” 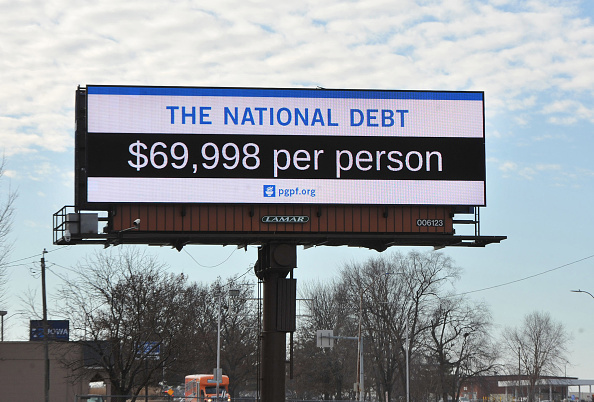 “The latest … projection from the Congressional Budget Office, released Friday, states the U.S. deficits will mushroom to $3.7 trillion in 2020, fueled by the four coronavirus relief bills signed into law by President Donald Trump,” per the Associated Press. A fifth bill is already underway.

In addition to the support bills passed by congress, the Federal Reserve has also injected $1.5 trillion and slashed interest rates to next to nothing. (RELATED: Dow Futures Jump After Federal Reserve Announces It Will Buy As Much Government Debt As Needed For Coronavirus Relief)

“WE CANNOT LET THE CURE BE WORSE THAN THE PROBLEM ITSELF,” President Trump tweeted March 22.