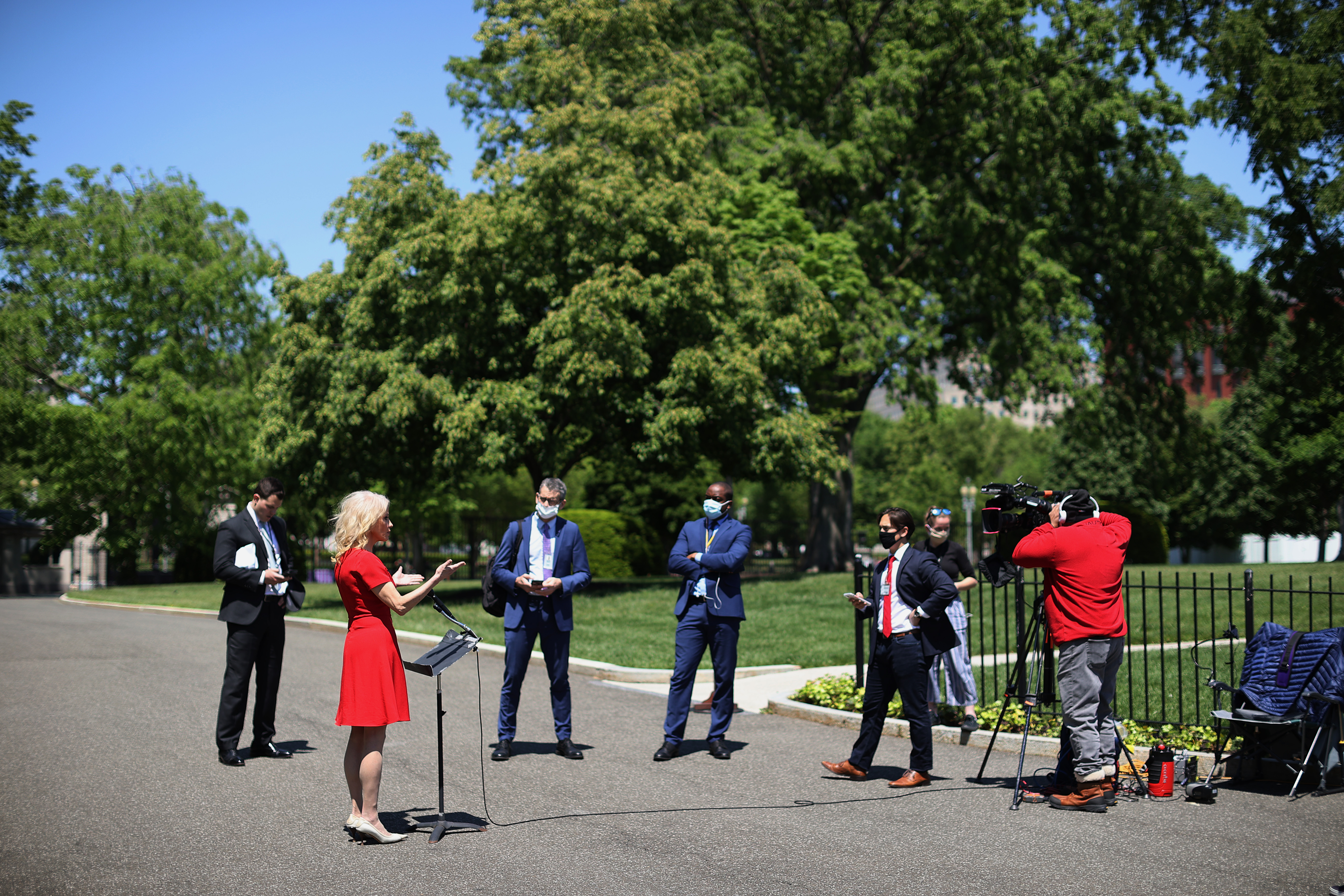 WASHINGTON, DC – MAY 07: Reporters maintain social distancing due to the novel coronavirus pandemic while asking White House Counselor to the President Kellyanne Conway questions outside the White House May 07, 2020 in Washington, DC. Conway participated in three television interviews before talking to the reporters. (Photo by Chip Somodevilla/Getty Images)

“That strikes people as an unfairness on top of an injustice wrapped around inequality,” Conway told the Daily Caller. “You hear somebody who said to the judge, ‘no, I wouldn’t apologize because I need to feed my family.’ We hear stories like that all across this country. As of today 33 million Americans have filed for unemployment, and it’s devastating. It’s economically devastating.” (RELATED: Labor Department Reports More Than 3 Million New Jobless Claims As States Weigh Reopening Costs)

“It is a health and financial crisis, and that’s why we’re trying to manage both of those every single day.”

“When you say that I’m selfish because feeding my kids is not selfish,” she told the judge in her. “I have hairstylists that are going hungry because they would rather feed their kids  So sir, if you think the law is more important than kids getting fed, then please go ahead with your decision. But I am not going to shut the salon.”

Conway added Thursday that more than 40 states have worked with the White House task force on formalizing their reopening plans.