The Supreme Court unanimously upheld a federal statute that forbids encouraging illegal aliens to remain in the U.S. unlawfully in a decision Thursday.

The Supreme Court justices voided an earlier decision by the Ninth Circuit Court of Appeals, which had ruled that a federal anti-harboring statute was unconstitutional on the grounds that it violated the First Amendment by restricting free speech. The ruling by the nation’s highest court Thursday upholds the law.

The Supreme Court not only vacated the appeals court’s decision, but also criticized the judges for “drastically” straying from judicial norms.

“[T]he appeals panel departed so drastically from the principle of party presentation as to constitute an abuse of discretion,” Ginsburg wrote, and later stated that “a court is not hidebound by the precise arguments of counsel, but the Ninth Circuit’s radical transformation of this case goes well beyond the pale.” (RELATED: Trump’s Win With Appeals Court Prevents Release Of 250 ICE Detainees)

The decision brings to a close a court battle that lasted roughly 10 years.

A grand jury indicted California immigration consultant Evelyn Sineneng-Smith in 2010 for multiple violations of anti-harboring laws, which make it a felony to “encourag[e] or induc[e] an alien to come to, enter, or reside in the United States, knowing or in reckless disregard of the fact that such coming to, entry, or residence is or will be in violation of law.” 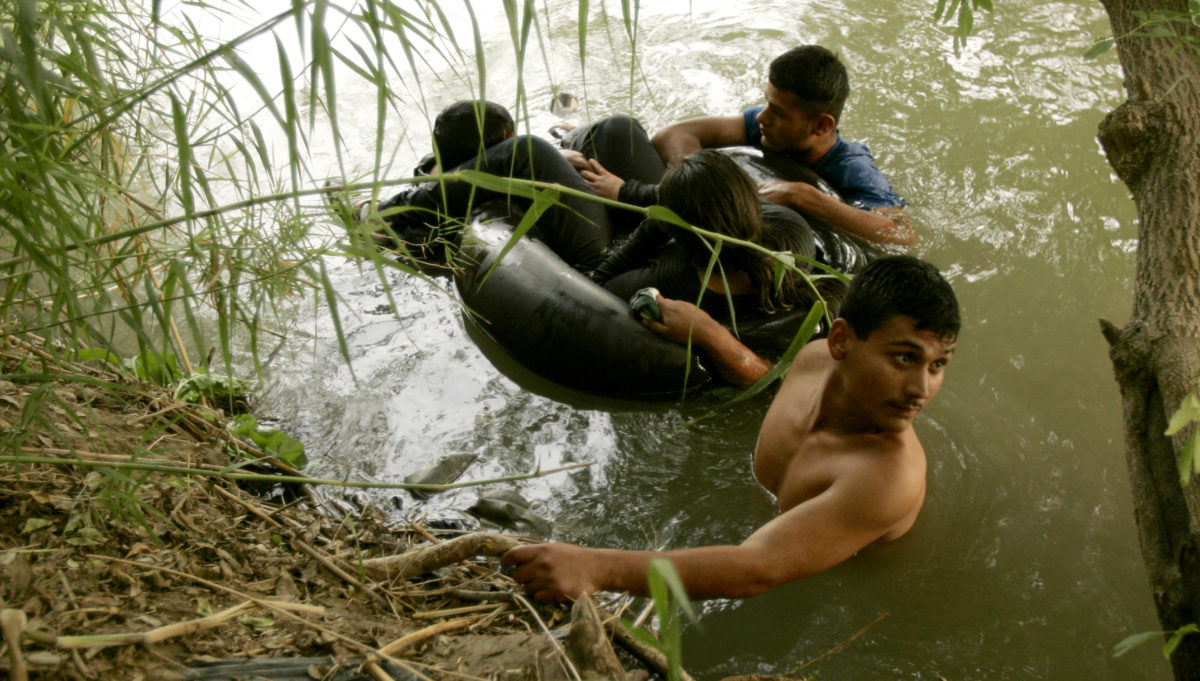 A group of illegal aliens wait on the U.S. side of the Rio Grande river, after floating across in a tire tube, in Laredo, Texas May 2, 2006. U.S. Border Patrol agents intercepted the group and they eventually went back to Mexico. REUTERS/Rick Wilking

Sineneng-Smith encouraged illegal alien clients to apply for a certification that would allow them to remain legally in the country, despite them not qualifying for the certification, according to the indictment. She would charge her clients a fee for this service, and allegedly made millions off of the scheme.

In a challenge to the decision, Sineneng-Smith argued that the law violated her right to free speech. The Ninth Circuit reversed her conviction, finding that the entire law was invalid as an over broad restriction of speech.

The Ninth Circuit’s reversal however, was not based on arguments presented by her defense, but by third party arguments submitted to the panel of judges.

The Supreme Court ruled that the Ninth Circuit overstepped its authority by injecting an argument not made by the defendant herself. The decision ultimately reaffirms that parties — not the courts — shape issues in a court case.

The case is now to be sent back to the Ninth Circuit “for reconsideration … bearing a fair resemblance to the case shaped by parties.”

The decision was hailed by immigration hawks.

“Unfortunately, the Court did not have to reach the issue of whether this important statute is constitutional, but it did keep the law in place. When and if the overbreadth issue is brought up properly by a defendant in the future, we will be there,” Wilcox said.