The measures would prohibit federal banking regulators from taking adverse actions against financial institutions that provide services to businesses that cultivate, produce, manufacture, sell, transport, display or purchase cannabis products in states where the substance is legalized.

In total, the 1,815-page stimulus bill contains 68 references to the word “cannabis.”

The bill does not modify marijuana’s status as a Schedule 1 controlled substance.

The proposed legislation is based on the SAFE Banking Act, which was first introduced by Colorado Democratic Rep. Ed Perlmutter in March 2019 and passed by the House in September by a vote of 321 to 103. The Senate has not yet held a vote on the bill.

“I have been pushing for this because the #COVID19 crisis has only exacerbated the risk posed to cannabis businesses & their employees,” Perlmutter tweeted Tuesday after learning of the SAFE Banking Act’s inclusion in the stimulus bill. “They need relief just like any other legitimate business.”

I just learned the #SAFEBankingAct is included in the CARES 2.0 package. I have been pushing for this because the #COVID19 crisis has only exacerbated the risk posed to cannabis businesses & their employees & they need relief just like any other legitimate business. #copolitics

Marijuana advocacy groups hailed the inclusion of the cannabis banking reforms in the Democrats’ coronavirus relief package but were critical that the bill did not permit the Small Business Administration from providing loans to state-licensed cannabis businesses.

“The inclusion of the SAFE Banking Act in the CARES 2 package is a positive development, but one that’s akin to applying a band-aid to a gaping wound,” said Justin Strekal, the political director of the marijuana advocacy group NORML.

“While larger, better capitalized players may be able to weather this storm, smaller cannabis businesses may not be able to do so absent some economic stimulus,” Strekal said. 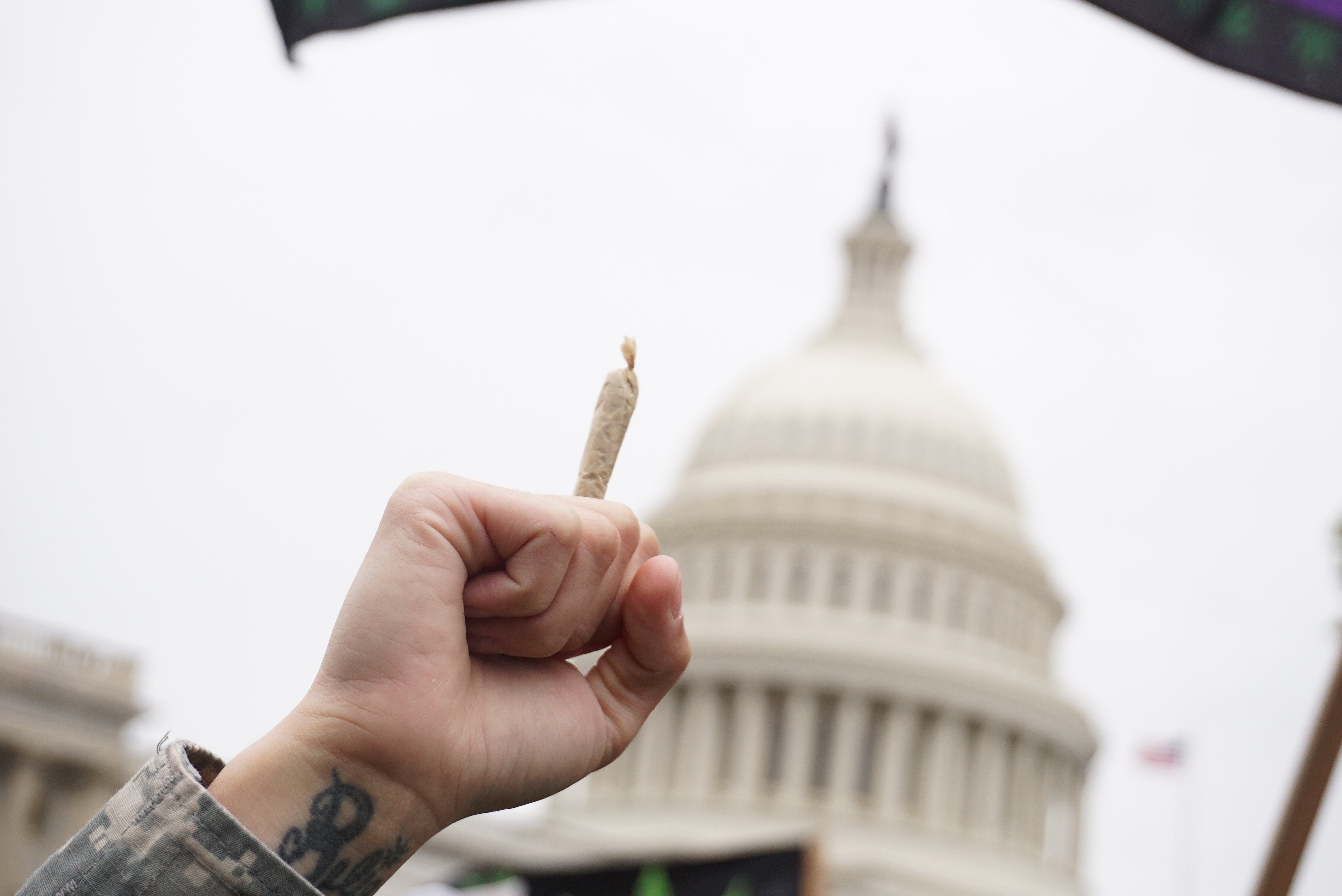 A group opposed to the legalization of marijuana, Smart Approaches to Marijuana, said House Democrats’ decision to include the SAFE Banking Act in their stimulus bill “makes no sense.”

“Numerous industries have been forced to completely shut down and have made great sacrifices to comply with shutdowns and limitations on their business operations. The marijuana industry has been a painfully obvious exception to this,” SAM CEO Kevin Sabet said in a statement, according to The Hill. “This industry has used its lobbying arm to force state officials to keep their storefronts open, sued leaders who shut them down, and bragged incessantly about their revenues.”

Senate Republicans have warned House Speaker Nancy Pelosi that her $3 trillion stimulus bill is dead on arrival if it makes it to the Senate, according to CNN.

“That will not pass. It’s not going to be supported,” said Republican Sen. John Barrasso of Wyoming.