The Washington Nationals are set to have the first virtual World Series ring ceremony in MLB history.

The Virtual Ring Ceremony will be televised Sunday at 7 p.m. on MASN, MLB Network and the Nationals’ official website. The team-produced documentary “Improbable” also will debut Saturday at 7 p.m., with Part 2 shown Sunday at 5:30 p.m. in advance of the ring ceremony.

The broadcast will take place at 7 p.m. ET on Sunday, May 24, on Nationals.com, MLB Network, MASN and the Nationals’ Facebook and YouTube channels. The broadcast will feature appearances from members of the 2019 World Series championship team as well as notable personalities from the Washington, D.C. area. (RELATED: Teenagers In 1980 Sent Letters To MLB Teams Asking To Be The General Manager. Here’s How They Responded) 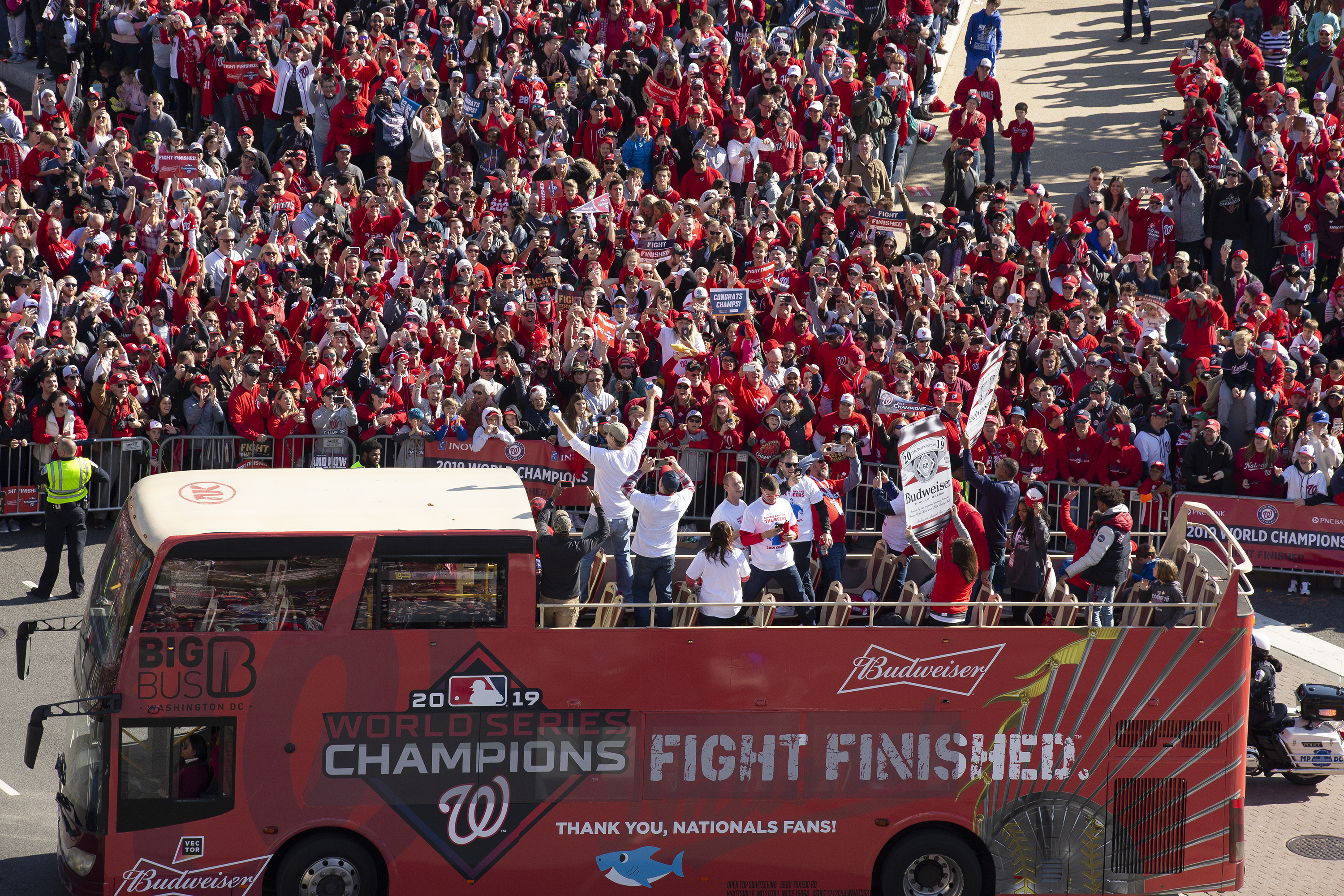 WASHINGTON, DC – NOVEMBER 02: The Washington Nationals hold a parade to celebrate their World Series victory over the Houston Astros on November 2, 2019 in Washington, DC. (Photo by Stefani Reynolds/Getty Images)

“We could not be more excited to finally share our 2019 World Series Champions rings with our players, staff, and fans! The various elements of the ring truly capture the Washington Nationals story and the craftsmanship is unparalleled,” said Mark D. Lerner, managing principal owner of the Washington Nationals, in the official press release.

Fans will also get to watch part two of the “Improbable” documentary about the National’s World Series run last year at 5:30 p.m. ET on May 24th, right before the ring ceremony. The first part releases Saturday, May 23rd, at 7 p.m. ET. The documentary will air on Nationals’ website and MASN.