At 3 p.m., this Monday, May 25, Americans everywhere are encouraged to stop what they are doing and remember the lives lost in American wars from the Revolution to Afghanistan.

Although Americans had been honoring their war dead for more than a century, the United States government only formally established Memorial Day in 1971. 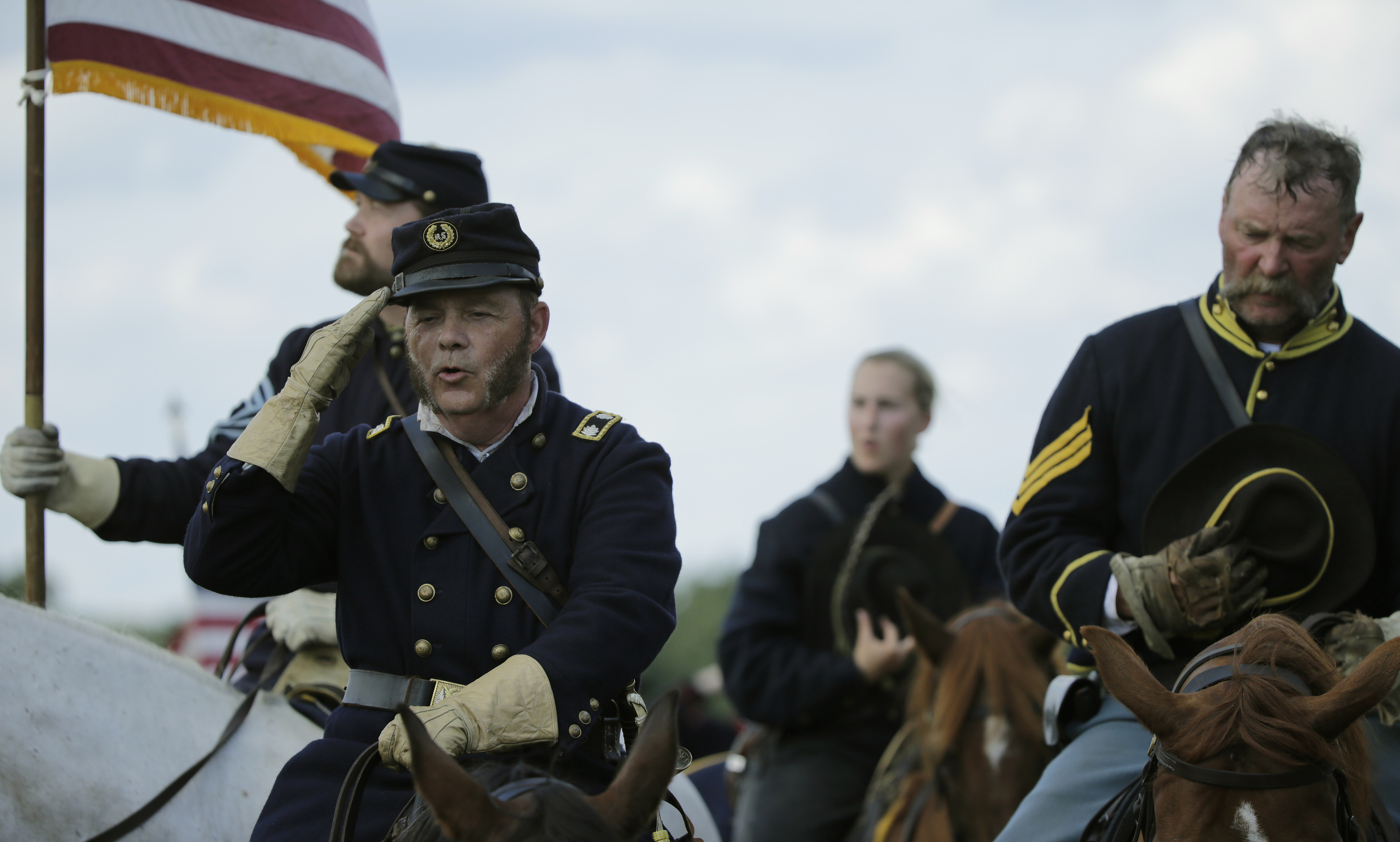 Federal (Union) officers listen to the national anthem before the final battle of the Gettysburg conflict, “Pickett’s Charge,” between Confederate and Federal (Union) soldiers as part of re-enactment activities July 7, 2013, recognizing the 150th anniversary of the U.S. Civil War battle in Gettysburg, Pennsylvania. REUTERS/Gary Cameron

While the long weekend was established on the last Monday in May to pay homage to those Americans who have died in all the wars in the nation’s history, it has its roots in our deadliest conflict: the Civil War. (RELATED: Honor Memorial Day With These Iconic Moments From ‘Band Of Brothers)

There is some dispute of where the first unofficial Memorial Day occurred in America. But Waterloo, New York was eventually deemed the birthplace of the event after proceedings there first began May 5, 1866.

It started as “Decoration Day” as people began to decorate the graves and celebrate the sacrifice of the massive war dead that resulted from the self-inflicted carnage of 1861-65.

In 1868, Gen. John A. Logan, who led a group of Union veterans, was petitioning the federal government that May 30 be “designated for the purpose of strewing with flowers, or otherwise decorating the graves of comrades who died in defense of their country during the late rebellion, and whose bodies now lie in almost every city, village and hamlet churchyard in the land.” (RELATED: It’s Memorial Day Weekend: Here’s How To Fly The Flag To Honor Our Soldiers)

But although May 30 commemoration day caught on in most northern states — where veterans and their families would congregate at Civil War gravesites with wreaths, flowers and flags — southern states often selected different days to honor Confederate dead. There was little national uniformity to the event — although over the decades the name came to be known less as Decoration Day and more as Memorial Day.

It wasn’t until after the end World War I that the meaning of the day was expanded to include remembering those who fought and died in all American wars. Memorial Day did not become a truly national holiday, falling on the last Monday in May, until Congress voted to make it so in 1968; the legislation came into effect in 1971.

The U.S. also recognizes Veterans Day on Nov. 11 as a national holiday — a day that was originally designated as Armistice Day to commemorate the end of the First World War. The difference between the two dates is that while Memorial Day is focused on those who fought and died in American wars, Veterans Day also honors those veterans who are still alive — whether on active service or retired.

Just how many Americans have died in the dozens of wars and conflicts that have dotted the timeline of the U.S.? The best estimate is around 1.4 million. The Civil War can still be said to have accounted for more American deaths than all other American wars combined, if a recently upgraded tally of 750,000 fatalities from historian J. David Hacker becomes widely accepted.

But Memorial Day is not about mere numbers; it is a reminder that deaths in war are not just statistics. The holiday is a record of human lives whose love for country and commitment to American ideals enabled them to give, as Abraham Lincoln so eloquently stated in his Gettysburg Address about the Civil War dead, that “last full measure of devotion.”