George Floyd’s girlfriend says that seeing Minneapolis on fire would “devastate” Floyd, and she called for people to protest in “a peaceful way,” the Star Tribune reported.

Floyd, 46, died after police officer Derek Chauvin was caught on video Monday kneeling on his neck and obstructing his breathing. Protests soon turned violent, with local businesses being burned down and looted. Courtney Ross, Floyd’s girlfriend of 3 years, said she was “heartbroken” by the unrest in Minneapolis, a city Floyd loved, according to Star Tribune.

“I am heartbroken,” she said, referring to the chaos unleashed in the city. “Waking up this morning to see Minneapolis on fire would be something that would devastate Floyd. He loves the city. He came here [from Houston] and stayed here for the people and the opportunities… Floyd was a gentle giant. He was about love and peace.” 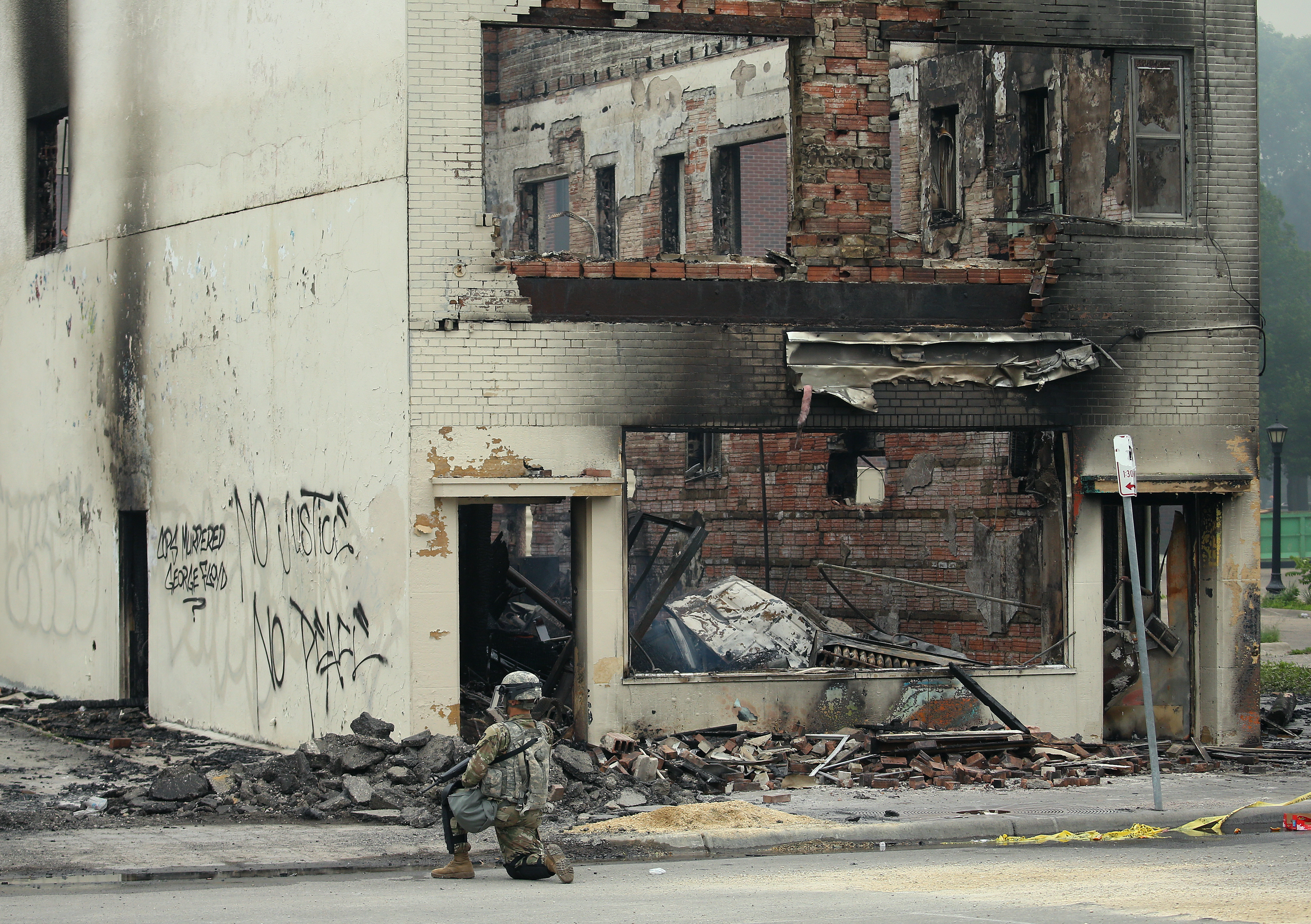 A member of the National Guard patrols near a burned out building on the fourth day of protests on May 29, 2020 in Minneapolis, Minnesota. (Photo by Scott Olson/Getty Images)

Floyd was arrested Monday for an alleged forgery after a 911 call accusing him of using a counterfeit bill at a Minneapolis store. Protests have since entered the fourth day, taking a violent turn as police evacuated the 3rd Police Precinct Thursday evening when it was overrun by rioters and lit on fire.

Wendy’s, AutoZone, and an affordable housing building were also among the businesses lit aflame.

Ross said she wants everyone who went to protest “to know that I understand their frustration…I want people to protest in a peaceful way.”

Floyd’s relatives thanked protesters “for joining them in standing for justice” but also urged them to not “sink to the level of our oppressors, and we cannot endanger each other as we respond to the necessary urge to raise our voices in unison and outrage” Benjamin Crump, the family’s attorney, said in a statement according to the Star Tribune. 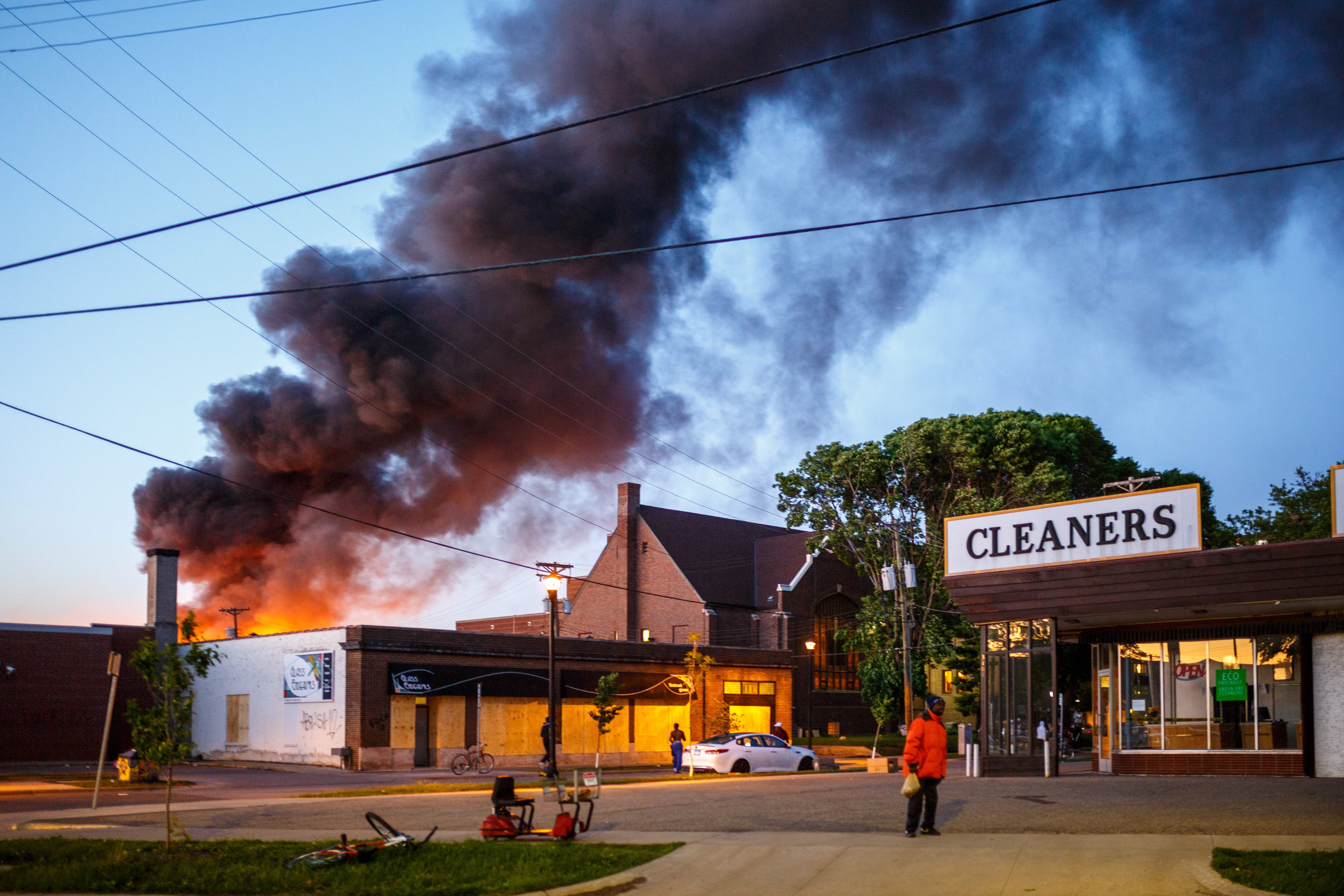 Flames rise from the cleaners shop near the Third Police Precinct on May 28, 2020 in Minneapolis, Minnesota, during a protest over the death of George Floyd. (Photo by KEREM YUCEL/AFP via Getty Images)

Floyd’s death has not yet to be declared a homicide, and the cause and manner are “currently pending further testing,” the state Bureau of Criminal Apprehension and the FBI said.

A report by the Minneapolis Fire Department from Wednesday indicates that Floyd was lifeless when medical assistance arrived, and that paramedics spent an hour trying to resuscitate him after he was found lifeless. (RELATED: Fire Department And EMS Report Show George Floyd Was ‘Unresponsive, Pulseless’ When Help Arrived)