President Donald Trump took punitive action against China Friday over the country’s recent undermining of democracy in Hong Kong and coverup of the origins of the coronavirus pandemic.

The president announced the United States will prevent certain Chinese nationals, deemed potential security risks, from entering the country in order to ensure the integrity of the U.S. higher education system. Furthermore, he directed the “presidential working group on financial markets to study the different practices of Chinese companies listed on the U.S. Financial markets with a goal of protecting American investors.”

Trump additionally announced the U.S. is formally terminating its relationship with the World Health Organization for its role in helping China cover obscure the origins of the coronavirus pandemic, killing millions of people around the world. Trump added that funds normally reserved for WHO will go to other “deserving” global health needs. 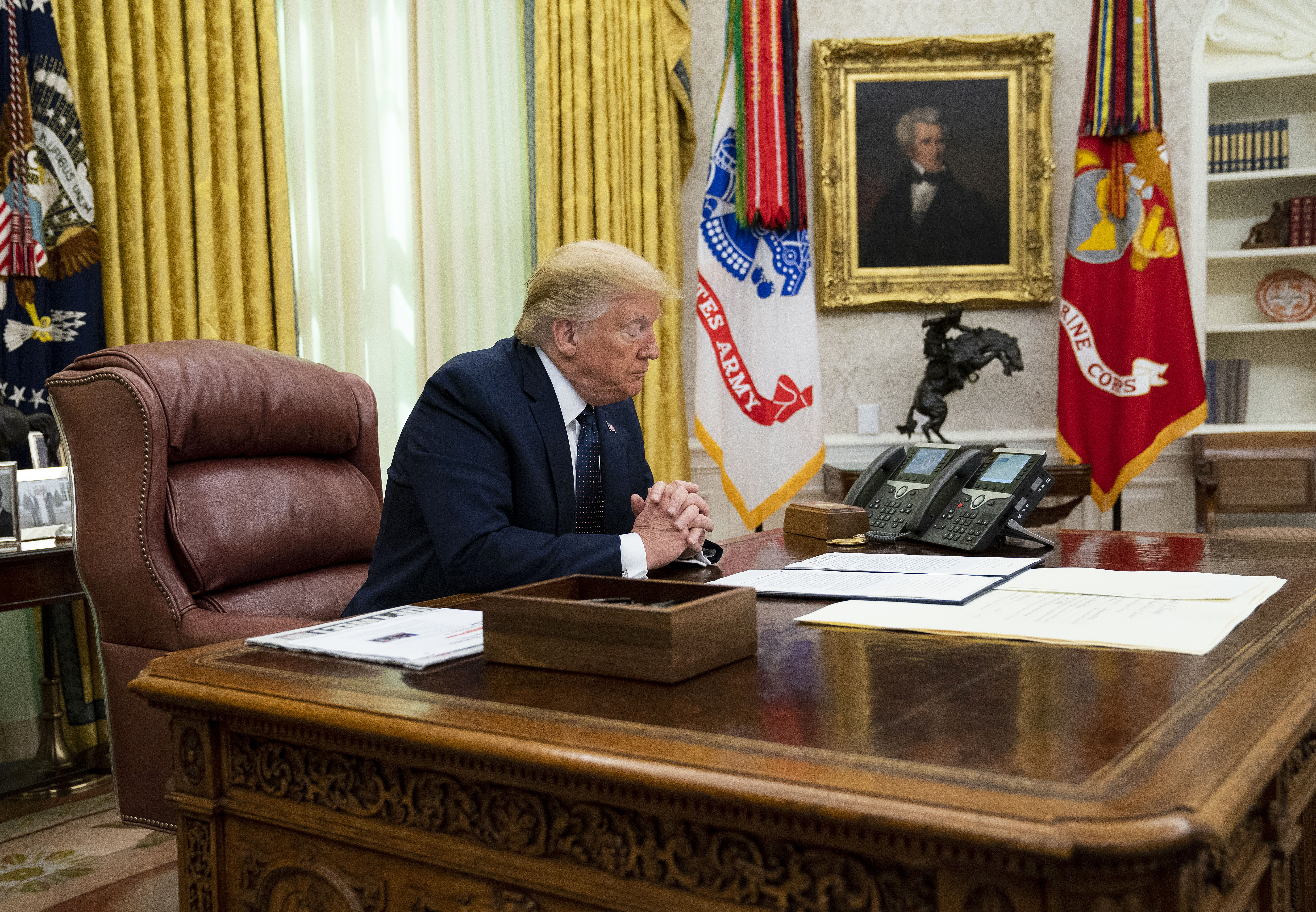 WASHINGTON, DC – MAY 28: U.S. President Donald Trump speaks in the Oval Office before signing an executive order related to regulating social media on May 28, 2020 in Washington, DC. Trump’s executive order could lead to attempts to punish companies such as Twitter and Google for attempting to point out factual inconsistencies in social media posts by politicians. (Photo by Doug MIlls-Pool/Getty Images)

Furthermore, Trump stated Friday’s announcement “will affect the full range of agreements that we have with Hong Kong from our extradition treaty to our export controls and technologies and more.”

“The United States wants an open and constructive relationship with China but achieving that relationship requires us to vigorously defend our national interest,” he continued. “The Chinese government has continually violated its promise to us and so many other nations. These plain facts could not be overlooked or swept aside.”

The White House announced ahead of the press conference that Trump spoke with U.K Prime Minister Boris Johnson about the situation in Hong Kong and “agreed to cooperate closely in responding to any action by China that undermines the Declaration.”

Regarding Hong Kong, the two leaders reaffirmed the importance of the Sino-British Joint Declaration and agreed to cooperate closely in responding to any action by China that undermines the Declaration or goes against the will of the people of Hong Kong.

“While the Chinese Communist Party twists technology to infringe on basic rights, the United States is leading our allies to advance innovation in a way that upholds privacy and freedom,” White House chief technology officer Michael Kratsios told Daily Caller of the initiative. “The Trump Administration will continue to stand up for Americans’ values and interests on the world stage.”

Kratsios and the G7’s other leading technology officials will now nominate individuals from within the industry to serve as GPAI representatives, where they will inform international A.I. policy in a way that coincides with Western values.

News surfaced earlier in the week that the State Department was mobilizing to cancel thousands of visas for Chinese graduate students with direct links to the Communist Party of China.

Multiple lawmakers have proposed legislation that would achieve a similar goal.

“The Chinese Communist Party has long used American universities to conduct espionage on the United States. What’s worse is that their efforts exploit gaps in current law,” Cotton said upon announcement of the bill. “It’s time for that to end. The SECURE CAMPUS Act will protect our national security and maintain the integrity of the American research enterprise.”