The U.S. Senate on Tuesday confirmed General Charles Brown as the U.S. Air Force’s next Chief of Staff, making him the first black Chief of any U.S. military branch.

Brown will be replacing Gen. Dave Goldfein. The vote was 98-0. Vice President Mike Pence presided over the confirmation in the Senate, a rare move due to the historic vote. Brown also joins retired Army Gen. Colin Powell as the only black men to sit on the Joint Chiefs of Staff. Brown currently serves as the Commander of Pacific Air Forces. 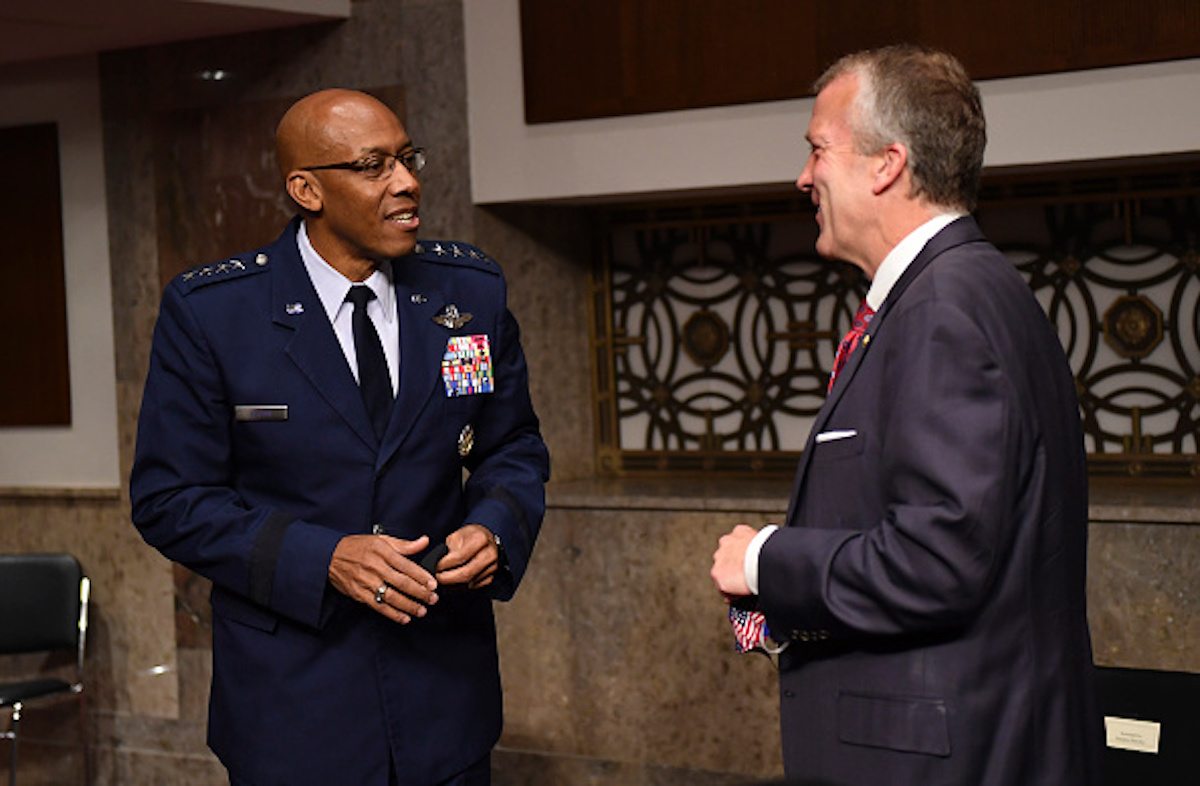 Sen, Dan Sullivan(R), R-AR, talks to General Charles Q. Brown after his testimony at a Senate Armed Services hearing on Capitol Hill in Washington, DC on May 7, 2020. (Photo by KEVIN DIETSCH/POOL/AFP via Getty Images)

President Donald Trump nominated Brown in March for the position, but his confirmation was held up by Republican Alaska Sen. Dan Sullivan. (RELATED: Pence To Preside Over Confirmation Of Gen Charles Brown, Who Would Be First Black Chief Of Any US Military Branch)

Trump weighed in on the confirmation vote Tuesday afternoon saying:

My decision to appoint @usairforce General Charles Brown as the USA’s first-ever African American military service chief has now been approved by the Senate. A historic day for America! Excited to work even more closely with Gen. Brown, who is a Patriot and Great Leader!