Princeton professor Eddie Glaude said Monday that a fence erected to secure the White House from protesters in Washington D.C.’s Lafayette Square reminded him of the Berlin Wall.

“As I watched the fence erect, come up, and I saw people react to it and I saw the art on the fence, it reminded me of how the Berlin Wall became a symbol of oppression and what was spray painted on the wall, when the wall came down, what we saw,” Glaude said on MSNBC’s “Morning Joe.”

“We saw an expression of freedom over an expression of authoritarianism, or, shall we say unfreedom,” the professor said about the Berlin Wall, noting that the fence too is going to be “a representation … where the very norms and precepts that have defined our country were challenged and ordinary people responded in kind.”(RELATED: Princeton Professor: Talking About The War On Drugs Or Getting Tough On Crime ‘Racial Dog Whistles’)

“It’s going to be a really important moment in our history, I believe.”

Glaude was referring to when U.S. Park Police cleared a path June 1 for President Donald Trump, who used the occasion to announce that he had told state governors to stifle protests and riots that had erupted across the U.S. After originally claiming otherwise, authorities used tear gas and pepper spray to forcibly remove protesters — who were widely reported as acting peaceful — away from the area for the photo-op.

Trump promised to make use of the National Guard if local mayors refused to deploy their police forces. He also said he would use federal active duty military personnel if necessary to restore law and order.

He then walked across the street to St. John’s Episcopal Church, which had been set on fire the previous night, and held up a Bible. 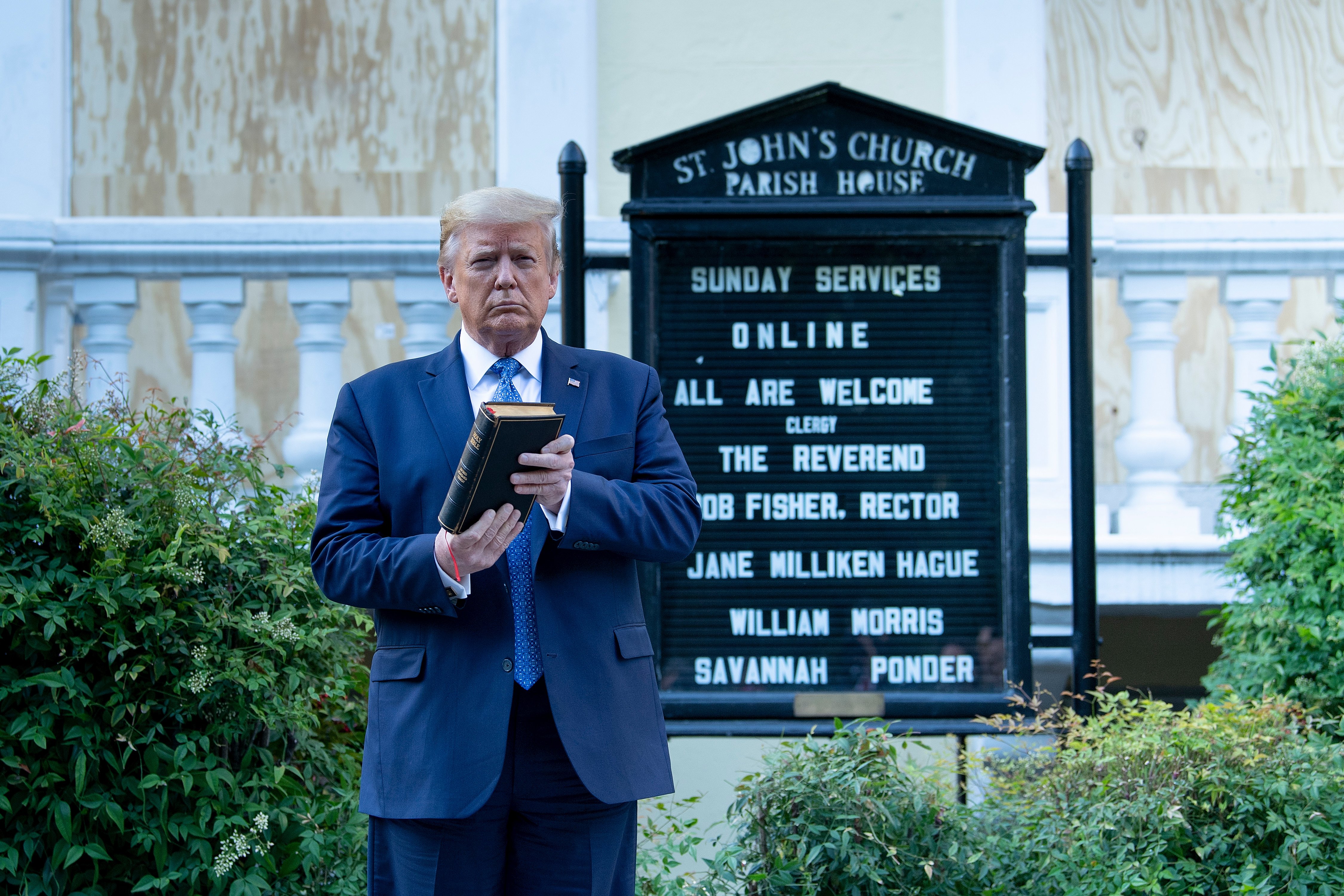 US President Donald Trump holds a Bible while visiting St. John’s Church across from the White House after the area was cleared of people protesting the death of George Floyd June 1, 2020, in Washington, DC.  (Photo by BRENDAN SMIALOWSKI/AFP via Getty Images)

“Morning Joe” host Joe Scarborough predicted, “They’re going to be teaching about June 1 at West Point for a long time about what is done and what is not done. And even Donald Trump’s relationship with the military has been severely frayed over this.” (RELATED: Tennessee Gov. Lee Warns Nashville: Seattle ‘Lawlessness … Will Not Be Tolerated)

Glaude agreed. “What Lafayette Park represented for me at least was the collision of Trump’s authoritarian tendencies with this robust tradition of freedom of expression in the country.”

The incident has apparently created a rift between Trump and the U.S. military. Gen. Mark Milley, chairman of the Joint Chiefs of Staff, has said it was “a mistake” to join Trump on his walk through Lafayette Park. Defense Secretary Mark Esper said he didn’t know Trump would be making the walk to the church to hold the Bible aloft.