President Donald Trump said Tuesday that school choice is the “civil rights statement of the year.”

“School choice is the civil rights statement of the year, of the decade and probably beyond,” he said at a White House press conference. “Because all children have to have access to a quality education. A child’s ZIP code in America should never determine their future.”

Parental choice, or school choice, allows parents to choose the public school their child will attend, rather than having their child assigned to a school based on where the family lives. Secretary of Education Betsy DeVos has focused many of her efforts on expanding school choice since she took her position in 2017. (RELATED: NH Dem Backtracks After Saying School Choice Only Works For The ‘Well Educated’)

“School choice is the civil rights statement of the year, of the decade, and probably beyond. Because all children have to have access to a quality education. A child’s ZIP code in America should never determine their future.”pic.twitter.com/BE5d8Vccq0

The president’s comments came after Vice President Mike Pence accused 2020 presidential candidate Joe Biden on Tuesday of preventing black parents from obtaining the American dream by blocking them from choosing where their kids go to school. 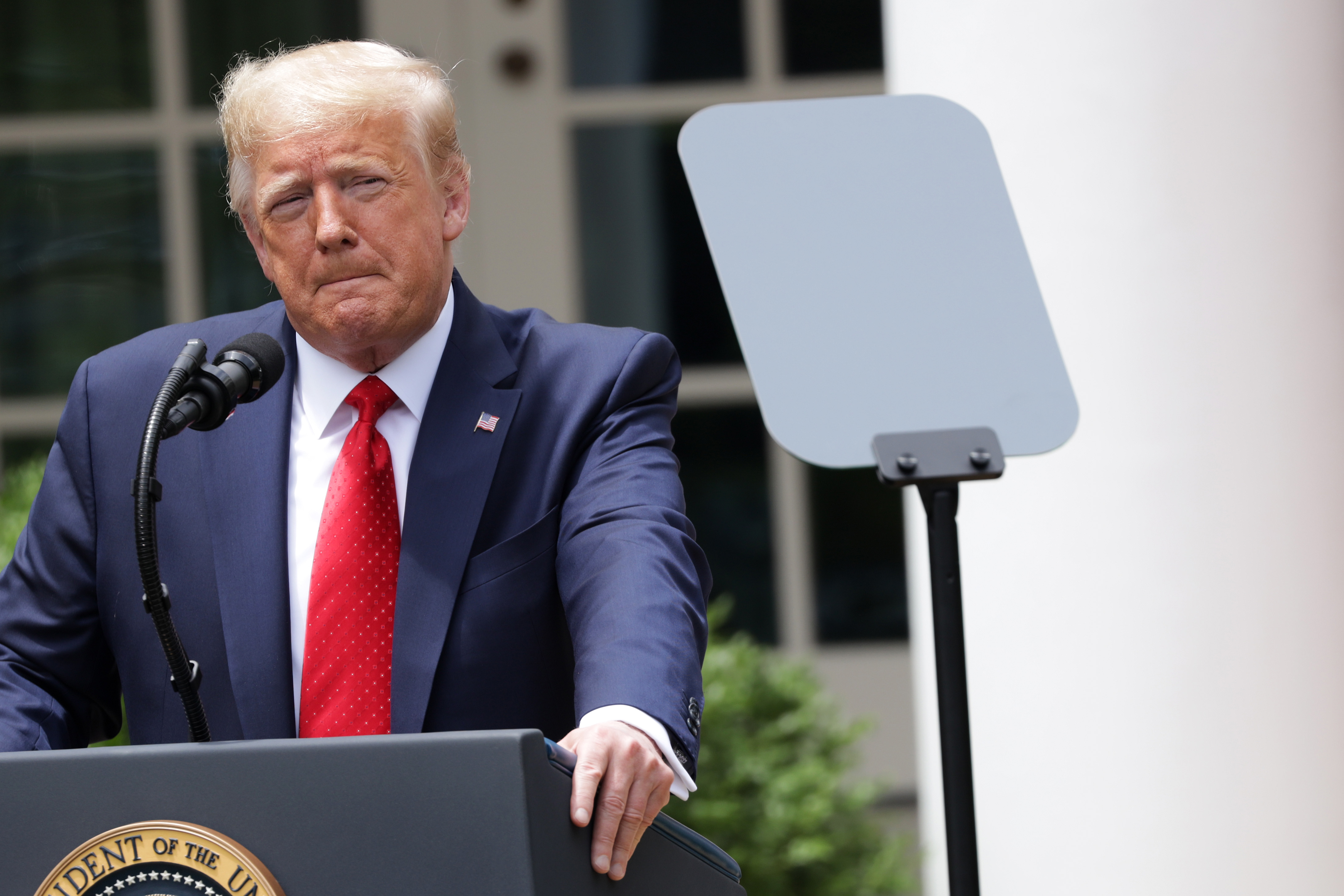 U.S. President Donald Trump speaks during an event in the Rose Garden on “Safe Policing for Safe Communities”, at the White House June 16, 2020 in Washington, DC. President Trump signed an executive order on police reform amid the growing calls after the death of George Floyd. (Photo by Alex Wong/Getty Images)

“Biden says everybody ought to have a fair shot at the American dream,” Pence said on “Fox and Friends.” “We would say, ‘Well, why don’t you support allowing African-American families to choose where their kids go to school?’” (RELATED: SCOTUS Rules Federal Employment Discrimination Laws Protect LGBT, Trans Employees)

He added: “We really do believe that you shouldn’t be denied the ability to choose where your kids go to school just because of your zip code or because of your income. We also, as you said, under this president’s policy, we had the lowest unemployment level ever recorded for African-Americans.”

Biden’s “Plan for Education” states that he will “ensure that no child’s future is determined by their zip code, parents’ income, race, or disability” by tripling the funding that goes to schools “serving a high number of children from low-income families,” improving teacher diversity, and building “innovative” schools in low-income communities.