Speaker of the House Nancy Pelosi announced Thursday she has ordered four paintings of Speakers who served in the confederacy to be removed from the U.S. Capitol.

During her weekly press conference, Pelosi said she has asked for the removal of paintings and that the removal will occur on Juneteenth. There are currently four paintings of House Speakers who served in the confederacy.

“There is no room in the hallowed halls of Congress or in any place of honor for memorializing men who embody the violent bigotry and grotesque racism of the Confederacy,” Pelosi wrote in a letter to the clerk of the House of Representatives, Cheryl Johnson, NBC News reported. 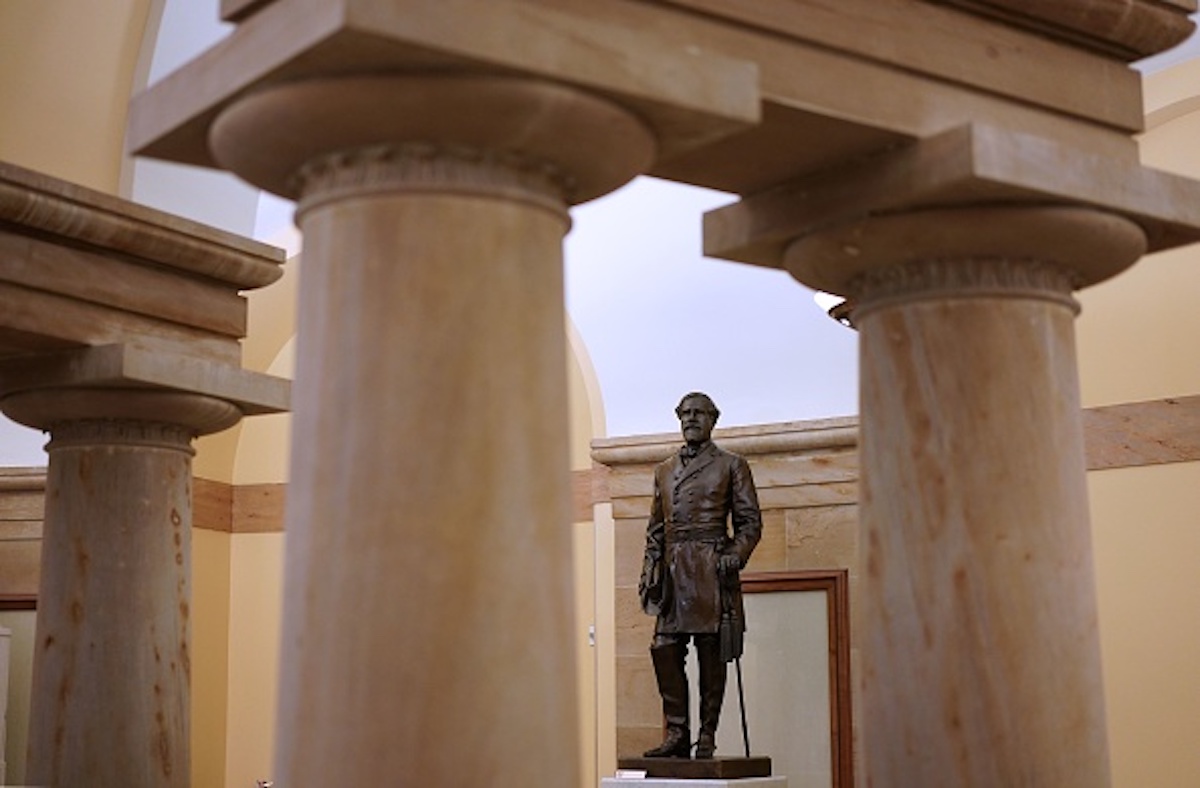 A statue of Robert E. Lee, commander of the Confederate States Army, is seen in the Crypt of the US Capitol in Washington, DC on June 11, 2020.(Photo by MANDEL NGAN/AFP via Getty Images)

“We cannot honor men such as James Orr, who swore on the House Floor to ‘preserve and perpetuate’ slavery in order to ‘enjoy our property in peace, quiet and security,’ or Robert Hunter, who served at nearly every level of the Confederacy, including in the Confederate Provincial Congress, as Confederate Secretary of State, in the Confederate Senate and in the Confederate Army,” Pelosi’s letter reads. “The portraits of these men are symbols that set back our nation’s work to confront and combat bigotry.” (RELATED: Pelosi Calls For Removal Of Confederate Statues From U.S. Capitol)