The housing market in suburban areas outside New York City has experienced a boost as city residents flee from coronavirus, according to area realtors.

Since March, when the World Health Organization (WHO) declared the coronavirus outbreak a global pandemic and after New York City began implementing lockdowns to slow the spread of the pandemic, Connecticut realtor Steve Archino has seen demand skyrocket.

“All of the sudden, the market went through the roof,” Archino, a real estate agent for Greenwich-based Sotheby’s International Realty, told the Daily Caller News Foundation. He said his phone started ringing more and more until he was fielding over a dozen calls some days.

“Suddenly there’s a lot more people looking to buy than are asking to sell compared to the same time a year ago,” Walkup said.

Buyers were pressured to make quick decisions as the market spiked, The Wall Street Journal reported. Hesitating on purchases could wind up costing a potential buyer big. 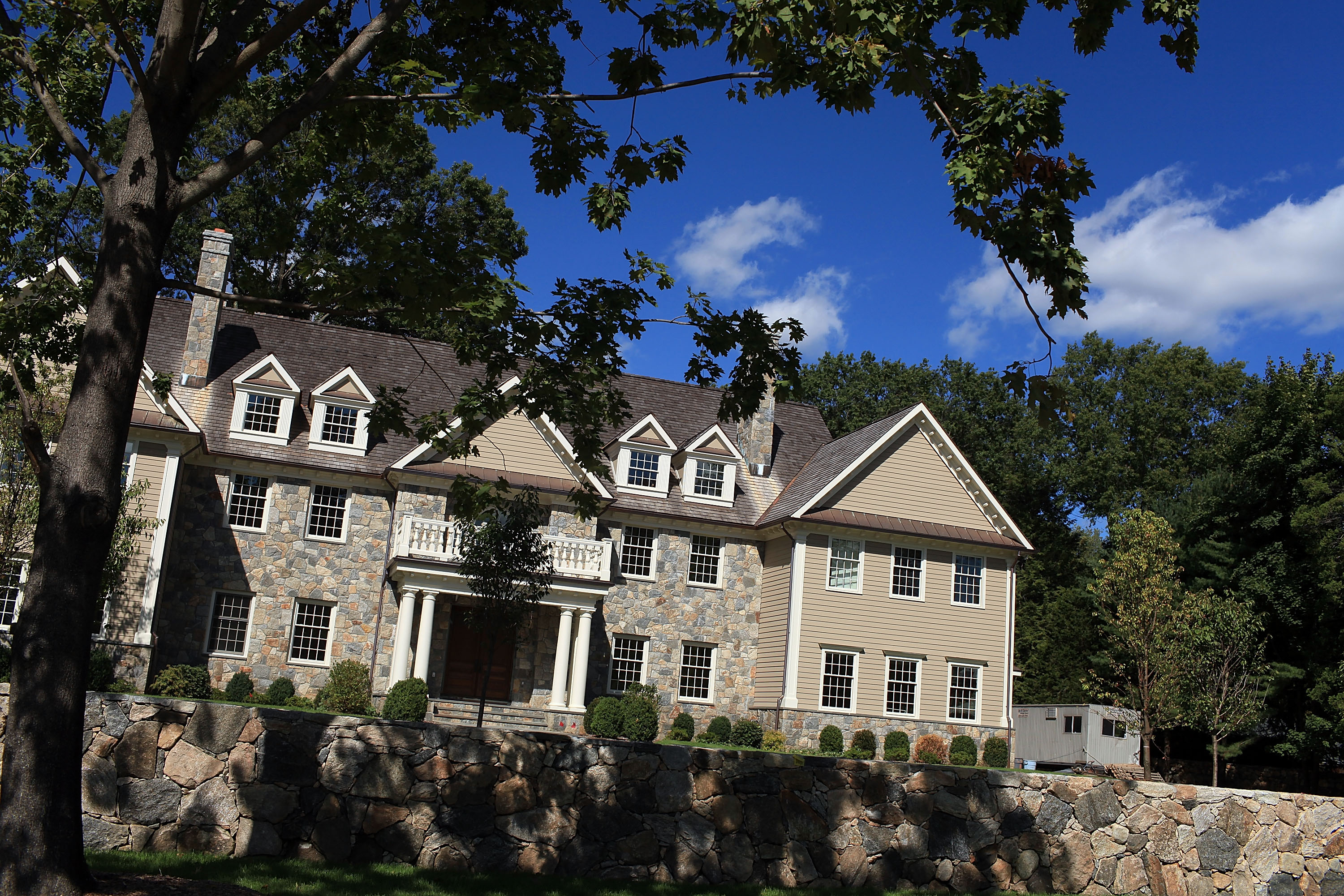 Archino’s clients were mainly moving from New York City. The city, which has a population of more than eight million people, became an epicenter of the pandemic on March 22.

At first, his clients were looking for immediate occupancy rentals or a temporary place to wait the pandemic out, Archino said.

Some clients then began renting long term, often confirming transactions on FaceTime. Lawyers and realtors even added an addendum to these contracts protecting themselves in cases where the client didn’t examine a home in person, according to Archino.

But there was a turning point in April: Clients began expressing more interest in purchasing. They were looking for homes with an office where they could work, a backyard where their family could get fresh air and kids could play and a guest room where their relatives could live during the pandemic, Archino continued.

“There was a shift from the deluge of rental agreements to sales,” Archino told the DCNF.

Most states had issued stay-at-home orders by the end of March and early April, according to a New York Times database. Democratic Gov. Andrew Cuomo of New York issued a stay-at-home order on March 22. Bars, restaurants, gyms, and movie theaters were ordered to close.

“Inventory went down as demand went up,” Archino said.

He said the prices started increasing rapidly: At first homes were being purchased for $1 million, but soon there were homes going for up to $8 million. In one extreme case, Archino saw a home with three bids sell for $51 million.

His clients, who were lawyers, doctors and executives, often had a long term plan to move to the Greenwich area but decided to accelerate these moves because of the pandemic.

“These were people with a three to five year plan to move who were speeding that plan up,” Archino said.

Between the beginning of February and May, Archino had more than 150 homes under contract compared to the about 80 homes he had under contract in that same period last year. A home being under contract means that an offer was accepted, but the sale has not been completed yet. 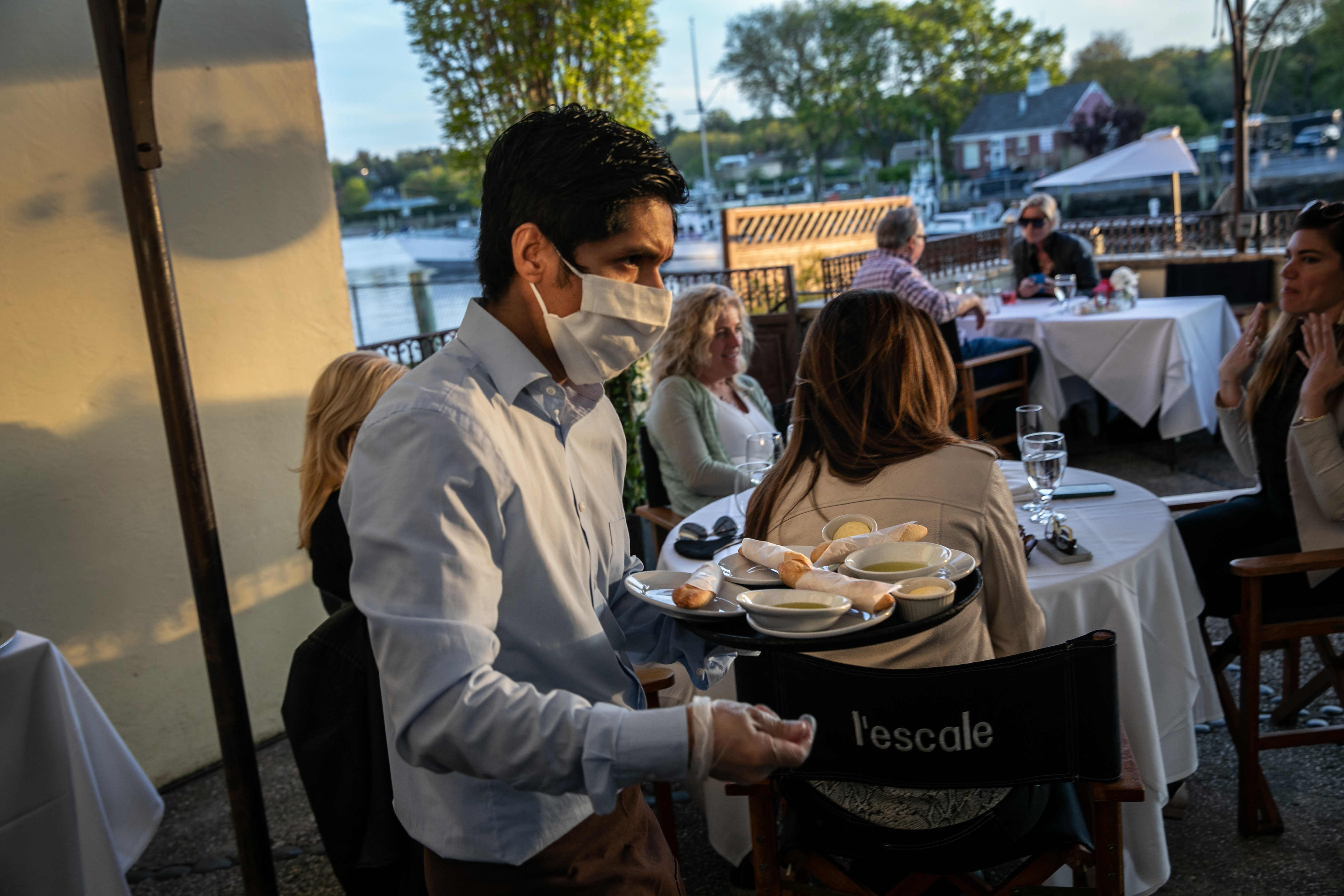 A waiter serves patrons at L’escale restaurant on May 20, 2020 in Greenwich, Connecticut. (John Moore/Getty Images)

Greenwich is a popular New York City suburb for a few reasons, according to Archino. It’s the first town across the New York-Connecticut border, taxes are relatively low, and families who felt cramped in New York have more space.

Greenwich is also a competitive market. Archino is one of hundreds of realtors in Greenwich, according to Realtor.com.

However, the spike in the Greenwich market represents a dark reality underneath the surface, Archino said. People were so frightened that they were willing to pick up everything and leave their homes in search of a new one.

“It’s a crazy, very interesting time,” he told the DCNF.