2020 presidential candidate Joe Biden said he will be a staunch defender of LGBTQ rights if he wins November’s election, but he formerly voted for legislation that defended traditional marriage and cut off funding for programs promoting homosexuality.

The former vice president has changed his stances on a variety of cultural issues, including abortion and same-sex marriage. Where Biden once said that Roe v. Wade had gone “too far,” he now says he would codify Roe v. Wade, repeal the Hyde Amendment and protect federal funding for Planned Parenthood, among other measures.

His evolution on LGBTQ rights is similar. Biden in 1996 voted for the Defense of Marriage Act, legislation that blocked the federal government from recognizing same-sex marriages, according to The New York Times. Section three of this legislation has since been declared unconstitutional by the Supreme Court.

Former 2020 presidential candidate Bernie Sanders criticized him for this vote during the Democratic debates. (RELATED: Here’s How Joe Biden Has Evolved On Abortion As He Attempts To Become President)

“I cast a vote against the so-called Defense of Marriage Act, which was a homophobic act brought by the right wing,” Sanders said in March on “This Week.” “Back then, it was not an easy vote. Joe voted for it.”

Biden would also vote to withhold federal funding from schools that portrayed homosexuality “as a positive life style,” distributed materials portraying homosexuality in this way, or referred students “to an organization that affirms a homosexual life style,” TheNYT reported in 1994. 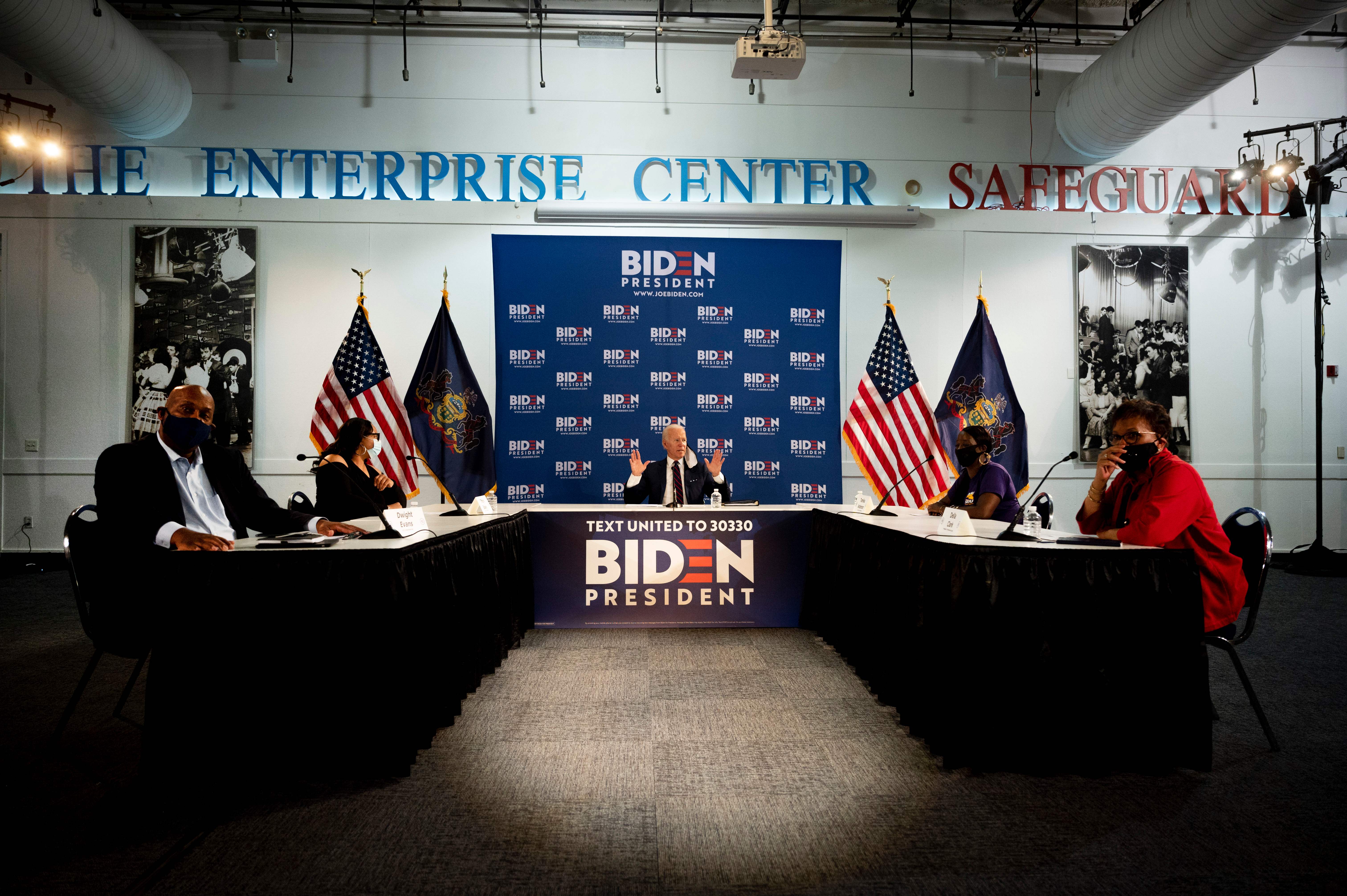 Democratic presidential candidate Joe Biden holds a roundtable meeting on reopening the economy with community leaders at the Enterprise Center in Philadelphia, Pennsylvania, on June 11, 2020. (Photo by JIM WATSON/AFP via Getty Images)

His vote came after Republican New Hampshire Sen. Bob Smith showed his colleagues materials to be used in AIDS education programs in schools that described sexual acts in graphic detail, advocated the use of condoms and included a book about a lesbian couple called “Heather Has Two Mommies.”

“My gut reaction,” Biden said, according to The Morning News, “is that they (homosexuals) are security risks but I must admit I haven’t given this much thought … I’ll be darned.”

Only a few years before he ran alongside former President Barack Obama and became vice president, Biden said in 2006: “Look, marriage is between a man and a woman and states must respect that.”

He also said in 2008 that he opposed “redefining from a civil side what constitutes marriage” during a vice presidential debate with Sarah Palin, TheNYT reported. (RELATED: Warren And Biden Support Taxpayer-Funded Transgender Surgery)

But in 2012, Biden went on “Meet the Press” and announced to the world that he was “absolutely comfortable” with same-sex marriages. The interview came only days before Obama took the same position as Biden in a separate interview.

This week, the Trump Administration is set to argue before the Supreme Court that it’s legal to discriminate against someone simply because of who they are or whom they love. It’s a dangerous attack on the civil rights of LGBTQ Americans and everything we stand for.

As Biden advertises himself as a strong defender of LGBTQ rights, his past stances on the issue appear to have taken a back seat. Biden would be the “most pro-equality president we have ever had” if he is elected president of the United States, political consultant and gay rights leader Chad Griffin told TheNYT.

The Supreme Court’s ruling today is a victory made possible by the courage and resilience of hundreds of thousands of DACA recipients who bravely stood up and refused to be ignored. And as President, I will get to work immediately to make it permanent. https://t.co/xKkCp4P9Ff