When asked if he agreed with President Donald Trump’s guidance that cities should be doing “more to protect monuments,” Cuomo said municipal leaders are already “making decisions.“

“I don’t even know what the President’s guidance is … Cities are making decisions,” Cuomo told NBC News’ “Today” show. (RELATED: Victor Davis Hanson: Taking Down Statues Is ‘About Humiliation And Power’)

“The Teddy Roosevelt statue I think was less about Teddy Roosevelt but the other parts of that statue. And look, people are making a statement about equality, about community to be against racism, against slavery,” Cuomo told the outlet.

“I think those are good statements,” Cuomo said, adding that it was possible to “overdo it” but that he didn’t think that was the case in New York.  “And I think it’s a healthy expression of people saying, ‘Let’s get some priorities here and let’s remember the sin and mistake that this nation made and let’s not celebrate it.’” 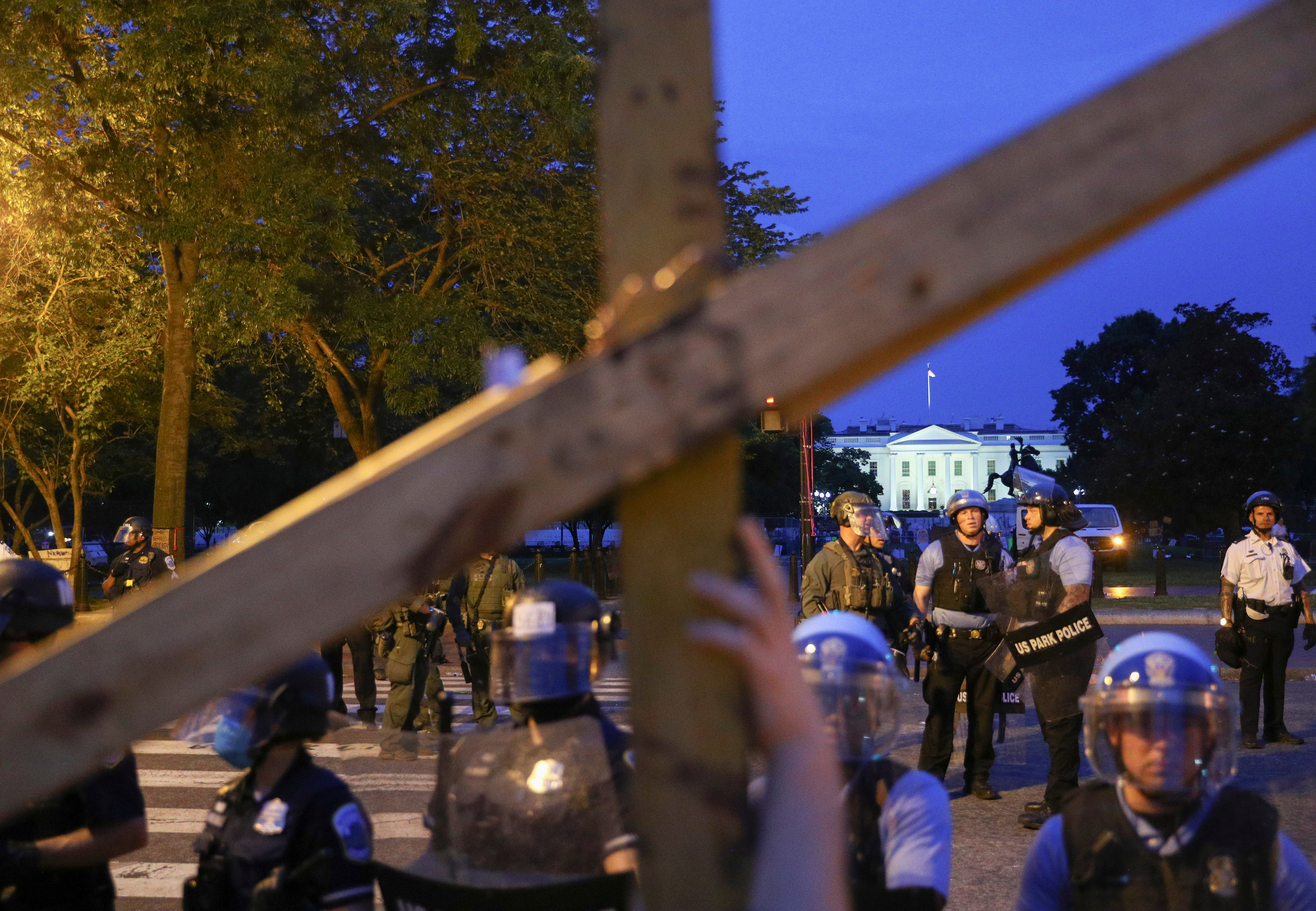 Protestors and police face off at Lafayette Park in front of the White House after police clashed with demonstrators trying to pull down the statue of U.S. President Andrew Jackson in the park during racial inequality protests in Washington, U.S., June 22, 2020. REUTERS/Tom Brenner

The White House responded in a tweet Tuesday to Cuomo’s comments, “Governor Cuomo alone is to blame for refusing to shut down New York and forcing seniors who tested positive for coronavirus back into his state’s nursing homes.”

My statement regarding Governor Cuomo’s ridiculous comments attempting to shift blame and erase his direct responsibility for so many precious lives lost in New York: pic.twitter.com/UGgqeNeRlp

Although vandals first targeted statues of Confederate leaders, that list quickly expanded to include a wide assortment of famous Americans. Democratic New York City Mayor Bill de Blasio announced Sunday that the statue of President Theodore Roosevelt would be removed from the entrance of the Museum of Natural History. Protesters Friday tore down statues of President and Civil War Gen. Ulysses S. Grant as well as American anthem composer Francis Scott Key in San Francisco. (RELATED: ‘Not Doing Their Job’: Trump Criticizes DC Police As Confederate Statue Toppled Right Outside Their Headquarters)

Rioters tried to bring down a statue of nineteenth century President Andrew Jackson Monday night that stands right in front of the White House while creating a “Black House Autonomous Zone.” Police intervened in this instance.