As calls to remove statues of former U.S. presidents and even Jesus Christ come, presumptive Democratic nominee for the 2020 presidential election Joe Biden has remained silent on the issue, even after his campaign was contacted about the matter.

The Daily Caller reached out to the Biden campaign and asked them if the former vice president agrees with the Democrats who want to tear down statues of George Washington, Ulysses S. Grant, Theodore Roosevelt and some depictions of Jesus. The campaign was given over 24 hours to respond to the inquiry. They did not do so. 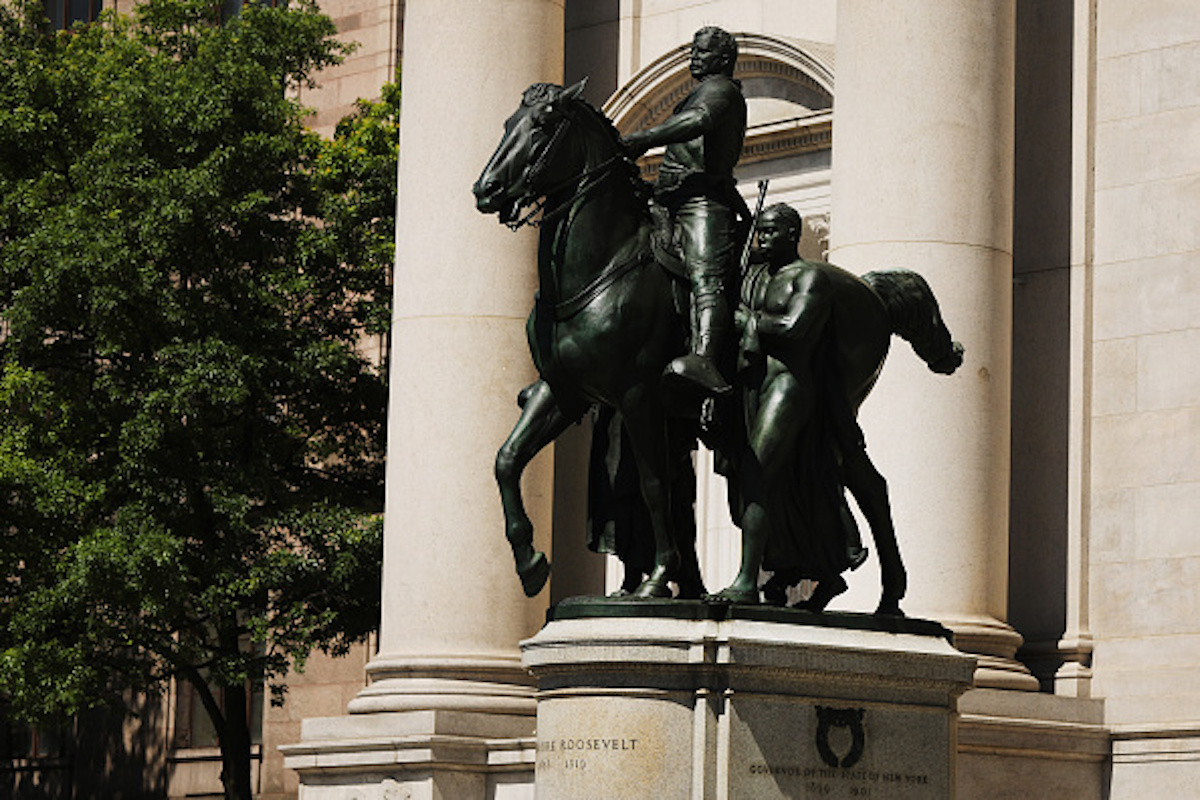 The statue of former President Theodore Roosevelt, who also served as New York state governor, stands in front of the Museum of Natural History on June 22, 2020 in New York City. (Photo by Spencer Platt/Getty Images)

This comes as many, including left-wing activist Shaun King, called for the removal of statues, murals and stained glass windows that depict Jesus as a “white European,” saying they “are a form of white supremacy.” (RELATED: ‘Tear Them Down’: Shaun King Demands ‘White European’ Jesus Statues ‘Come Down’)

Yes, I think the statues of the white European they claim is Jesus should also come down.

They are a form of white supremacy.

In the Bible, when the family of Jesus wanted to hide, and blend in, guess where they went?

Rioters tried to bring down a statue of President Andrew Jackson Monday night in front of the White House while creating a “Black House Autonomous Zone.” Police stepped up and made sure the statue was not taken down. (RELATED: WARNING GRAPHIC: We Spent A Few Hours On Black Lives Matter Plaza — Here’s What It Looked Like)

President Donald Trump has repeatedly criticized the removal of statues and has said anyone who tries to remove them should be arrested.