If former Vice President Joe Biden wins the election in November, public schools across the country would be forced to allow biological males who identify as transgender girls to compete in girls’ sports, according to Biden’s public statements.

Though Biden has been slow to talk about the transgender athlete issue specifically — his campaign didn’t return multiple emails seeking comment — he previously pledged to pass the Equality Act within his first 100 days of taking office. The bill would require public schools to allow biological males who identify as transgender girls to compete in girls’ sports.

The Equality Act passed the House with unanimous support from Democrats in May 2019 but didn’t come up for a vote in the Republican-controlled Senate. While Republicans currently hold 53 Senate seats, five current GOP seats are considered tossups in November, according to the Cook Political Report. Republicans are expected to flip just one Democratic Senate seat: that of Alabama Sen. Doug Jones.

After Vermont Sen. Bernie Sanders touted an endorsement from popular podcast host Joe Rogan, who has been outspoken against the idea of biological males competing in female athletics, Biden said that “there is no room for compromise” on transgender issues, which he called the “civil rights issue of our time.” Biden’s campaign press secretary Jamal Brown demanded Sanders disavow Rogan’s “transphobic” comments.

The transgender athlete issue has resurfaced after President Donald Trump’s Department of Education sided with high school girls suing the state of Connecticut over its transgender policy and his Department of Justice threw its support behind an Idaho law restricting girls’s sports to biological females.

Supreme Court Justice Samuel Alito predicted that one effect of the court’s June 15 ruling in the Bostock case “may be to force young women to compete against students who have a very significant biological advantage, including students who have the size and strength of a male but identify as female and students who are taking male hormones in order to transition from female to male.” 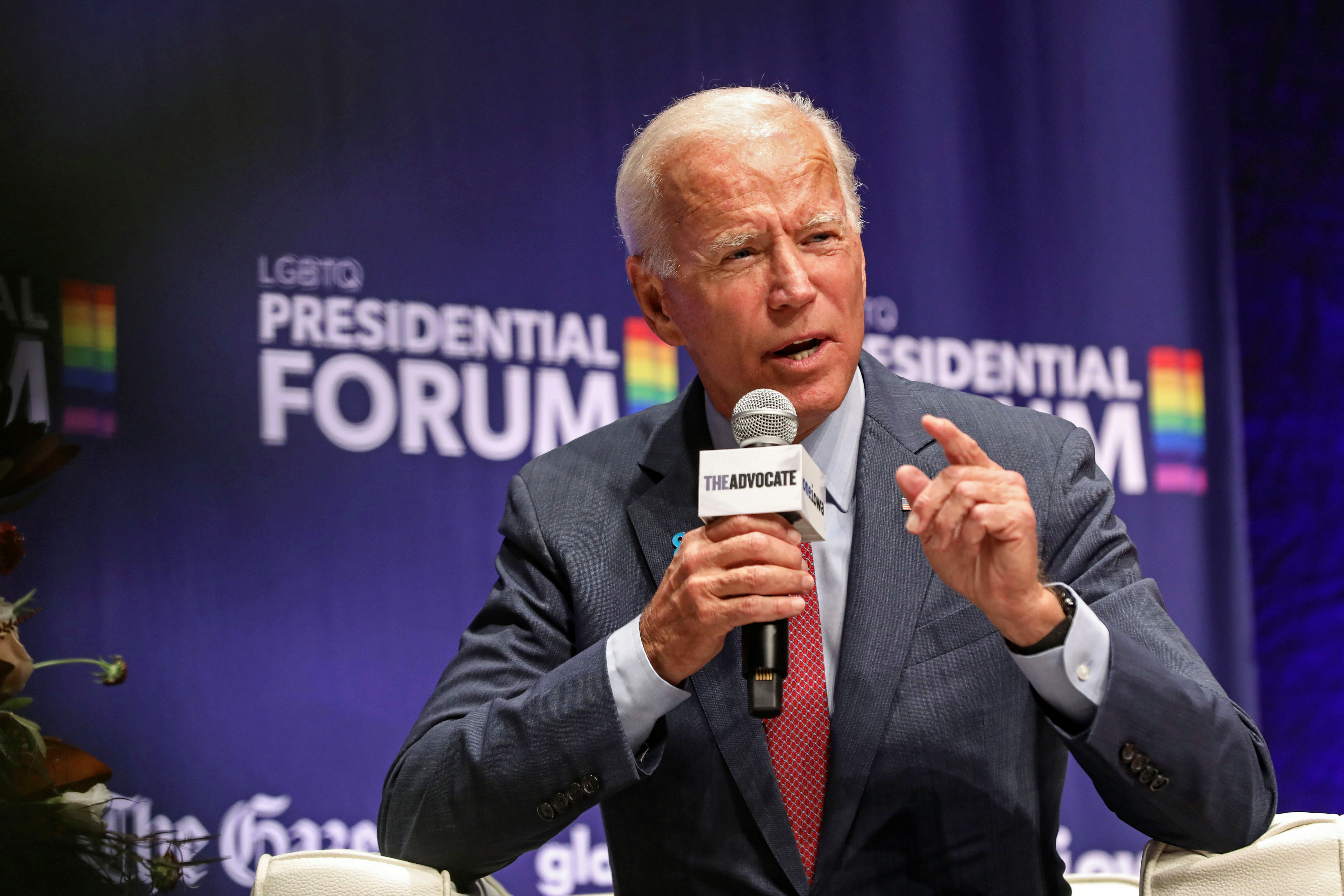 Forcing female athletic teams to include biologically male athletes who identify as transgender is unpopular among the public.

A poll released in November 2019 found that less than a third of Americans believe biological males who identify as transgender should be allowed to compete on girls’ sports teams. Another poll in October 2019 found that Americans said by a 57-20 margin that male athletes who self-identify as transgender have competitive advantages over female athletes.

Biological males who identify as transgender have racked up accomplishments in female athletics.

Franklin Pierce University runner CeCe Telfer, for example, won an NCAA DII women’s track championship in May 2019. Telfer is a biological male who identifies as transgender and previously competed on the university’s women’s team.

University of Montana runner June Eastwood, a biological male who identifies as a transgender woman, was named the Big Sky Conference’s female athlete of the week in October 2019. Like Telfer, Eastwood also competed on the university’s men’s team before switching to the women’s team.