Ghislaine Maxwell was finally caught Thursday after being on the lam for months following the death of disgraced financier Jeffrey Epstein in August 2019. 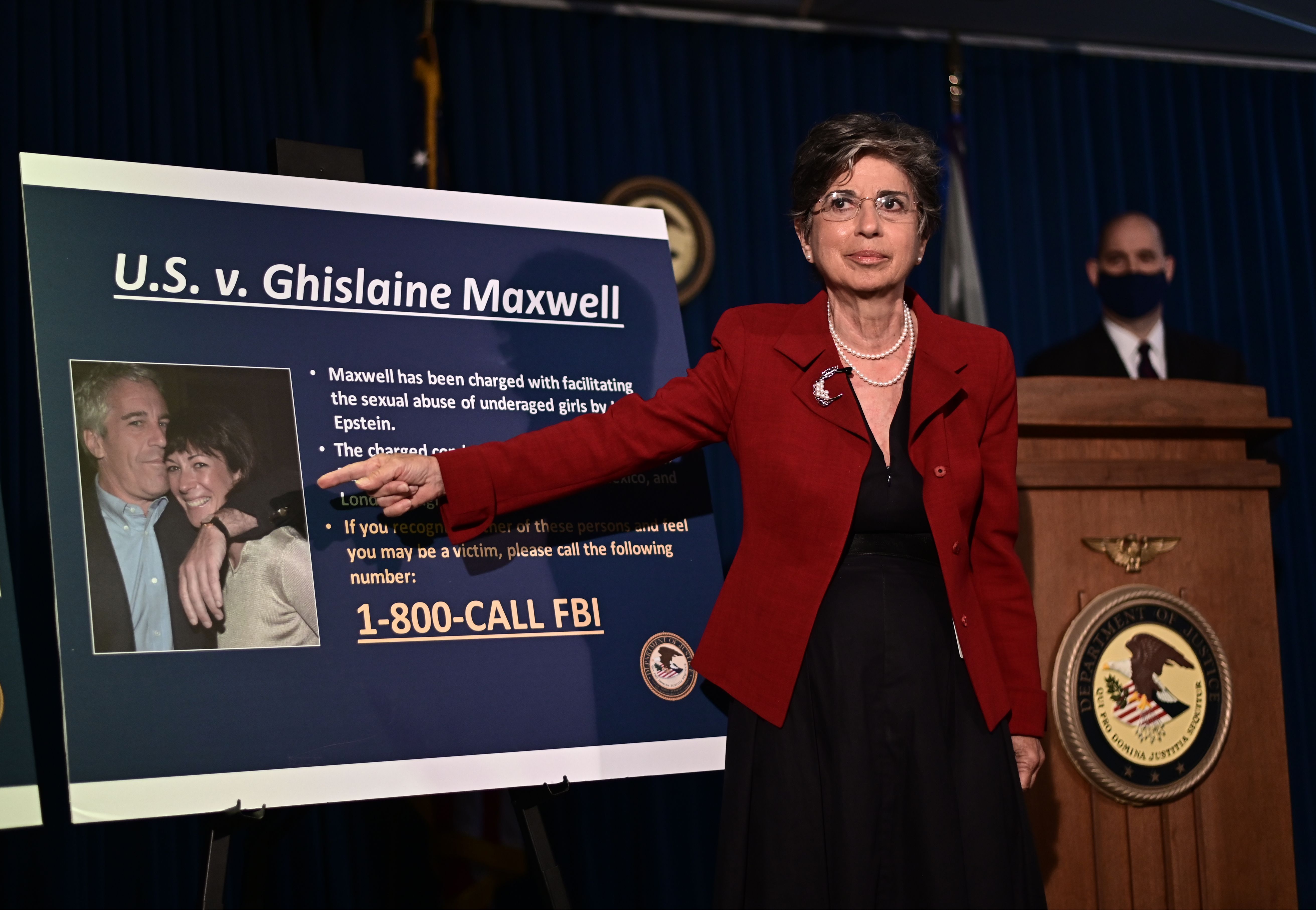 Here are some of the people who’ve allegedly schmoozed with Maxwell and have been caught on camera with her:

Donald and Melania Trump: At supermodel Heidi Klum’s 2000 Halloween party, Maxwell is allegedly seen posing next to the couple in a photo obtained by the Daily Mail, who were not married at the time. Prince Andrew was also allegedly at the party. Another photo shows Donald and Melania standing together in a photo at the Mar-a-Lago club in Palm Beach, Florida, in Feb. 2000. The president says he hadn’t spoken to Epstein since his guilty plea, and says he never liked him, according to NBC. The relationship is rumored to have gone sour when both men attempted to buy the same oceanfront mansion in Florida in 2004, according to the Cut.

Bill Clinton: The former president was revealed to have appeared in a photo alongside Maxwell on the Lolita Express during a 2002 trip to Africa that Clinton took to raise awareness about poverty and AIDS, the New York Post reported in January. Clinton was also shown photographed with Chauntae Davies, who worked as a personal masseuse for Epstein and accused him of raping her multipe times, according to the Cut. Maxwell also participated in the Clinton Global Initiative as recently as 2013, years after her name had emerged in Epstein’s alleged sexual abuse accusations, according to Politico.

Chelsea Clinton: Maxwell vacationed on a yacht with the former president’s daughter in 2009, and in 2010, Maxwell is seen in a photo of Clinton and her father walking down the aisle at her wedding. “She ended up being close to the family because she and Chelsea ended up becoming close,” a person familiar with the relationship told Politico. A Clinton spokesperson disputed the idea that the two were close.

Chris Tucker: The comedian and actor was also present on the 2002 trip to Africa with Maxwell and Clinton, according to the New York Post.

David Koch: The late Koch brother is seen posing for a photo with Maxwell at a party in New York City in 2013.

Sarah, Duchess of York: Sarah Ferguson, Prince Andrew’s ex-wife, is seen in a 2003 photo with Maxwell. Furguson later apologized for her connections to Epstein. “I personally, on behalf of myself, deeply regret that Jeffrey Epstein became involved in any way with me. I abhor paedophilia and any sexual abuse of children and know that this was a gigantic error of judgment on my behalf,” she told the Telegraph in 2011. 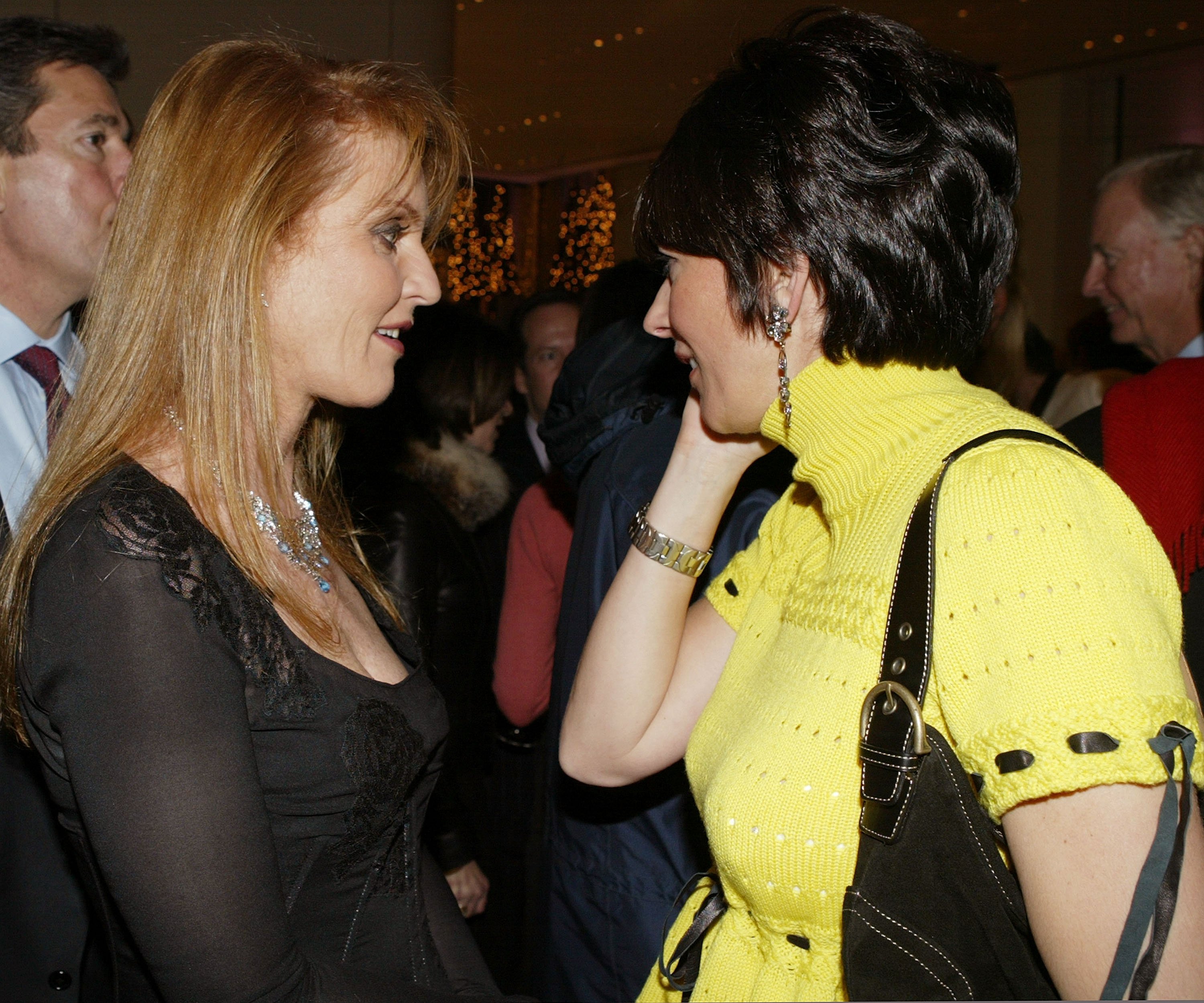 The Duchess of York, Sarah Ferguson and Ghislane Maxwell attends the Opening of the Asprey Flagship Store on 5th Avenue December 8, 2003 in New York City. (Photo by Mark Mainz/Getty Images)

Elon Musk: The Tesla executive appeared in a 2014 Oscars after-party photo with Maxwell. A Musk spokesperson told Business Insider that Epstein had never advised Musk on anything, and that “Ghislaine simply inserted herself behind him in a photo he was posing for without his knowledge.”

Kevin Spacey: Spacey, who was accused of sexual misconduct toward minors and convicted of aggravated indecent assault, was also in the Epstein social circle. Spacey allegedly appeared on Epstein’s plane that was headed to Africa for the charity trip with Clinton, according to the New York Post.

Lloyd C. Blankfein: Maxwell was photographed with Blankfein in 2013, who was the chief executive of Goldman Sachs at the time, at an event supporting marriage equality. .

Michael Bloomberg: Maxwell was pictured alongside the former New York mayor during his tenure at a book party in 2013 at the Four Seasons Restaurant.

Mick Jagger:  Maxwell is seen seated at a table with Jagger at a Beverly Hills dinner in 2011.

Naomi Campbell: The English model is seen in multiple 2002 photos with Maxwell, and was named by Giuffre, one of Epstein’s accusers, as reportedly being present at his parties and home while the abuse took place, according to Fox. 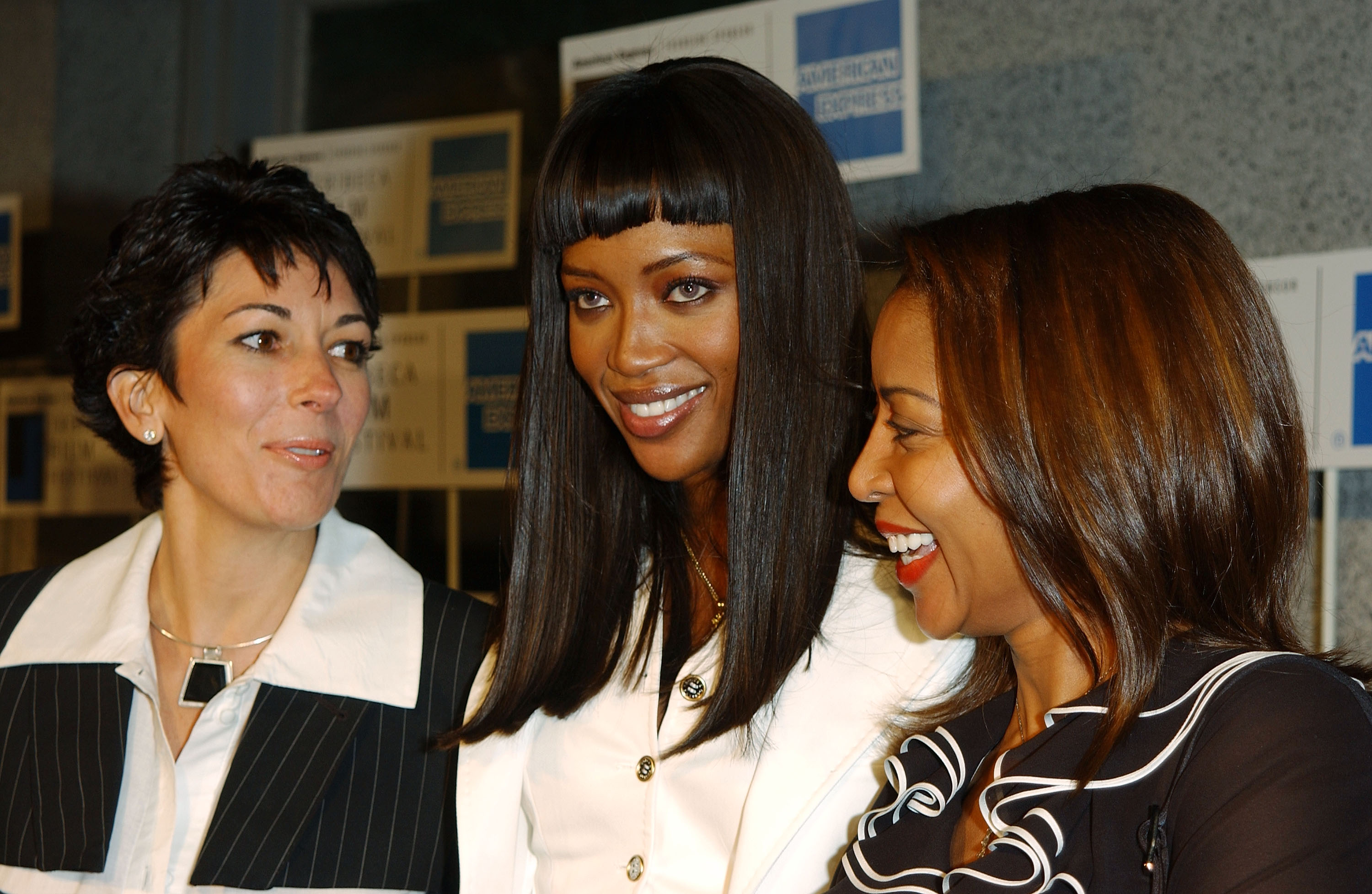 Prince Andrew: The prince appeared in a 2001 photo with 22-year-old Virginia Roberts Giuffre, who claimed Epstein directed her to have sex with Andrew. Maxwell is standing in the background, smiling for the photo which shows Andrew with his arm wrapped around Giuffre’s waist. When the BBC asked if Andrew thought the photo was fake, he said that is unclear, and that he didn’t recall it being taken, according to NBC.

Roger Waters: The Pink Floyd co-founder was pictured in 2009 listening to Maxwell as she spoke into his ear at a book party in New York City.

Tamara Mellon: Mellon is seen in the same photo as Michael Bloomberg, who was the mayor of New York at the time, and Maxwell at a 2013 book party. Mellon is the co-founder of the luxury Jimmy Choo brand.