An Ohio police officer uttered his last words to dispatchers after he was shot around midnight on July 4: ‘Tell my family I loved them.”

Toledo police officer Anthony Dia, 26, was shot and killed after responding to a report of a drunken man in a Home Depot Parking lot. Dia was shot once with a handgun after he tried to make contact with the unruly suspect, according to a Toledo Police Department press release.

“118 tell my family I love them,” Dia said, according to a transcript of the conversation with dispatchers reported by WTOL 11.

“I can’t copy,” the dispatcher responded. Dia repeated his message, according to the transcript.

This Officer’s life mattered. He made the ultimate sacrifice protecting & serving his community while most were at home comfortably sleeping in their beds. Will any politicians or professional sports teams acknowledge this HERO? May you Rest In Peace Officer Dia. ???????????? pic.twitter.com/s65DdAw2DS

“He bled out, pretty much. They did what they could with lifesaving measures, but there was nothing they could do,” Jayme Dia, officer Dia’s wife of 8 years, told the Toledo Blade.

Dia was struck in the chest, but died despite wearing body armor, according to police. The deceased officer joined the department in 2018, aaccording to the release. 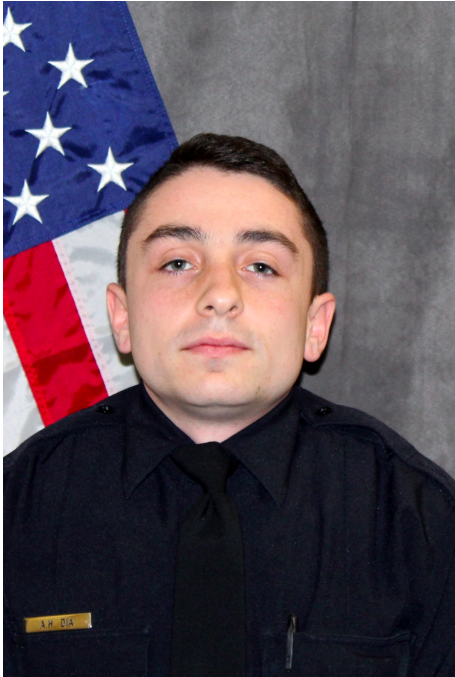 The man who allegedly killed Dia was found dead with a gunshot wound to his cranium after a shot was heard in a wooded area by responding law enforcement. A witness identified the dead 57-year-old as the person who shot the now deceased officer, according to the statement from Toledo police. (RELATED: Here’s A Closer Look At David Dorn, Retired Police Captain Killed Defending A Store From Looting In St Louis)

The family of Officer Dia & members of the Toledo Police Department continue to be overwhelmed by the support of the community & nation. These are just a couple photos taken at events in Toledo. Thank you to each & every person who has shown their support for Officer Dia pic.twitter.com/p14MMcRDbw