Crime has surged at a Minneapolis homeless encampment where a third sexual assault is under investigation in less than two weeks as the number of tents continued to grow, the Star Tribune reported.

After the city’s Park and Recreation Board voted June 17 to allow homeless residents to stay overnight at city parks like Powderhorn Park, the encampments have expanded rapidly. Sexual assaults, assaults with blunt objects, fentanyl overdoses and reports of individuals being chased by others with guns and baseball bats have increased in regularity, the Star Tribune reported.

Hundreds of the homeless migrated across the city following the riots and violence that broke out after the death of George Floyd May 25. 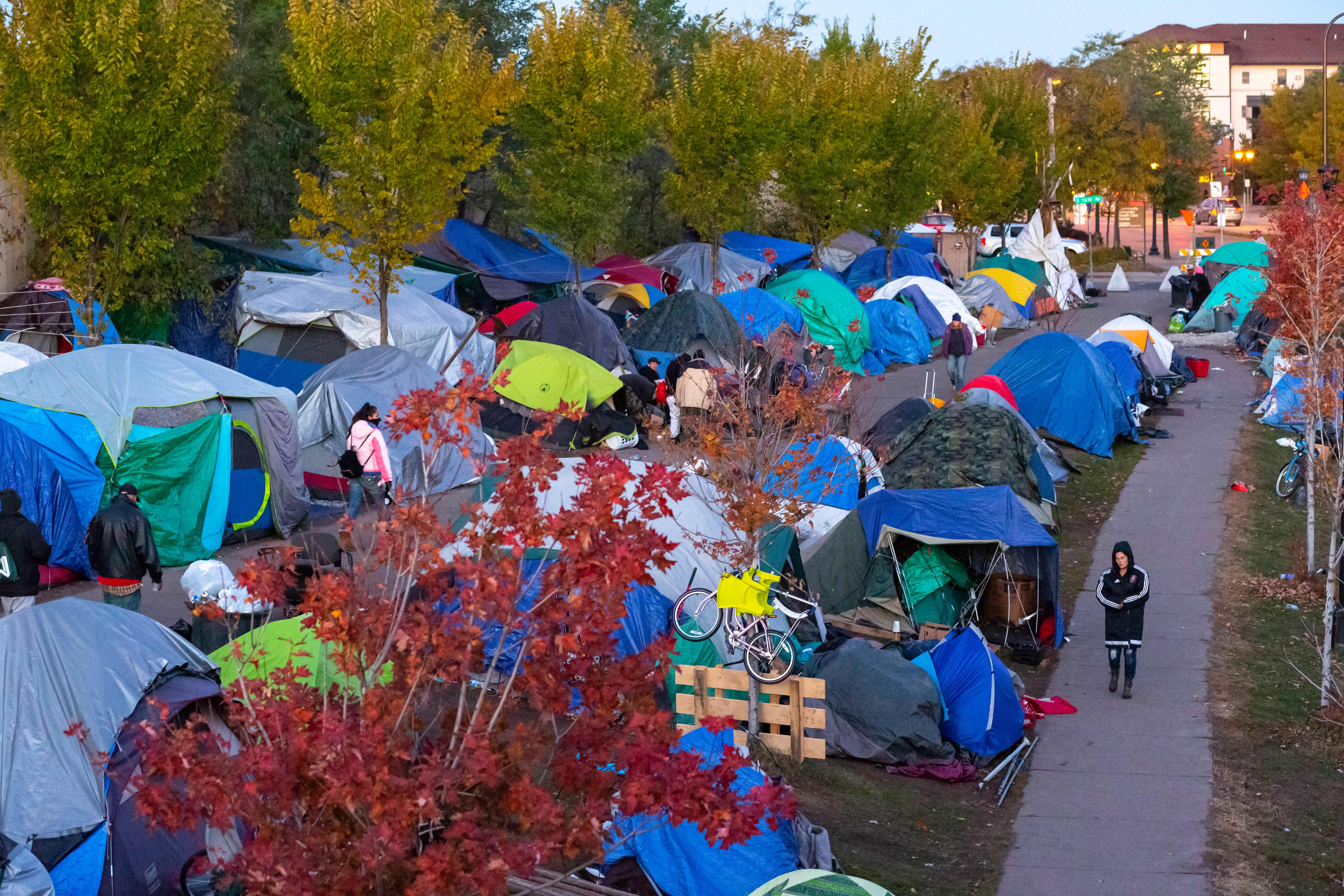 The tent city near the Little Earth housing project which set up on early August, 2018 is along Cedar and Hiawatha Avenues in Minneapolis, Minnesota. (KEREM YUCEL/AFP via Getty Images)

The board estimates more than 800 people live in the nearly 560 tents in the park. Four days after the board rejected a plan that could have restricted the encampments, a man attacked a girl, who was hospitalized, requiring child protective services to become involved.

Social services was contacted in late June when another girl was victimized. Later the same day, a 40-year-old man was charged with groping a seperate woman in their tent after having raped her in May.

A nearby landlord has said her tenants have had their cars broken into, their home’s windows tampered with, among other incidents, causing some people to move out, the Star Tribune reported.

Violence has surged in Minneapolis, where police say 111 people were shot in the four weeks following the death of George Floyd, according to the New York Times.