Jobless claims for the past week were lower than economists had predicted as workers begin returning to their jobs, according to data from the Labor Department shows.

The total number for jobless claims for the week ending in July 4 was 1.3 million, according to the Labor Department data, which is 99,000 fewer claims than the previous week. Economists surveyed by Down Jones had predicted 1.39 million jobless claims, according to CNBC.

Continuing claims dropped 698,000 from a week ago to 18 million after the previous week’s 530,000 drop, CNBC reported. (RELATED: Jobs Increased And Unemployment Decreased In June)

“These improvements in the labor market reflected the continued resumption of economic activity that had been curtailed in March and April due to the coronavirus (COVID-19) pandemic and efforts to contain it,” the Thursday report said. “In June, employment in leisure and hospitality rose sharply. Notable job gains also occurred in retail trade, education and health services, other services, manufacturing, and professional and business services.”

The week ending in July 4 marked the 15th consecutive week that initial claims were above 1 million, CNBC reported, and Pandemic Unemployment Assistance program claims increased by 42,000 from a week ago, totaling at 1.039 million.

Despite the better than expected numbers, this marked the 15th consecutive week that initial claims totaled more than 1 million. Claims under the Pandemic Unemployment Assistance program also totaled 1.039 million, an increase of nearly 42,000 from a week ago. 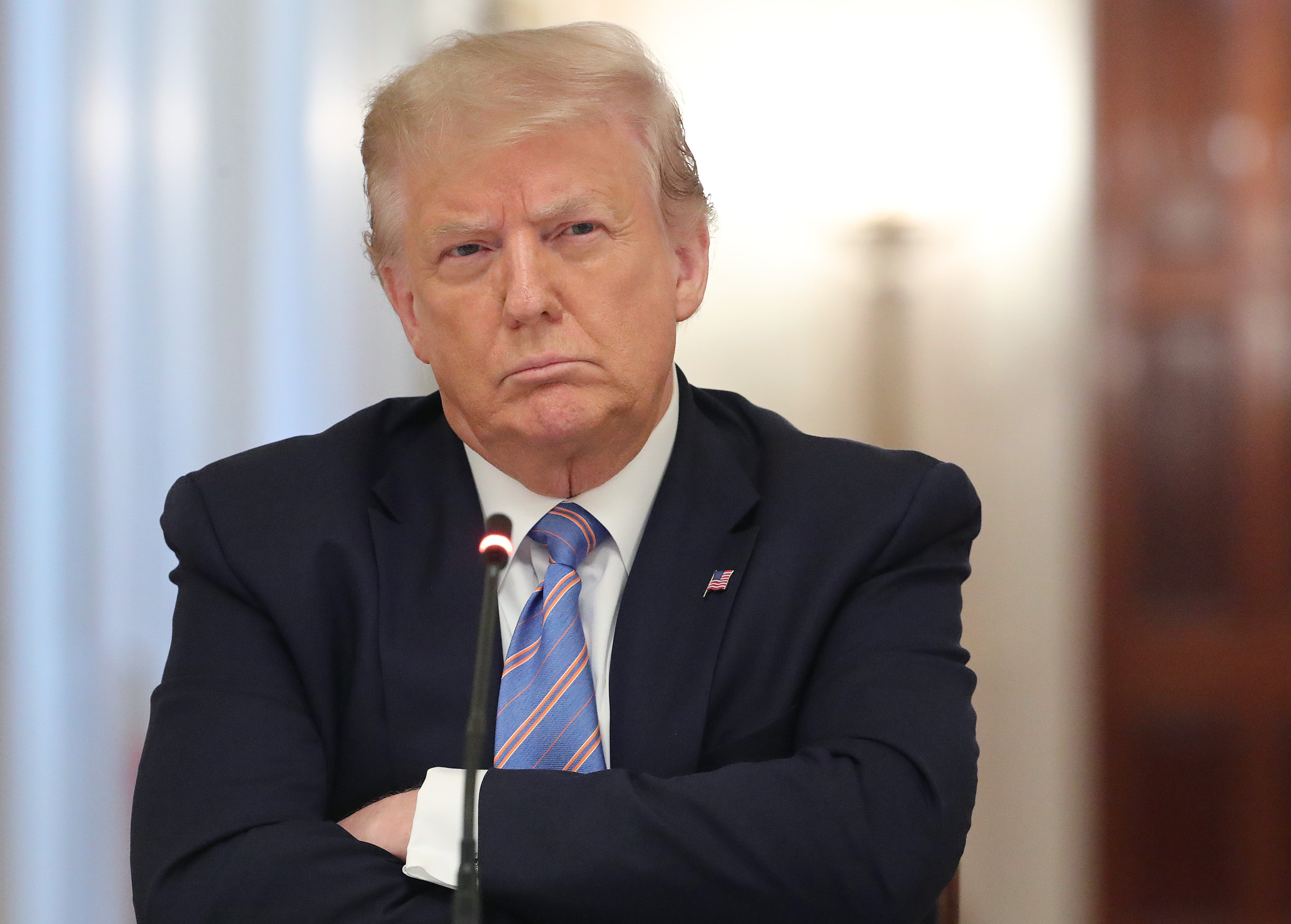 President Donald Trump participates in an event with students, teachers and administrators about how to safely re-open schools during the novel coronavirus pandemic in the East Room at the White House July 07, 2020 in Washington, DC.  (Chip Somodevilla/Getty Images)

News of the weekly jobless claims follows June jobs report numbers showing that the U.S. added 4.8 million jobs in June, while the unemployment declined to 11.1%.

These numbers mark the second month of both increasing jobs and dropping unemployment since the country lost a record 20.5 million jobs due to the coronavirus pandemic closures.