A former United States Attorney for the Southern District of New York refused Friday to address why Ghislaine Maxwell was not arrested for so many years, though authorities were aware of Maxwell’s alleged crimes as early as 1996.

Mary Jo White served as the US Attorney for the SDNY from 1993 to 2002, during which period former President Bill Clinton was in office. White held the SDNY position during the time period in which painter Maria Farmer told The New York Times that she reported crimes by both convicted sex offender Jeffrey Epstein and Maxwell to authorities.

Former President Barack Obama would later appoint her as the 31st Chair of the Securities and Exchange Commission, in which role she served from April 2013 to January 2017. She now serves as senior chair at Debevoise & Plimpton, a New York law firm.

The Daily Caller News Foundation repeatedly asked White why Maxwell was not arrested until July 2020, though reports of her alleged misconduct date back to 1996. On Friday, Debevoise spokeswoman Greer Hunter refused to comment on the matter. 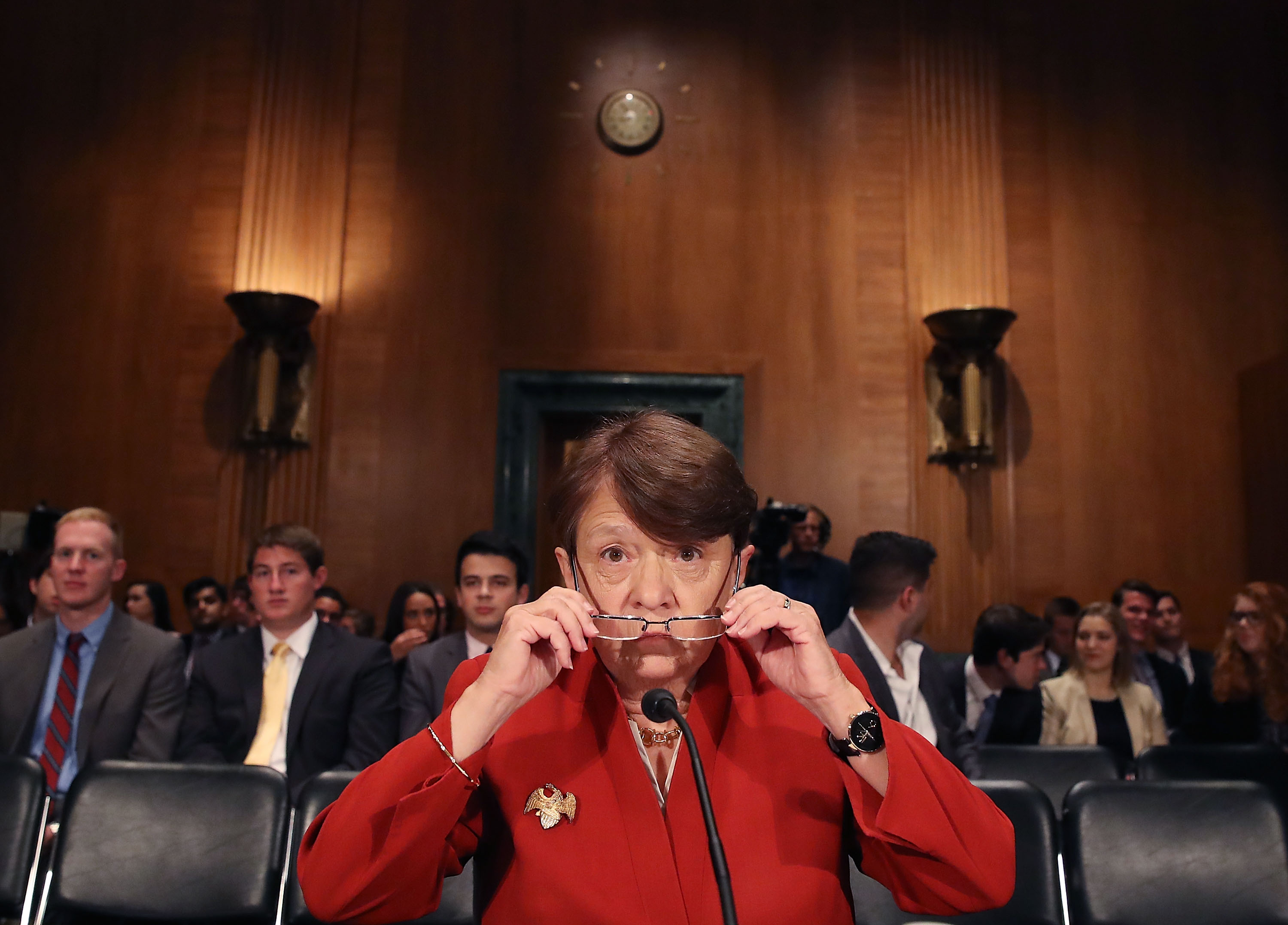 The DCNF also repeatedly reached out to former FBI Director Louis Freeh, who was nominated to be the Director of the FBI by former President Clinton and who served in this roll from September 1993 to June 2001, to ask why Maxwell was not arrested for so long. Freeh did not respond to repeated requests for comment.

Farmer has said that she told the FBI and the New York City Police Department in 1996 that Epstein and Maxwell sexually molested both her and her young sister. She also said that Maxwell had threatened to destroy Farmer’s artwork when Farmer fled after she was allegedly abused.

The NYPD referred her to the FBI regarding her allegations of assault, Farmer said, but took a report on Maxwell’s alleged threats.

Sergeant Mary Frances O’Donnell, a spokeswoman for the NYPD’s Office of the Deputy Commissioner, told the DCNF in an email that Farmer’s complaint was filed for aggravated harassment and not for assault.

The DCNF repeatedly asked whether the NYPD took any action on Farmer’s complaint, but the department has not responded. The DCNF also filed a request for Farmer’s complaint under New York’s Freedom of Information Law, but it has not yet been fulfilled. (RELATED: Federal Prosecutors Refuse To Give More Info On Why It Took 24 Years To Arrest Ghislaine Maxwell)

Farmer has also said that she told the FBI about her allegations that Epstein and Maxwell sexually assaulted her. The DCNF reached out to the FBI on numerous occasions regarding this allegation, but the FBI repeatedly declined to comment and referred the DCNF to the SDNY.

SDNY also repeatedly declined to comment on this matter to the DCNF beyond an emailed statement from spokesman Nicholas Biase: “We bring criminal cases when they are ready to be brought and when we are confident we can prove them beyond a reasonable doubt.”