“Just before deplaning, PressSec came at the back of the plane to tell the pool that because of ‘big storm’, POTUS rally in NH was delayed by ‘a week or two’,” Jerome Cartillier, a White House Correspondent for AFP said in a pool report. 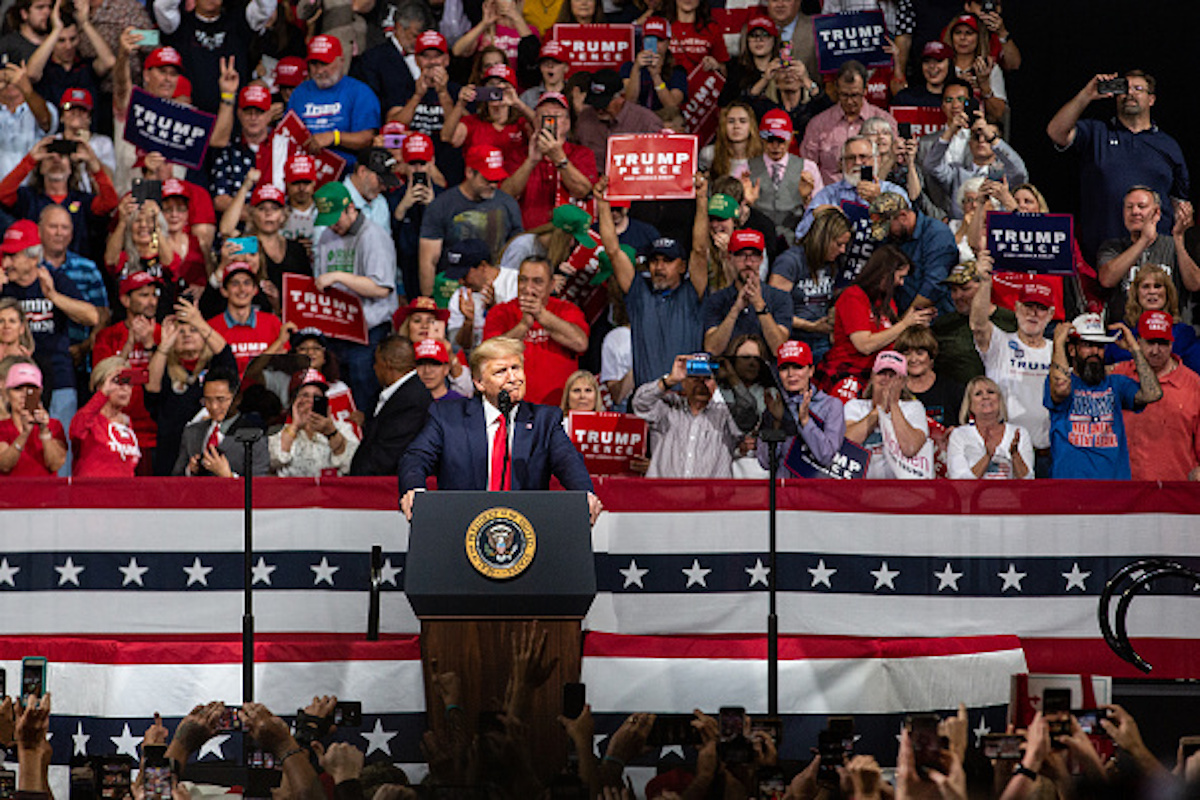 Supporters cheer as President Donald Trump speaks at a rally at the Arizona Veterans Memorial Coliseum on February 19, 2020 in Phoenix, Arizona. President Trump says he will be visiting Arizona frequently in the lead up to the 2020 election. (Photo by Caitlin O’Hara/Getty Images)

The news comes as Trump spoke about Tropical Storm Fay before leaving for Florida. Trump said he was monitoring the storm, according to CNN. (RELATED: Trump Campaign To Push Masks, Hand Sanitizer At Outdoor New Hampshire Rally)

Trump’s campaign said Sunday they would hand out masks and strongly encourage people to wear them at the rally in Portsmouth, New Hampshire.