President Donald Trump wore a mask in public for the first time Saturday during a visit to Walter Reed National Medical Center, near Washington, D.C.

Trump took a helicopter to the hospital to visit wounded military personnel, health care workers and coronavirus-infected patients, the Associated Press reported. Leaving the White House, Trump indicated that he would be wearing a mask in the interest of public safety, telling reporters, “When you’re in a hospital, especially … I think it’s expected to wear a mask.” 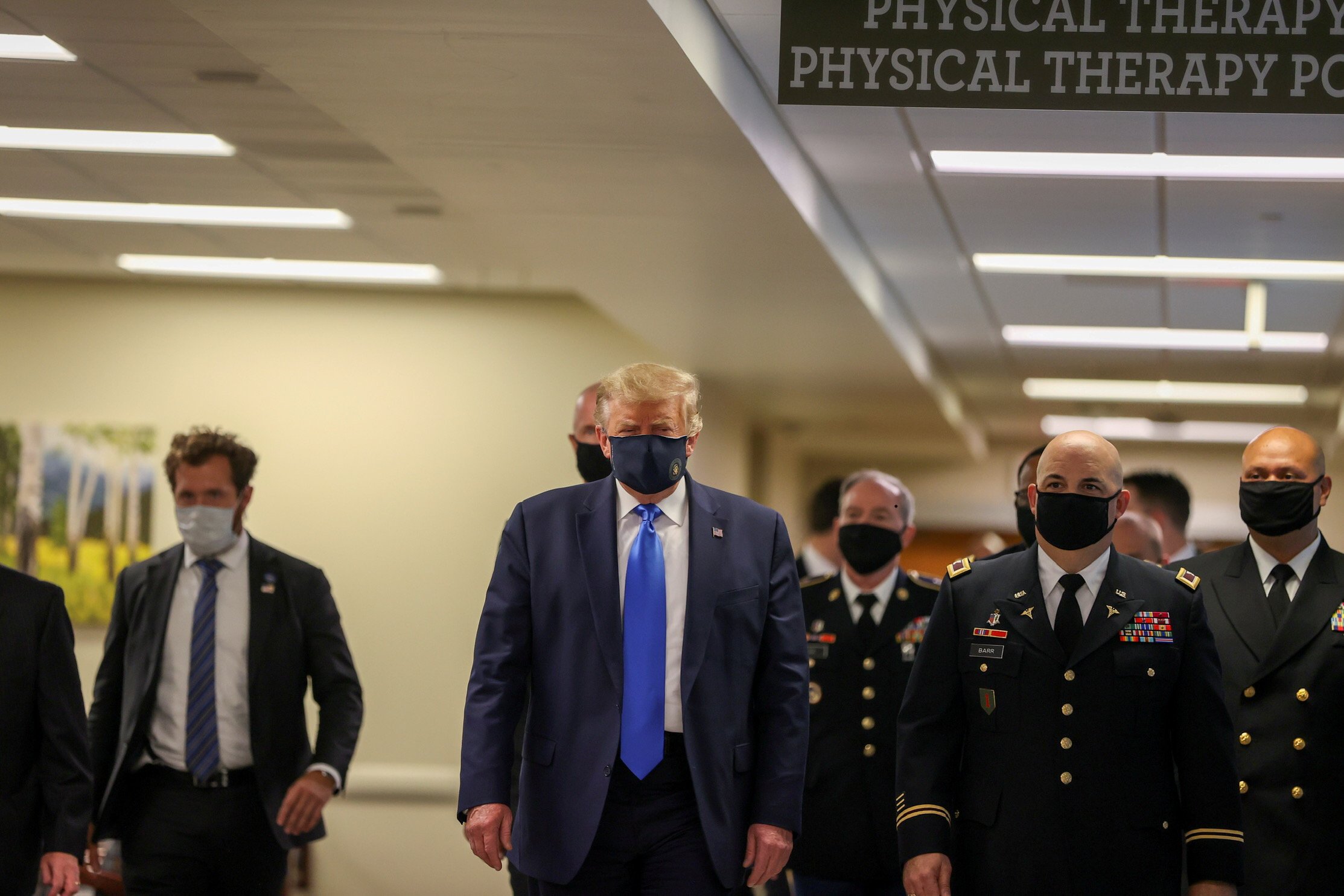 Trump apparently donned the mask sometime between his arrival at the base and his entrance into the hospital. (RELATED: Michigan AG Bans Trump For Not Wearing A Mask, Calls POTUS A ‘Petulant Child Who Refuses To Follow The Rules’)

The president reportedly has worn a mask at another event: when he visited a Michigan Ford plant in late May. One of the company’s executives revealed that Trump was wearing a mask while he was briefed about Ford’s latest vehicles.

Unlike most Democratic politicians, Trump has eschewed the wearing of a mask throughout the coronavirus pandemic and he has not insisted that supporters attending his rallies wear them.

But his attitude has shifted in recent weeks — even though he still maintains that there should not be a national policy requiring that masks be worn in public, even in enclosed places.

The president said during a Fox Business interview that he “would have no problem” with putting a mask on at public events but didn’t think he could demand that of all Americans.

“If I’m in a group of people where we’re not 10 feet away and — but usually I’m not in that position and everyone is tested because I’m the president,” he stated. “They get tested before they see me.” (RELATED: Rally Goers Will Receive Temperature Checks, Hand Sanitizer And A Mask, Trump Campaign Says) 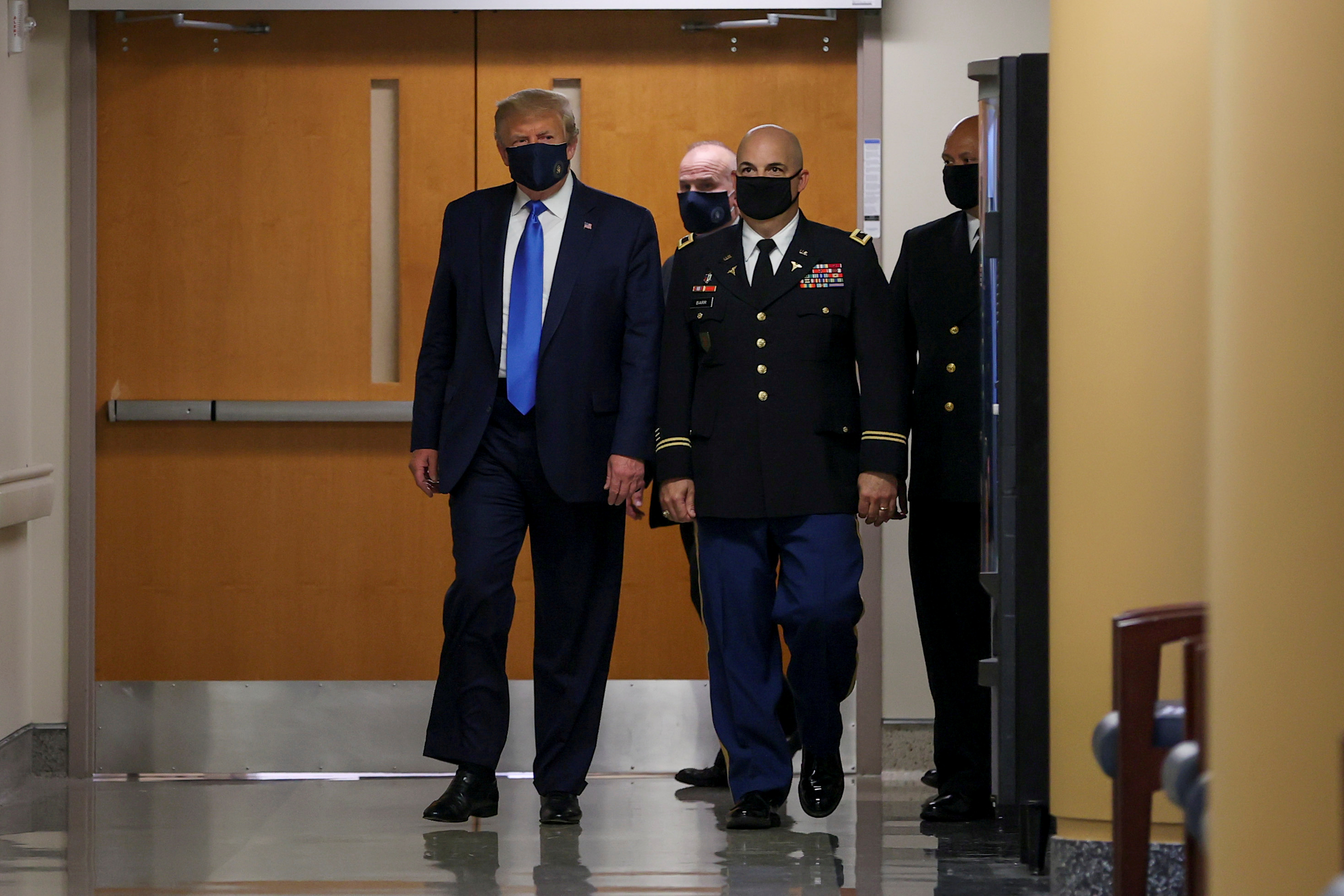 Trump issued an executive order in March that prevented the selling of masks at inflated prices.

Presumptive Democratic presidential nominee Joe Biden has been critical of Trump’s reluctance to wear a mask.

“I think you have to lead by example. And I watched the president yesterday wearing no mask, you know, and some making fun of the fact I wore a mask,” Biden told CNN.