China’s goal is to “raid” the United States and bilk American businesses, Barr said during a speech in Michigan. He also suggested there could be serious repercussions for Silicon Valley companies that give deference to China over the U.S.

“They wouldn’t be sold if they were impervious to Chinese authorities. What we’ve asked for is when we have a warrant from a court, that we should be able to get into those cell phones. That’s the double standard that has been emerging among American tech companies,” Barr said.

Barr singled out Apple and Microsoft and hinted that companies pushing China’s interests could face pushback under the Foreign Agents Registration Act, a law requiring Americans to disclose lobbying on behalf of other countries.

“The ultimate ambition of China’s rulers isn’t to trade with the United States; it is to raid the United States,” he said. “If you are an American business leader, appeasing the [People’s Republic of China] may bring short-term rewards. But in the end, the PRC’s goal is to replace you.” 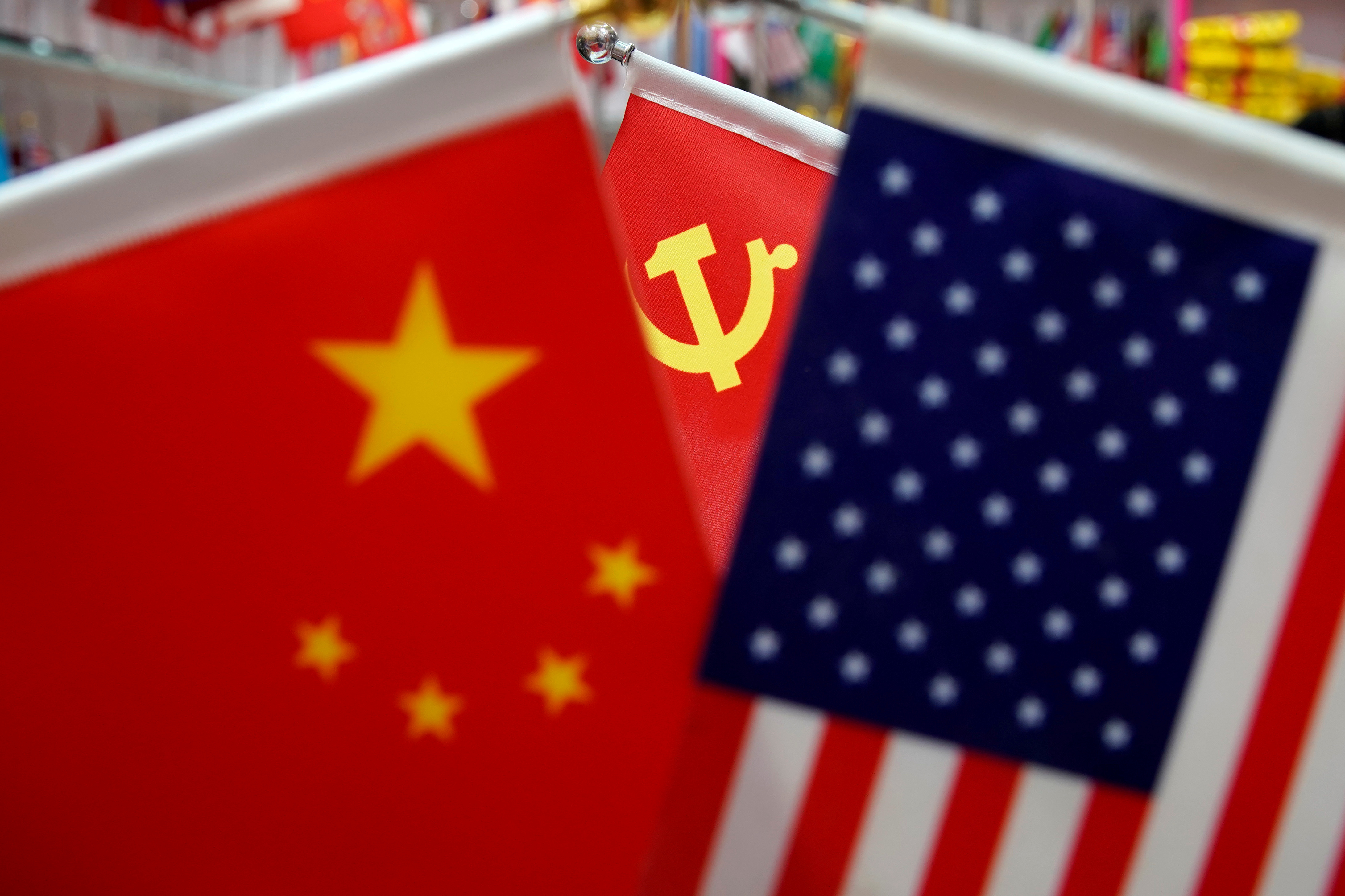 The flags of China, U.S. and the Chinese Communist Party (REUTERS/Aly Song/File Photo)

“Over the years, corporations such as Google, Microsoft, Yahoo, and Apple have shown themselves all too willing to collaborate with the CCP,” Barr said. (RELATED: FBI, AG Barr Accuse Apple Of Providing Virtually ‘No Help’ In Breaking Into Pensacola Shooter’s iPhone)

Apple has faced criticism for complying with China’s demands in years past. The company removed The New York Times app from its Chinese app store in 2017, for instance, in an effort to comply with a request from Chinese regulators, the NYT reported in 2017. Apple also built a data center in China to act in accordance with the country’s cybersecurity laws, which give officials the ability to seize data on political dissidents.

Barr criticized Apple in May for not being more helpful as the Department of Justice attempted to collect data from the iPhone of a man who shot and killed three sailors in Florida. The Justice Department has not explained how the FBI managed to gain access to Second Lt. Mohammed Saeed Alshamrani’s data without Apple’s help.

If investigators had to use tools to guess the shooter’s password, then the effort could have taken anywhere between two days to several years, depending on the uniqueness of the password. A password containing letters and numbers means a larger number of passcodes, making the phone harder to break into.

Investigators reportedly used the data to discover a connection between Alshamrani and an al-Qaeda operative before his 2019 shooting spree.